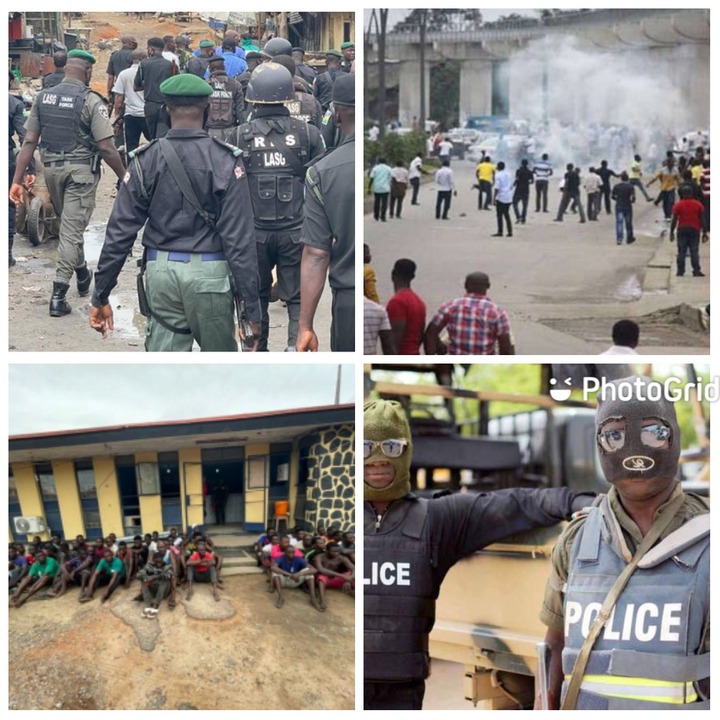 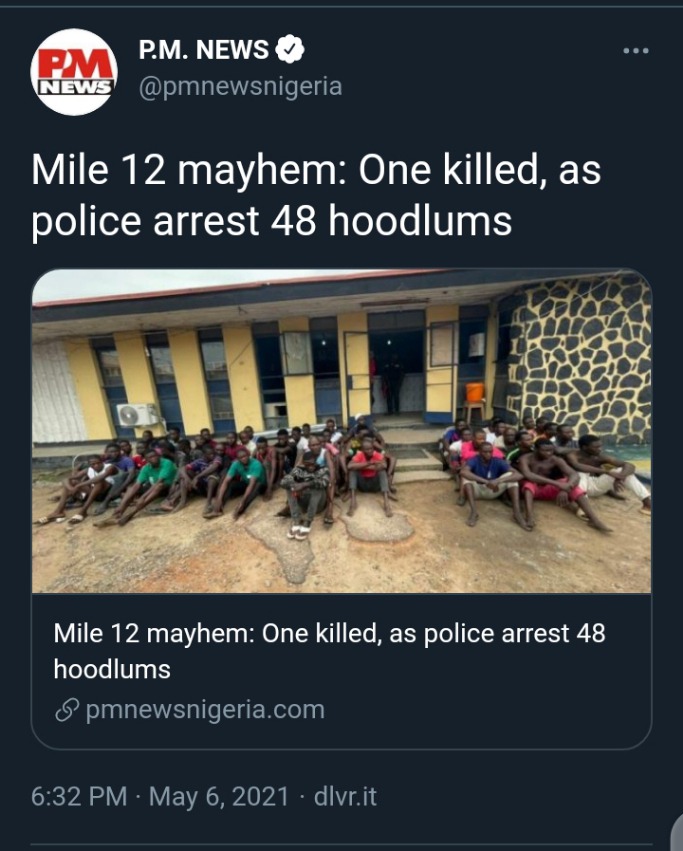 One person has been killed and 48 hoodlums arrested by the police in the mayhem that engulfed Mile 12 area of Lagos, Southwest Nigeria on Thursday.

The State Police Command said it has restored normalcy in the area as it arrested 48 suspected hoodlums.

Crisis had erupted at Gengere Community, Mile 12, Lagos State among some hoodlums at about 1.00 on Thursday 6th May, 2021.

According to Lagos Police Command’s spokesman, Muyiwa Adejobi, in the course of investigation, it was discovered that one Aliyu Shuaibu, stabbed one Sadiq Oloyo, both of Gengere Community. 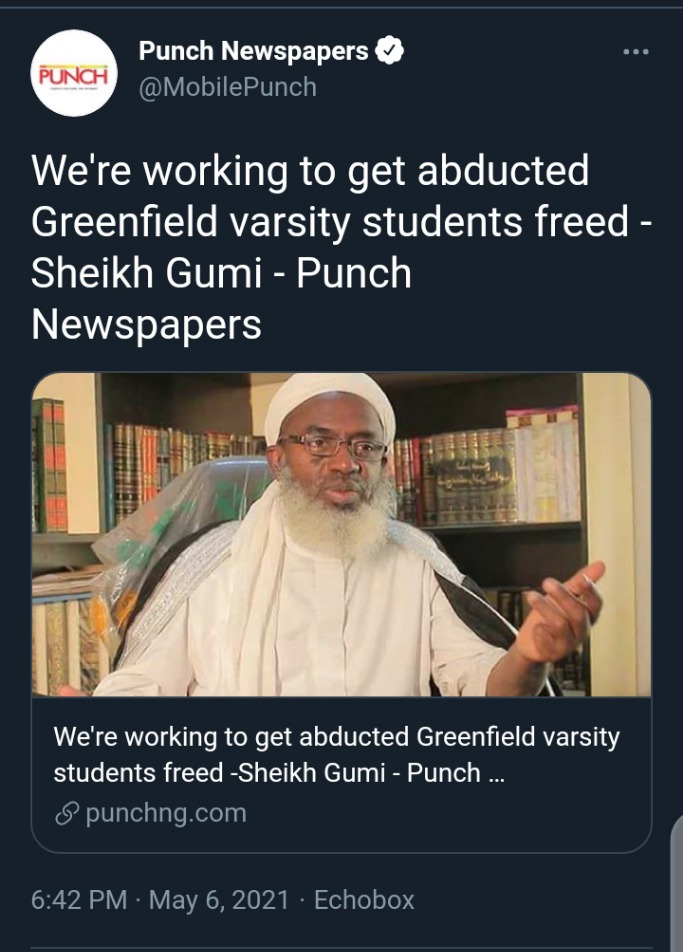 Renowned Islamic Cleric, Sheikh Ahmad Gumi, has expressed optimism that the remaining students of the Greenfield University, Kaduna will soon regain their freedom from their captors.

Gumi said negotiation was ongoing for the release of the students of the privately-owned university abducted by bandits on April 20, 2021.

Few days after their abduction, five of the students were killed by the bandits while the leader of the bandits, Sani Jalingo, said the remaining students would be killed if the government or the parents failed to provide N100 million and 10 motorcycles for the bandits.

The deadline to kill the remaining students had lapsed since Wednesday.

But on Thursday, Gumi while receiving the parents of the 27 Afaka students on a thank-you visit to his Kaduna residence, said the bandits had rescinded their decision to kill the students. 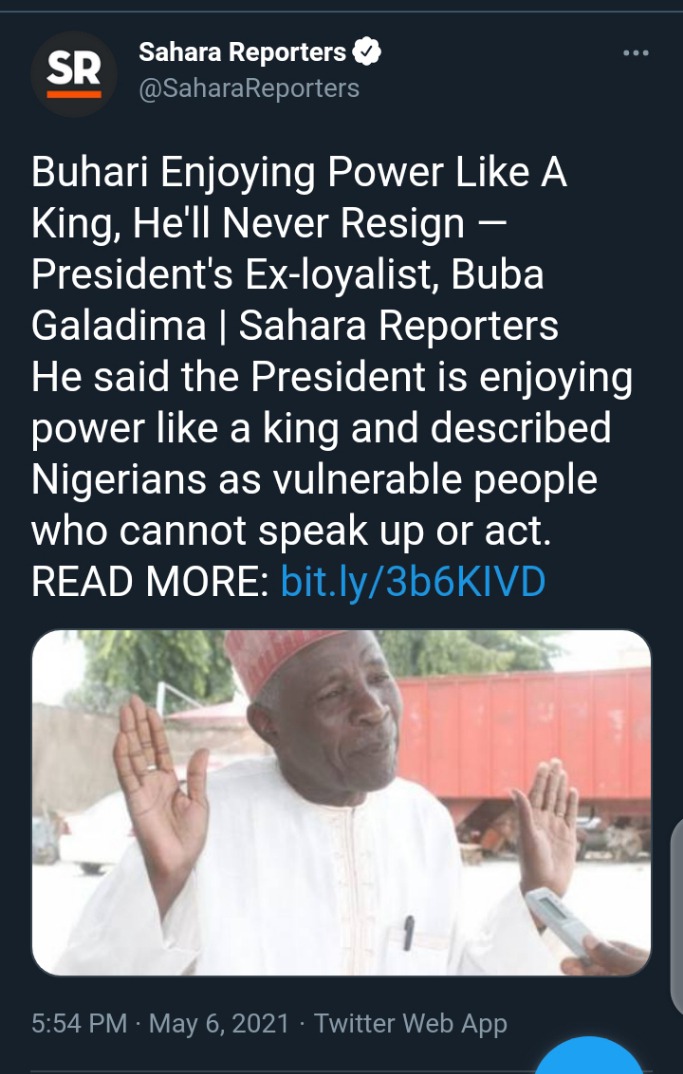 The former National Secretary of the Congress for Progressive Change (CPC), Alhaji Buba Galadima has dismissed any chances that President Buhari will resign or be impeached as some Nigerians have demanded.

According to the estranged friend of President Buhari, such can never happen.

He said the President is enjoying power like a king and described Nigerians as vulnerable people who cannot speak up or act.

"None of the calls will result in anything because he will never resign, he is enjoying power like a king and he cannot be impeached because he is influential and Nigerians are vulnerable. They can't even speak, let alone act. So we are just in for it," he said. 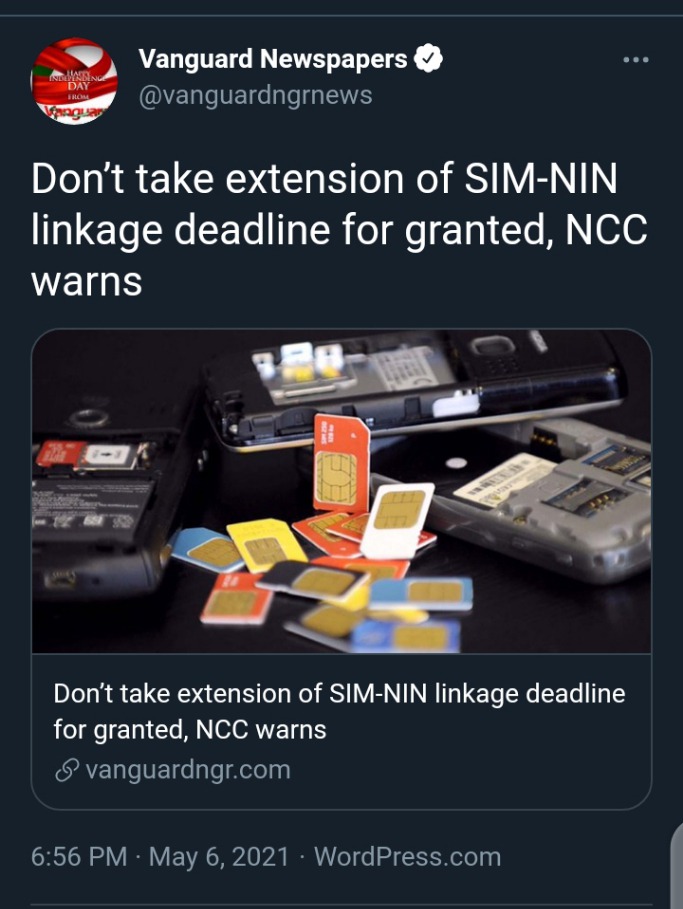 The Nigerian Communications Commission (NCC), has warned telecommunications subscribers not to delay further in linking their SIM cards and National Identity Number (NIN).

It said further delay in taking the advantage of the recent extension of the earlier deadline could catch some of them napping as the federal government may no longer extend the existing deadline.

It also warned subscribers not to stop purchase or use pre-registered Subscriber Identity Module (SIM) cards, which according to him remains illegal and criminal act.