Barry J didn’t kill his boss, the cause of his death has finally been revealed

By unclejoe. (self media writer) | 10 months ago

Remember that it was recently alleged that a popular Nigerian artiste who goes by the name Bharry Jhay, killed his friend who doubles as his record label boss. It was reported that kashy lost his life in Ghana. People from different quarters assumed that Barry Jhay had a hand in his bosses death. The cited a video that was recorded by Bharry Jhay a night before as their reason. In the video Bharry Jhay was seen bleeding all over his face, and he said in the video that he was beaten by kashy. Hence, some people believed it was a revenge attack and that, Barry was responsible for his death. Although some sources said, kashy fell from the corridor of his hotel room. 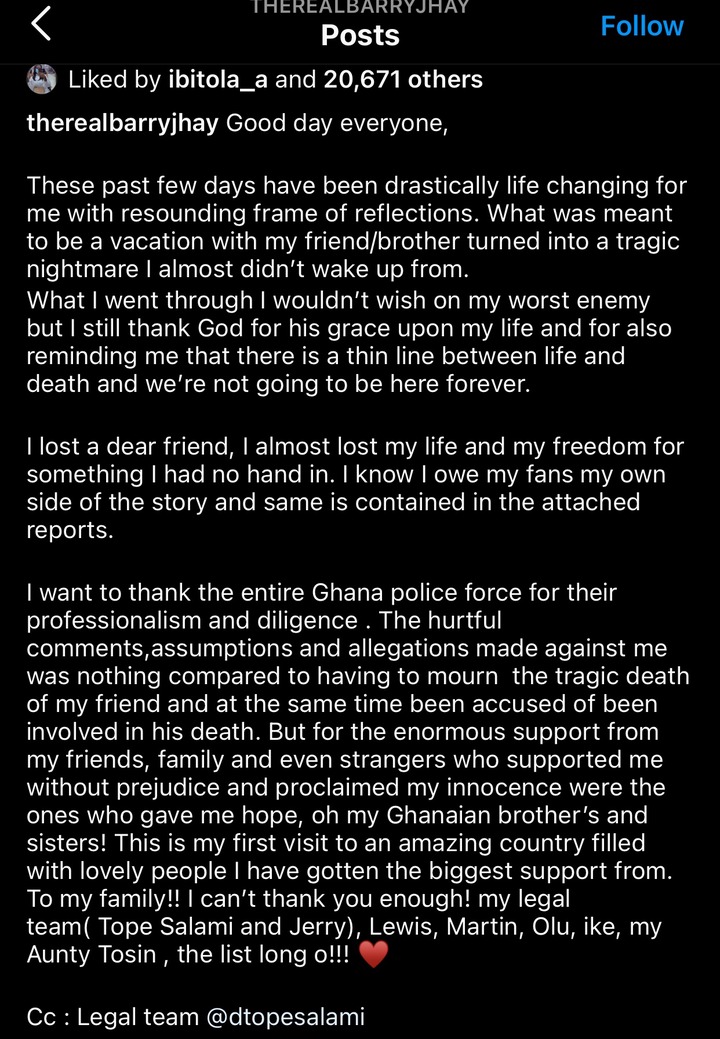 Today, Barry jhay released a series of police and court document that exonerates him of the matter. In the document it was revealed that Kashy fell, while he was misbehaving at the corridor of his hotel room. The documents also said eye witnesses, claimed Barry Jhay was no where around the building when this happened. This was because, he left the building right after Kashy beat him up.

According to what Barry Jhay said on his page, he is free and has been exonerated from the death of his friend. Barry Jhay is once again a free man, has he wasn’t involved in Kashy’s death. May the soul of the departed continue to Rest In Peace. Check out the documents below. 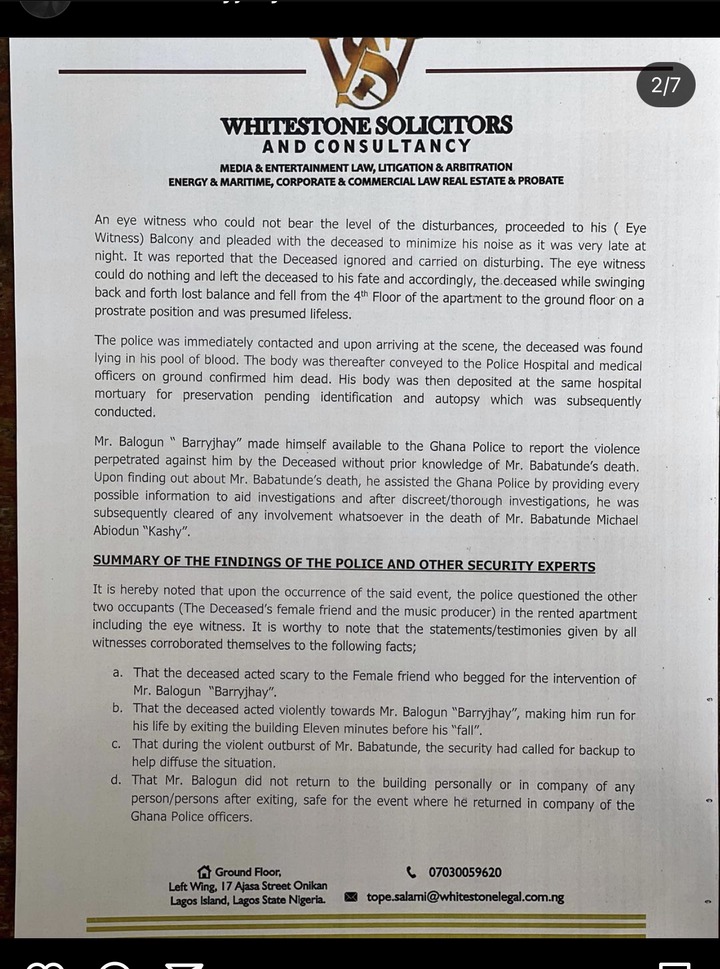 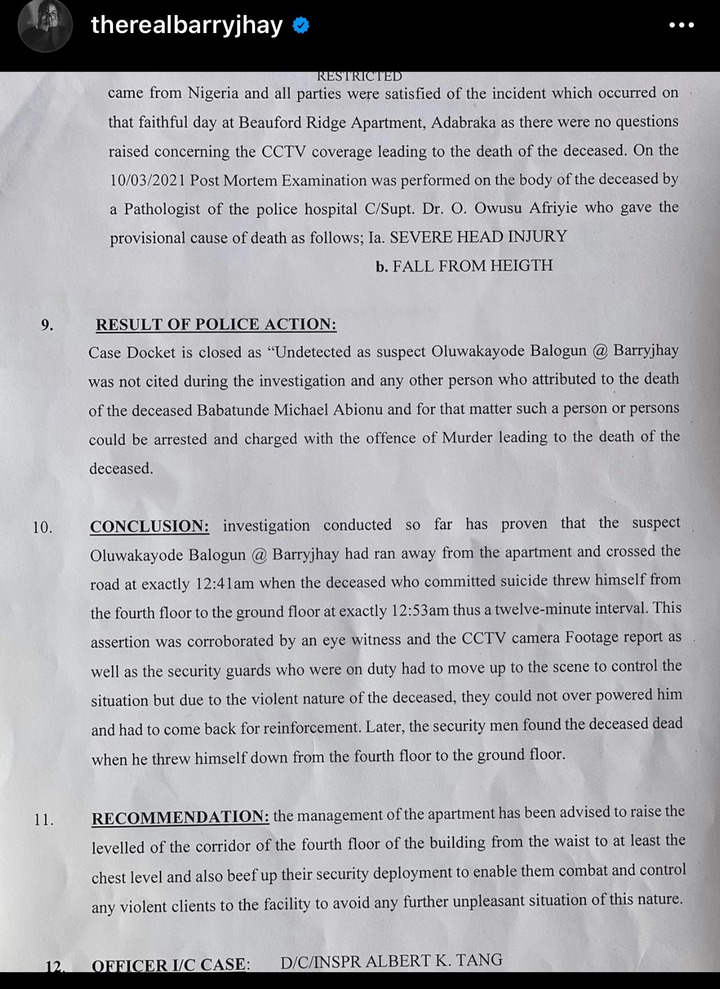 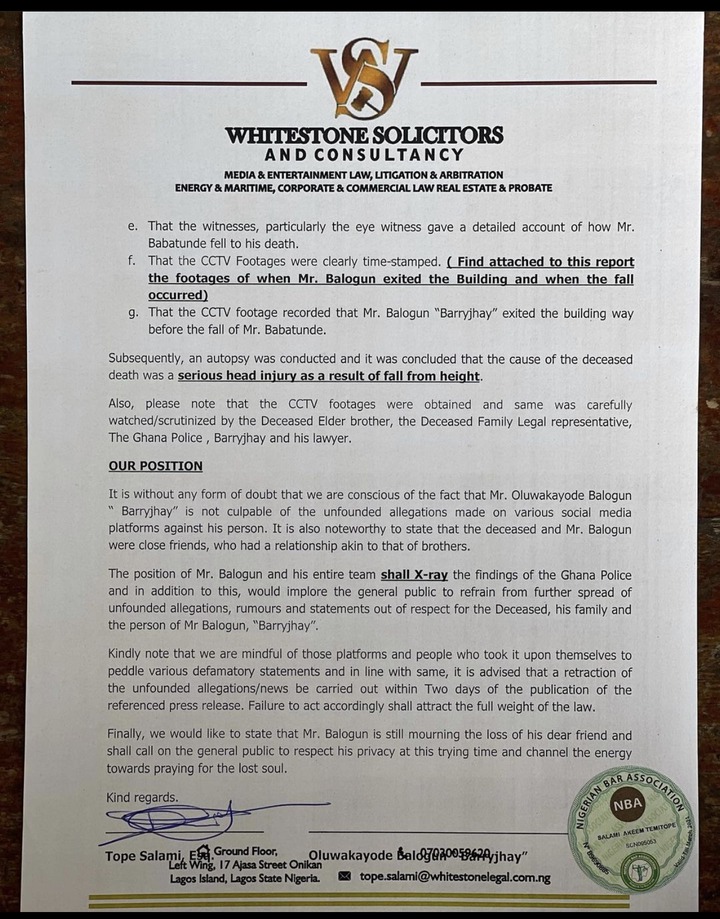 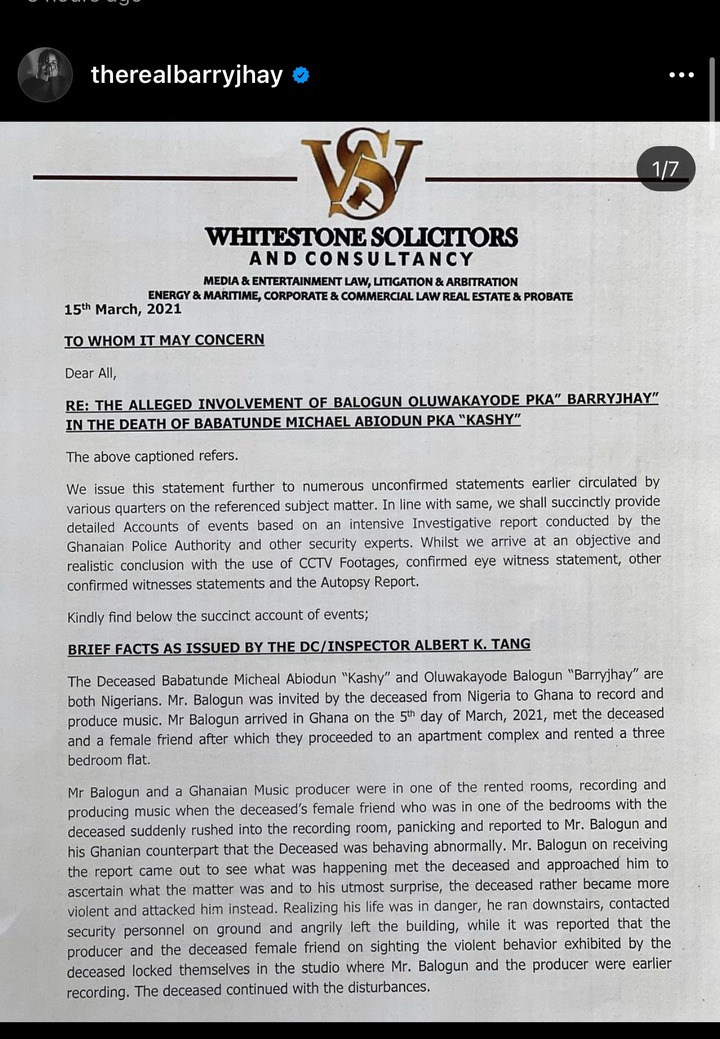