The Benefits Of Consuming Efik And Ibibio Local Delicacies.

By andem1m (self meida writer) | 1 months

Food is any substance that can be consumed by living organisms, especially by eating in order to sustain lives. It is anything intending to supply energy and nourishment to man or living creatures.

God knew that food is essential for the growth and development of man, that is why He blesses man with the varieties of foods like vegetables, fruits, cereals, legumes, nuts and meats.

One needs to understand that the benefits of natural foods is irresistibly strong and enormous as against fragmented or process food. Process food or man-made and synthetic foods are devoid of so many nutrients and life giving substances needed for optimum health.

Natural foods have been provided for mankind by nature, and by the very nature are the perfect foods for the human to thrive and survives on.

A delicacy on the other hand is usually a rear or expensive food items that is considered highly desirable, sophisticate or peculiarly distinctive within a given culture.

A local delicacy is not just any food, it is a special food, unique or unusual.

Nigeria is blessed with various local delicacies in basically all ethnic groups. For example, the yam porridge locally known as Asaro by the Yoruba and Igbo tribes, and Iwukobia by the Efik and Ibibio tribes, is one of the meals commonly the available delicacies.

These types of foods, according to the ancient stories of Efik and Ibibio tribes, have been held at a high degree among other delicacies. Other ethnic groups like Tiv, Yoruba, Igbo, etc. also find them very delicious and serves in styles. 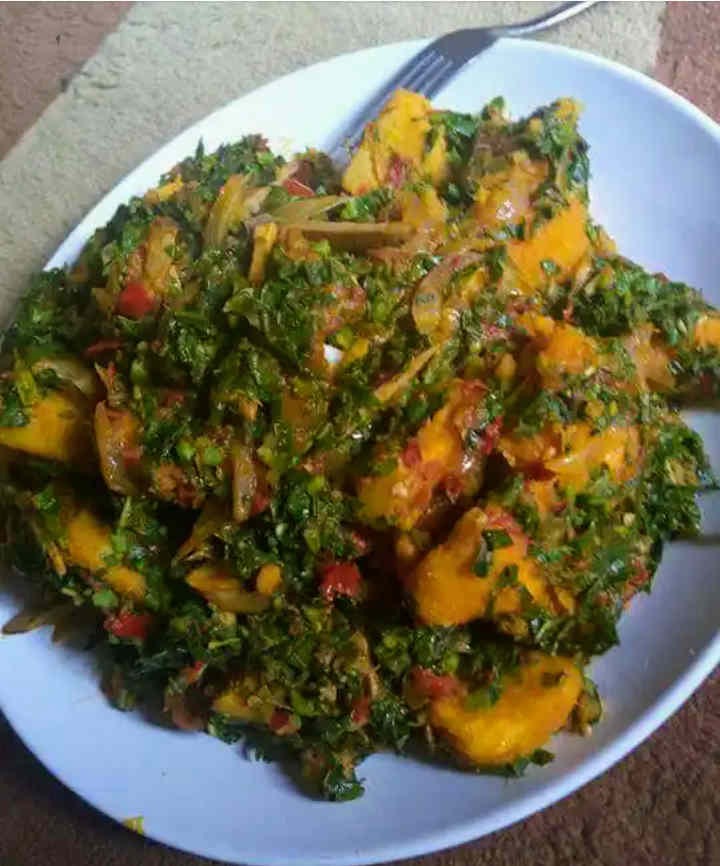 A typical Yoruba man will enjoy his asaro with efo riro (green leaves), and atadijin (fried stew) with all assorted fish and meats, so it is with a typical Igbo man, who prefer his yam with palm oil, enough meats and dry fish crown or crawfish, spinach, green leaves or bitter leaves as the case may be. 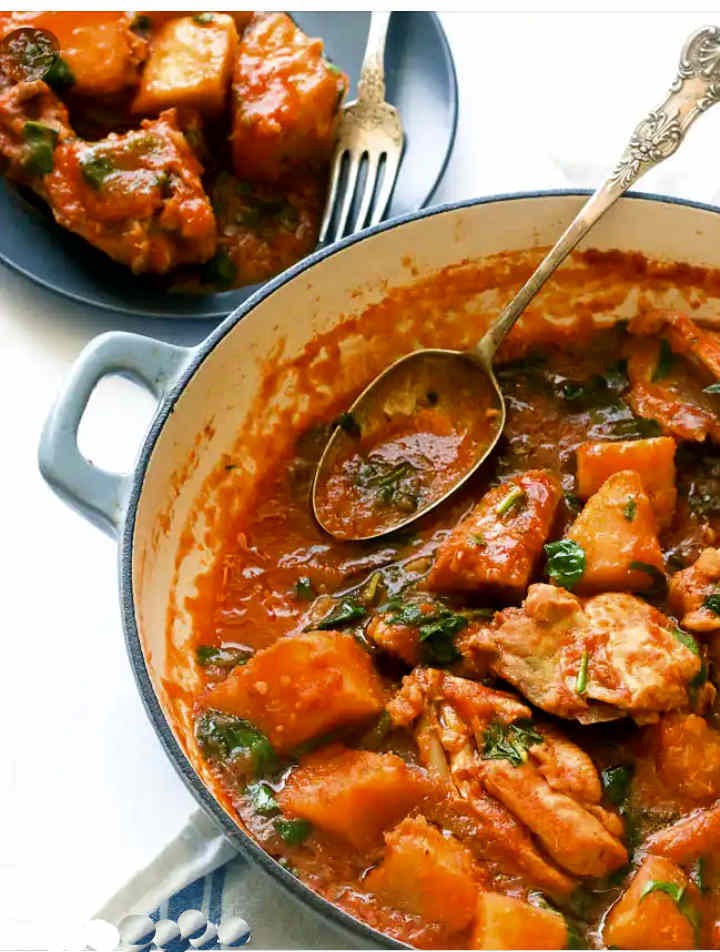 On the other hand, a typical Efik or Ibibio man will enjoy his Iwukobia with the arrays of chewable like snails, smoke fish, stock fish, periwinkles, palm oil and nkong (pumpkin leaves), or ntong (scent leaves) which gives the best taste. 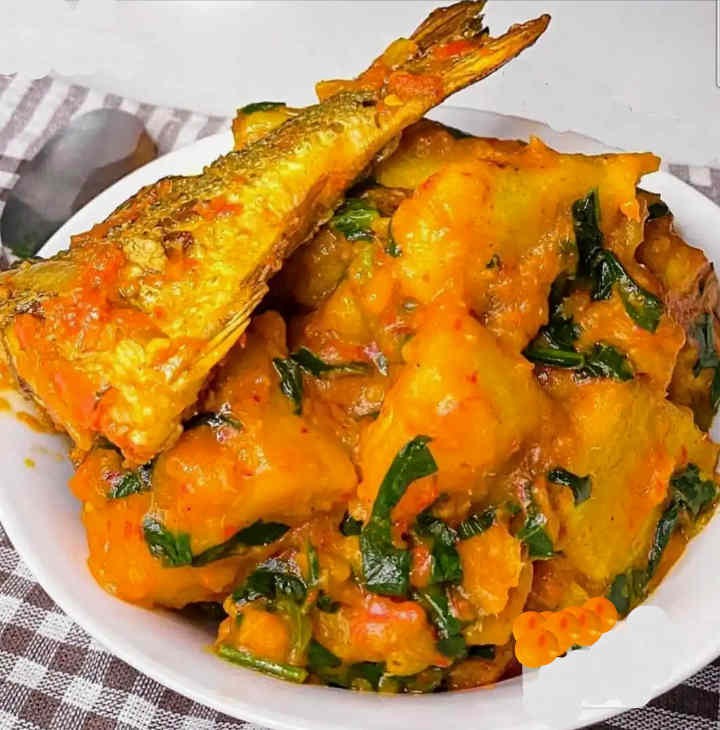 OTHER DELICACIES OF THE EFIK AND IBIBIO TRIBES

Other local delicacies among the Efik and the Ibibio tribes include; Edikang ikong soup, Afang soup, and the popular Ekpang nkukwo. Which has become favourite for people from other cultures in the country.

Nutritionally, Edikang ikong soup is rich in vitamins A and E, present in pumpkin and water leaves. Also, the palm oil used in preparation saves as a powerful antioxidant rich in better carotid, not to mention being cholesterol free, and containing hard friendly cooling coenzymes. 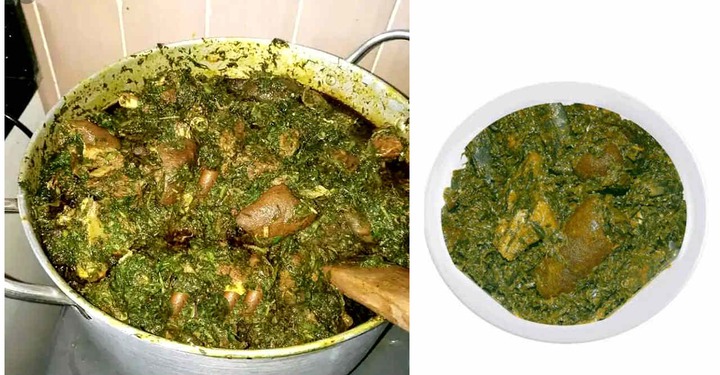 Afang soup, according to nutritionists, is a good source of saturated fatty acids which make up the high density Lingle proteins which helps to remove other forms of cholesterol from the blood stream.

The afang leaves used in the preparation are rich in iodine and helps in preventing coital. Also, experts say it is useful in managing diabetes as water leaves help to slow down the digestion, and conversion of starch to simple sugar. It is also a rich source of vitamin C which increases the body's resistance to disease. 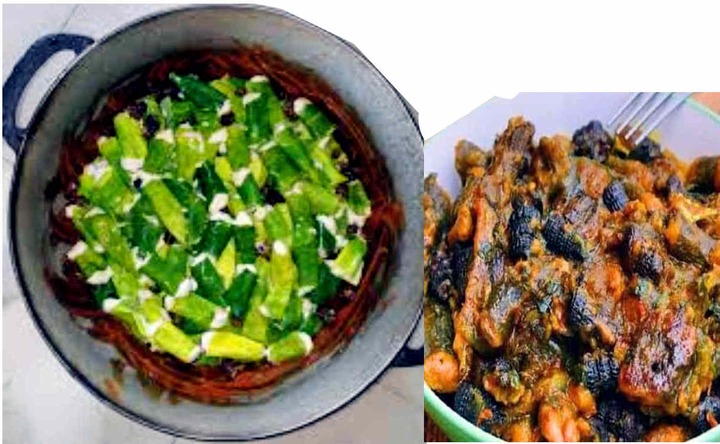 Water yam and cocoa yam padding known in vernacular as "Ekpang nkukwo", is known for its richness in vitamins which are presented in the combination of these two tubers. It is equally a local rich food which is good for weight loss or management. And is also known for its abundance in sodium which helps to prevent cancer, and has high rate of protein content.

Ekpang nkukwo, according to research, has to stabilize menstrual flow and as well as prevent cardiovascular diseases, leprosy, and is rich in dietary fiber. With food as the primary necessity of life, families should have a substantial insulin on the food of this type for consumption.

Mothers should practice a farm-to-pot-to-mouth policy in their homes. This, experts say, can help to stop an increase in coronary thrombosis; heart diseases or heart attack caused by consumption of junk foods.

It is held that junk foods cause fluctuations in blood sugar levels and put the human metabolism under stress, affecting the brains functions. It's stated that, fat from junk foods turns to replace healthy fats in the brain, and interfere with the functional signaling mechanism.

Studies also show that fat from junk food slow down the ability to learn new skills. It damages the kidney, the liver, causes diabetes and increases the rate of cancer. It is therefore important to encourage the study of food and its nutritional values in school, so that younger generations will benefit from eating local foods.

The relevant agencies should be alive to the responsibilities of providing clear and appropriate information on foods which are locally grown and consume, and make it available to the populations while stimulating efficient agriculture.

Content created and supplied by: andem1m (via Opera News )