The group disclosed that it has gathered information about how the Navy are harassing indigenes moving to and fro Cameroon-controlled areas in search of members of the group. 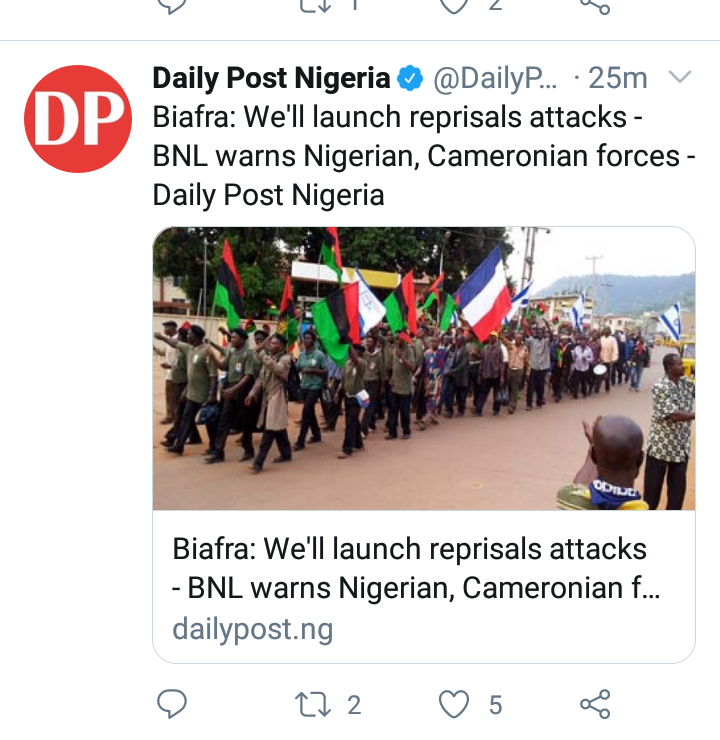 Rising from it’s leadership meeting in the Peninsula, BNL through a statement jointly signed by the National Leader, Princewill C Richard, Deputy National Leader, Ebuta Akor Takon, Chief of Staff, Linus Essien and operational commander in Bakassi, said that the activities of the security operatives won’t save oil companies still operating in the Gulf of Guinea.

BNL warned that any security operatives that first attacked it’s members be it from Nigeria or Cameroon there shall be reprisals.

They, therefore, called on all Service Chiefs to caution their men, saying that the operatives needs to be educated on professionalism.

2) Nigerian Army hands over ‘kidnapper’ to police in Calabar. 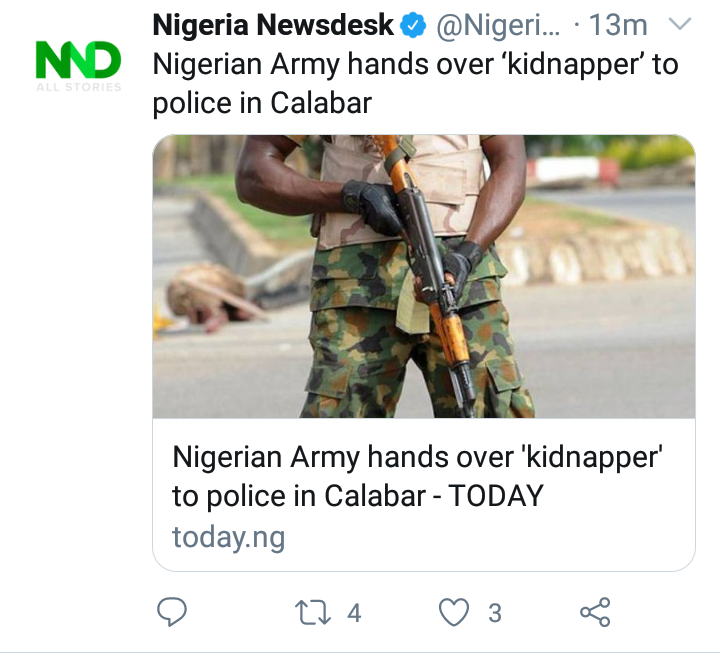 Mohammed, who was represented by Maj. Stanley Ikpeme, said the suspect was arrested on 10thMarch and hails from Ibiono Local Government Area of Akwa Ibom.

According to him, during preliminary investigation, the suspect confessed to have lured his victim, one 18-year-old James Ade through social media from Ikom to Umoh Orok.

The suspect who hails from Ibiono in Akwa Ibom was arrested by troops attached to Operation Akpakwu in Calabar-South. 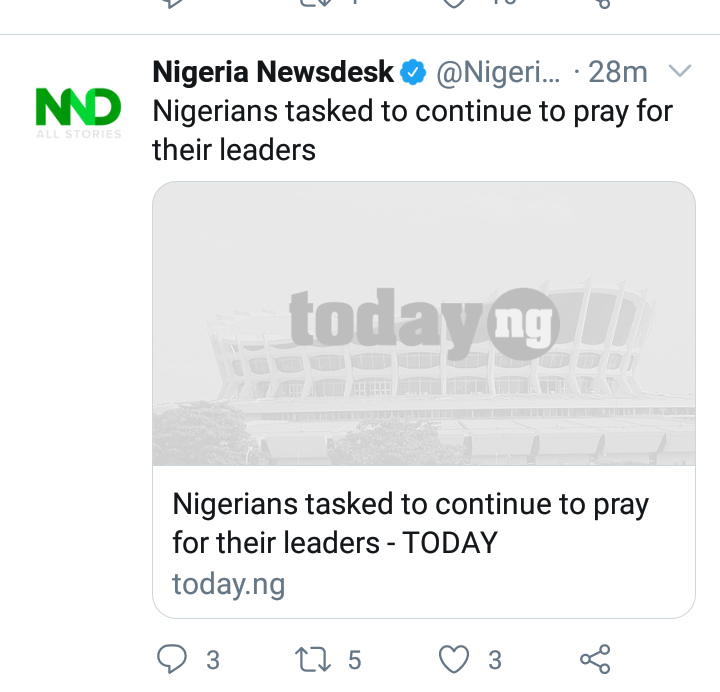 Emir of Kano, Aminu Ado Bayero and the Etsu Nupe, Yahaya Abubakar as well as the leader of the "Tijjaniyya Islamic Movement in Nigeria", Sheikh Dahiru Usman Bauchi made the submission at a special prayer session organised Friday night at the National Mosque in Abuja.

The national prayer for peace and unity in Nigeria was led by the World leader of the "Tijjaniyya Islamic Religious Movement", Sheikh Muhammadul Mahy Niass and the Grand Khalifa, Sheikh Dahiru Bauchi.

Sheikh Bauchi advised religious leaders in the country to preach and pray for continuous peace and stability of the country, adding that it is only when there is a peace that the country can progress and record meaningful development.

4) Fire Breaks out at Otedola Bridge in Lagos.

A raging inferno on the popular Otedola Bridge in Lagos State has led to a heavy gridlock on the Lagos-Ibadan expressway and other parts of the state. 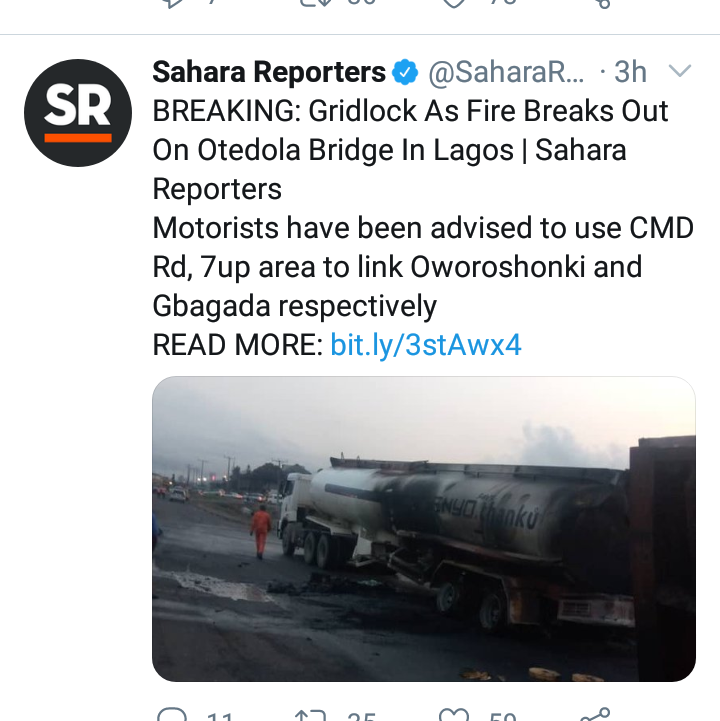 According to "Daily Trust", an accident involving two tankers, a trailer and two cars led to the fire outbreak.

Emergency responders comprising the Lagos Fire Service, the state Emergency Management Agency and the State Traffic Management Authority, among others, are on the ground to put out the fire and clear the expressway for vehicular movement.

On their Twitter page, LASTMA said that the accident is affecting traffic backwards Motorway-7up to Alapere presently.

So, what advice will you give to Lagos State Government over the fore outbreak at Otedola bridge?.