By TupNews (self media writer) | 1 year ago

The people of Amoke, Apa local government of Benue state has witnessed another sad moment as a Gas tanker explode while carrying gas to some filling station.

According to reports, the tanker was seen with fire before it eventually fell into a gutter close to a popular filling station located along Otukpo-Apa road. 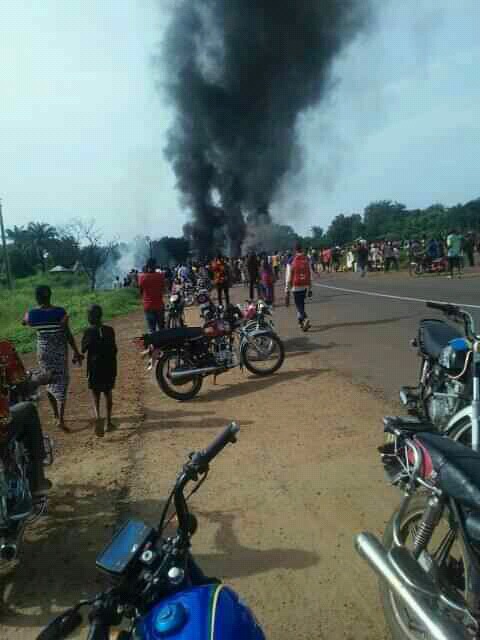 According to the source, the tanker was said to be conveying gas to some filling stations in Ugbokpo, Apa local government of Benue state before the tragic incident.

According to an eyewitness, he said, "the tanker supplying gas fell into a gutter close Gabbro filling station, along Otukpo/Oweto road, causing a heavy explosion."

The explosion caused heavy traffic along the road as people and motorists scamper for safety. Two casualties were recorded as the result of the accident while several others were seriously wounded. 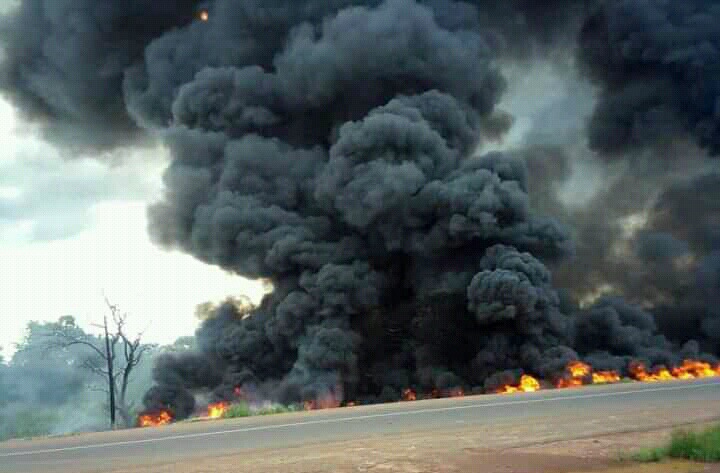 An eyewitness who pleaded on condition of anonymity disclosed that the tragedy occurred about 9 am, 28 June 2021, while farmers and villagers were going to their various farms.

The Otukpo/Oweto road is said to be the main road that links the people of Apa and Agatu to another part of the state alongside other neighbouring states like Kogi and Nassarawa.

"This incident that occurred today brings it to the third accidents involving tankers on this road this year," the source added

"Two tragic accidents like this have occurred in the last few months which claim many lives and destroyed properties worth millions of Naira." 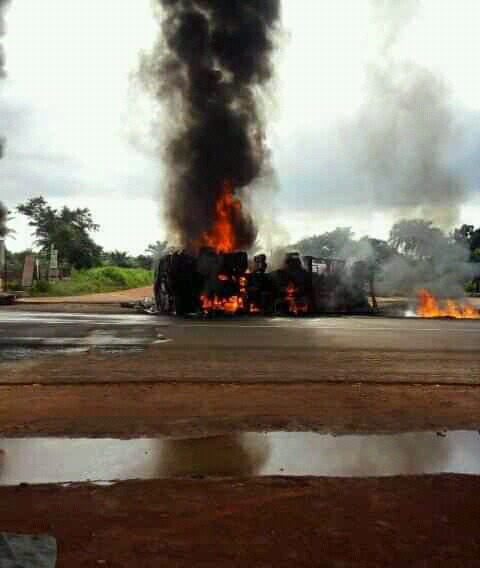 The rate at which tankers and heavy duty vehicles are having accident this days is becoming alarming and needs urgent attention.

May the souls of the people that lost their lives rest in peace, Amen.

Content created and supplied by: TupNews (via Opera News )