By Limelightechoes (self meida writer) | 18 days

A houseboy named Emmanuel Akpan have been arrested by the Ondo State Police command for killing his madam, Mrs. Febisola Adebayo.

While narrating the incident, Mr. Akpan said that he hacked his madam to death while she was sleeping at Ifokanbale Street, Ondo town. 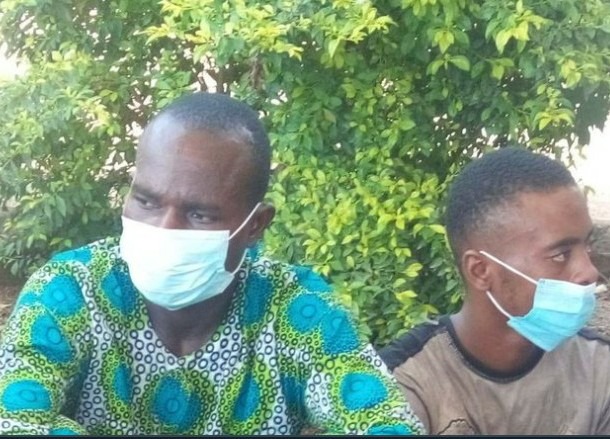 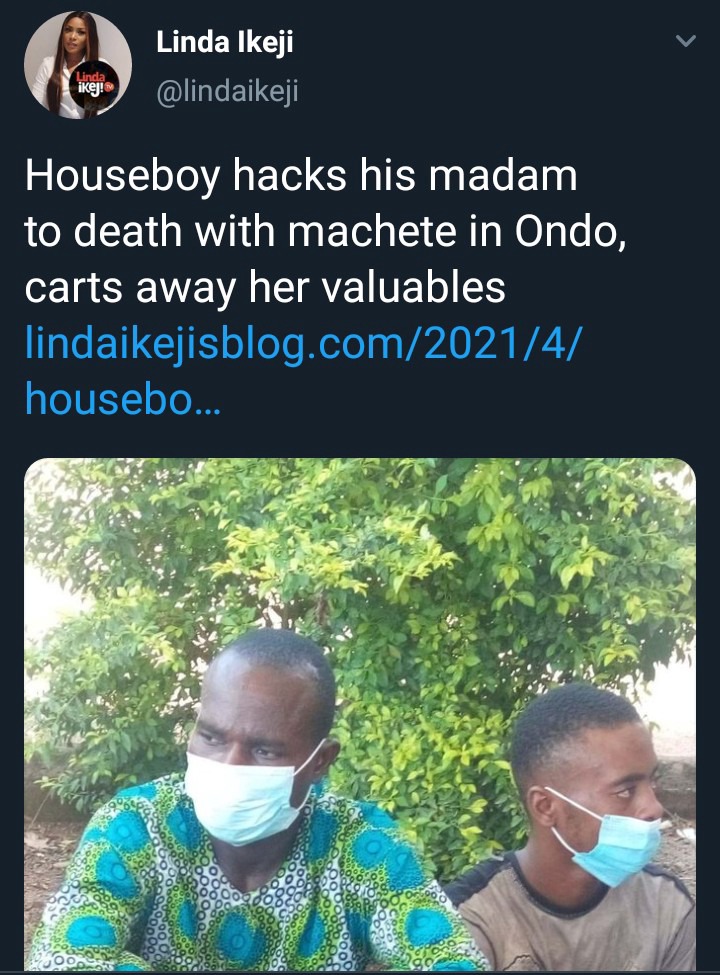 While begging for mercy, the suspect Mr. Akpan said he is regretting his action. As he was pushed by the devil to kill his madam. Adding that he found only 3500 Naira in the house as against the claim by Mr. Goodness that she kept huge sum of money in the house.

While parading the suspect, Mr Akpan and his accomplice, Mr Goodness, the State Commissioner of Police, CP Bolaji Salami, have told newsmen in Akure that they will be charged to court once investigation is completed.

LAGOS ATTACK: IPOB Leader Finally Reacted, See What He Said About The Plot