I'll act as driver, while another will wear our dad's camouflage to deceive passengers- Suspect says 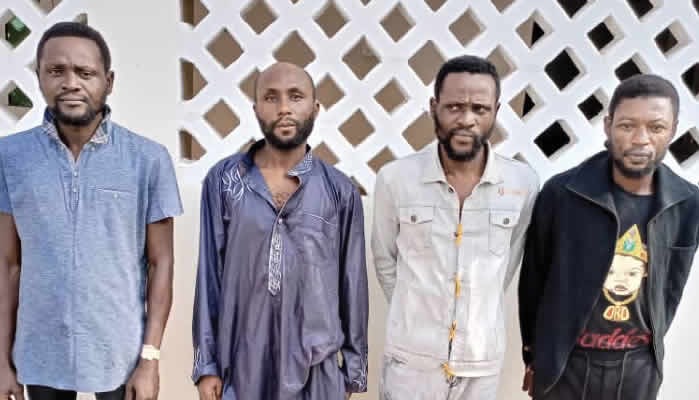 According to a news that was posted by Punch Newspaper this morning, it has been alleged that the men of the Lagos State Police Command have successfully apprehended a four man robbery gang who specialized in robbing the unsuspecting residents of Lagos State, as it was alleged in the confessions they made, they revealed that they have gone for so many robbery operations.

While they were been paraded, it was alleged that two out of the four arrested criminals were twins and that, their fathers of the four suspects are retired military personnel, as it was made known that the father of Taiwo and Kehinde Ojomo died along time ago.

While police operatives were talking, it was made known that policemen started trailing the suspects after they snatched the car of one of their victims at gunpoint last year August and after incident, Mr Abiodun who happens to be the owner of the car petitioned the Inspector General of Police and when police started investigation, it was difficult to arrest the suspects because they were all living inside army barracks in Ikeja Cantonment.

It was alleged that when police operatives wanted to arrest them, they trailed one of their customers who do buy stolen goods from them to Alaba International Market and it was their customer that told them that, there is a bigger robbery operation someone wants to bring to them and that they will be meeting at a hotel in Idimu area of Lagos State.

When police got to the hotel, they met them drinking as they moved in on them and arrested all of them and during questioning, Taiwo made it known that it was Kehinde that introduced him into armed robbery, as he alleged that he dropped out of secondary school because their father died and there was no money.

He made it known that if they want to go for one chance operation, one of them will pretend like a genuine car driver and another person will wear the military uniform of their late dad and when people see this, their minds will be at rest and they will enter and when they do, they will rob them of their valuables.

Taiwo made it known that they do operate on Lagos to Abeokuta Express way, Igando, Ikorodu axis and that, the stolen gun that was recovered from them was bought from Benin Republic. 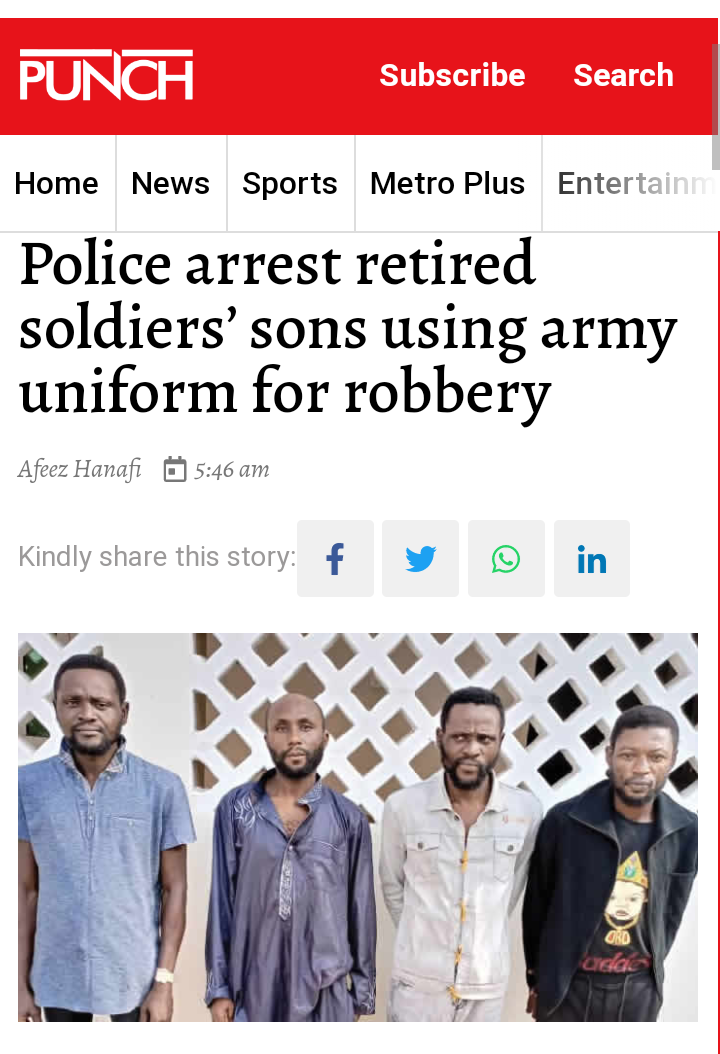 Throwback; Checkout The Burial Poster Of This Nigerian Man Which Shows That He Died At 170

3 Basic Accessories Every Woman Needs To Complete Her Wardrobe

4 Reasons Why Men Have A Shorter Life Expectancy Than Women

Fashion Wears That Will Leave You Awestruck (Photos)

Video: Sad Moment As Man Proposed To His Girlfriend Who Has Only 1 Month Left To Live.