After Court ordered Police to Pay N20M for illegal Detention, see what Aisha said about the Police

Nobody is above the law, whenever anyone goes against it, he or she must face the law no matter what office the Person occupies. Keeping someone in detention without a genuine Reason is a Crime. And some Police men who detained an Orphanage Owner illegally, will be regretting their actions after the Court passed a judgement against them. Some men of the Rivers State Police Force, illegal detained an Orphanage Owner, and the Court stepped in and gave Justice to the victim. 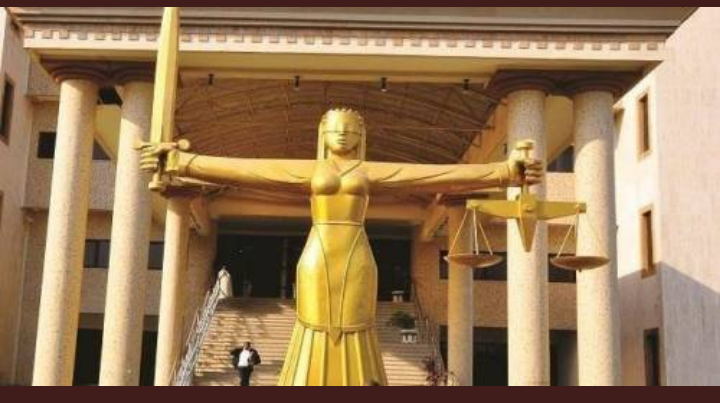 The Judge who pass Judgement on the case, ordered the River State Police to Pay the sum of 20 Million Naira the owner. According to Sahara reporters, The Judge also went on to condem the Police for what the normally do, by parading suspects in Public and allowing the media People to Video them. People have been reacting to the news, and Activist Aisha Yesufu also reacted to the news. From the way she reacted via her Official Twitter account, she was very happy with what the Judge did. 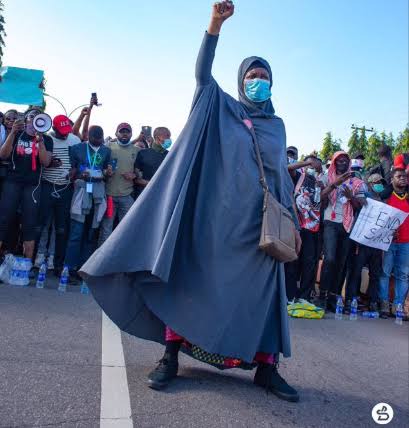 In her reaction via her Official Twitter account, the mother of two said that, One day the Police will learn not to be "MUMU". Here is the screenshot of her reaction 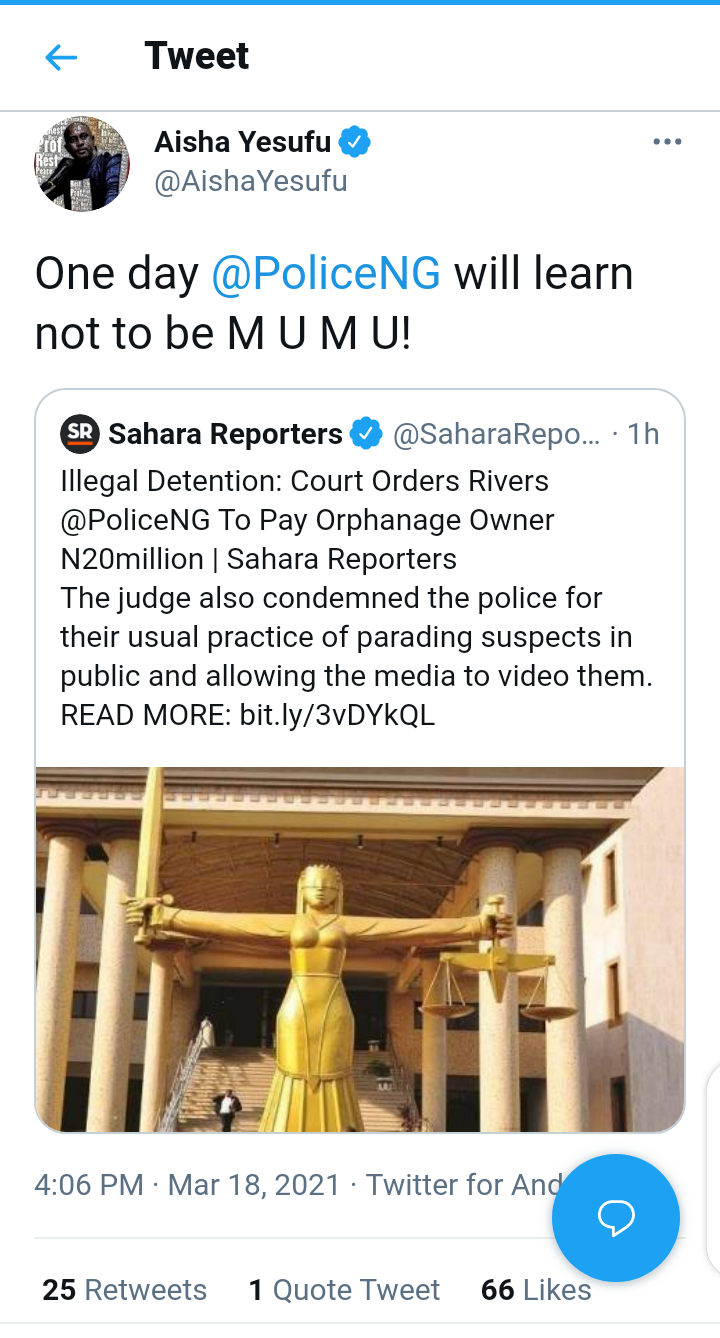 It's good when the Citizens knows that, they can rely on the court to give them justice no matter who they are up against. This will increase the trust the people have for the system. 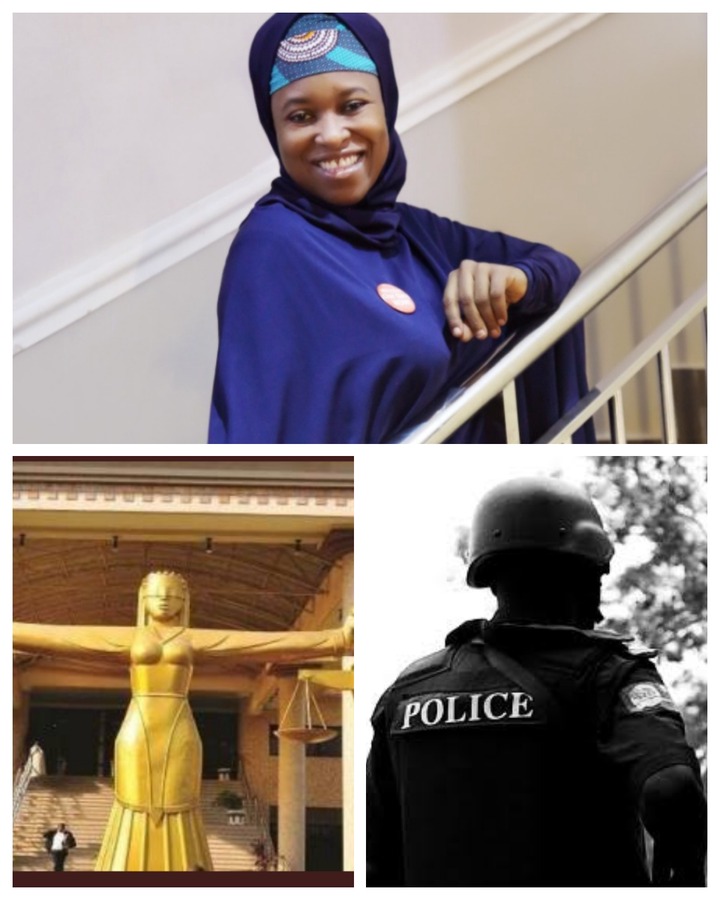 Check Out Reactions As A Police Station Was Razed Down By Gunmen In Abia.

Black Sunday: Young Man Shot Dead By Cultists In The Presence Of His Mother On Mother's Day