The White Lady My Brother Married Found Out He Has Another Wife In Nigeria, See What She Did To Him

By Pidginreporter (self meida writer) | 24 days

A Twitter user, Chinedu Adikwu has shared what happened to his brother who left his Nigerian wife in the village and traveled abroad to marry a white woman. The story has got a lot of people talking after it generated traffic on the platform.

It's no longer news that some people travel abroad and get married to white women, older ones mostly in other to obtain green cards or quicker wealth after which they will either divorce them or run away. According to the man on Twitter, his brother from the village traveled abroad and got married to a white woman, he later came back home (Nigeria) to marry a Nigerian lady and did his traditional marriage after which he traveled back to his white woman and left the Nigerian one in the village.

Unfortunately for him, the pictures of his traditional wedding with the Nigerian wife were still on his phone and got discovered by his white woman, she allegedly shot him to death with a gun after she found out that the man has a Nigerian wife. 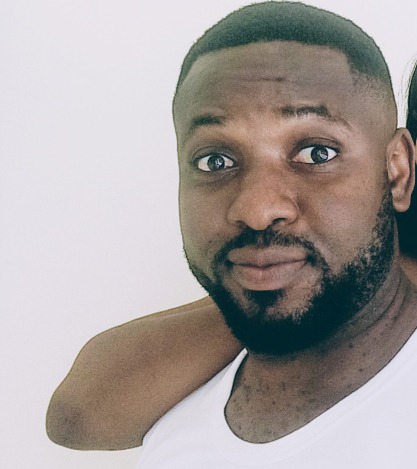 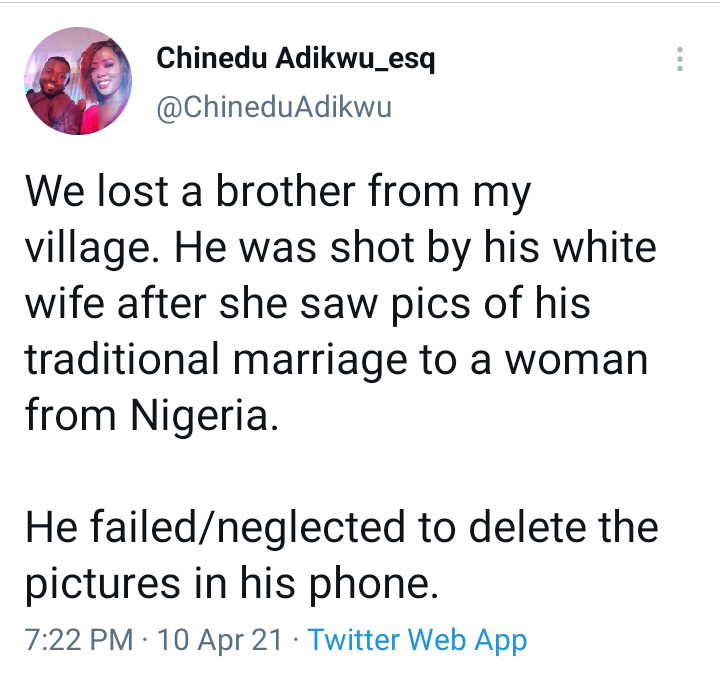 Now, the issue of who is to be blamed for this incident is currently causing a heated argument on Twitter. Some people said that the white woman went too far by killing the man she supposedly has filed a court case or get the police involved, however, others claimed that what the man did was bad, he actually hurt the lady's feelings just because of his selfishness.

Here are some comments people dropped on the post. 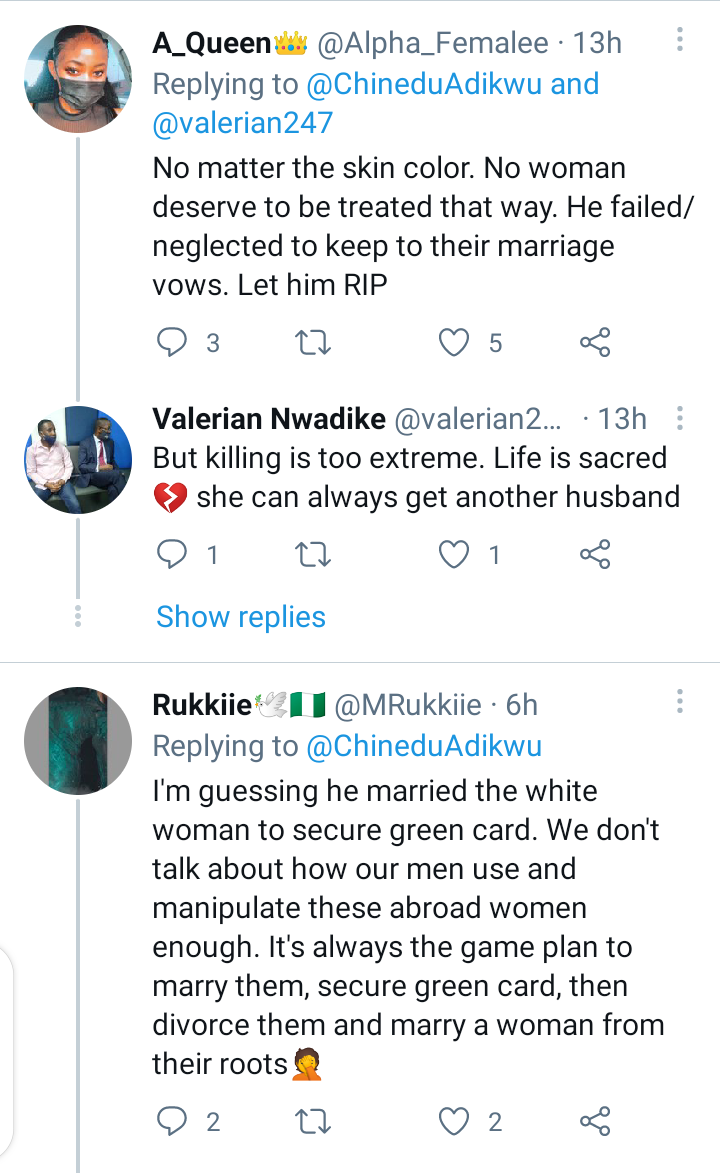 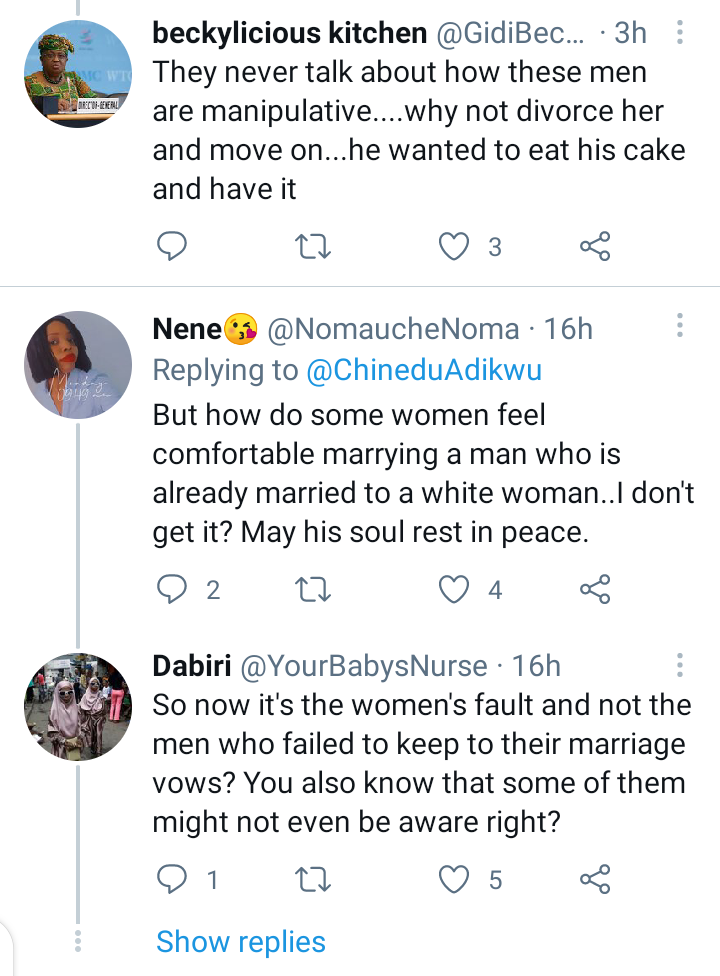 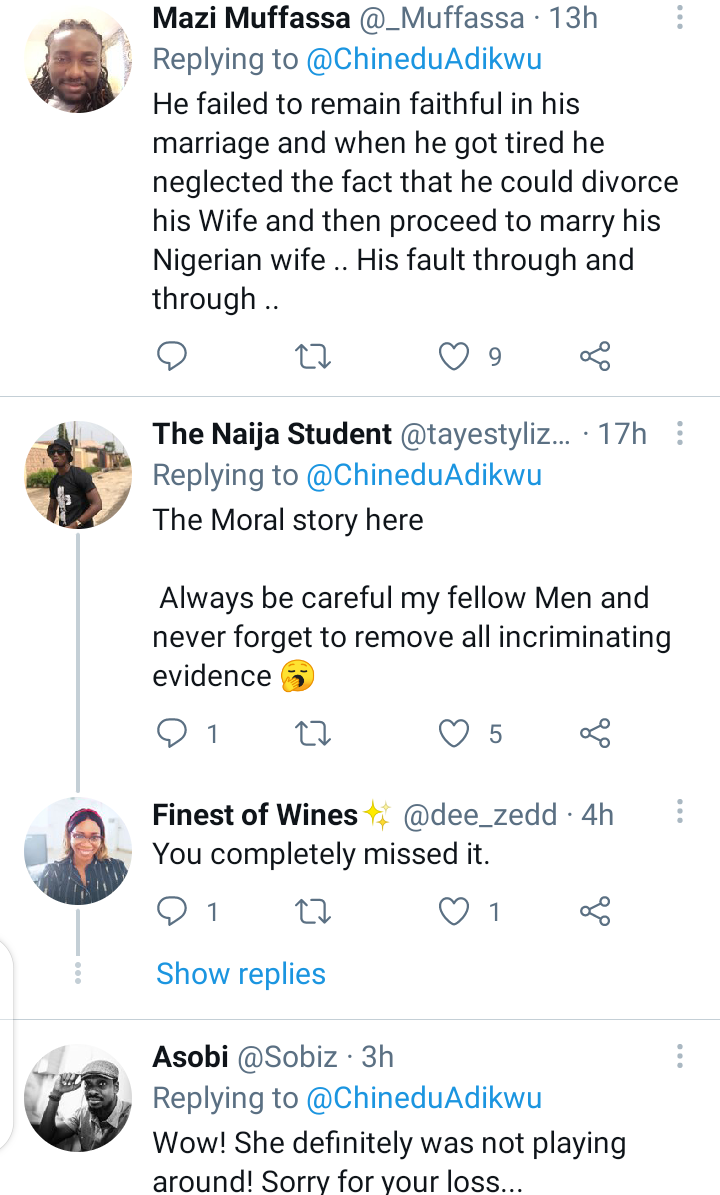 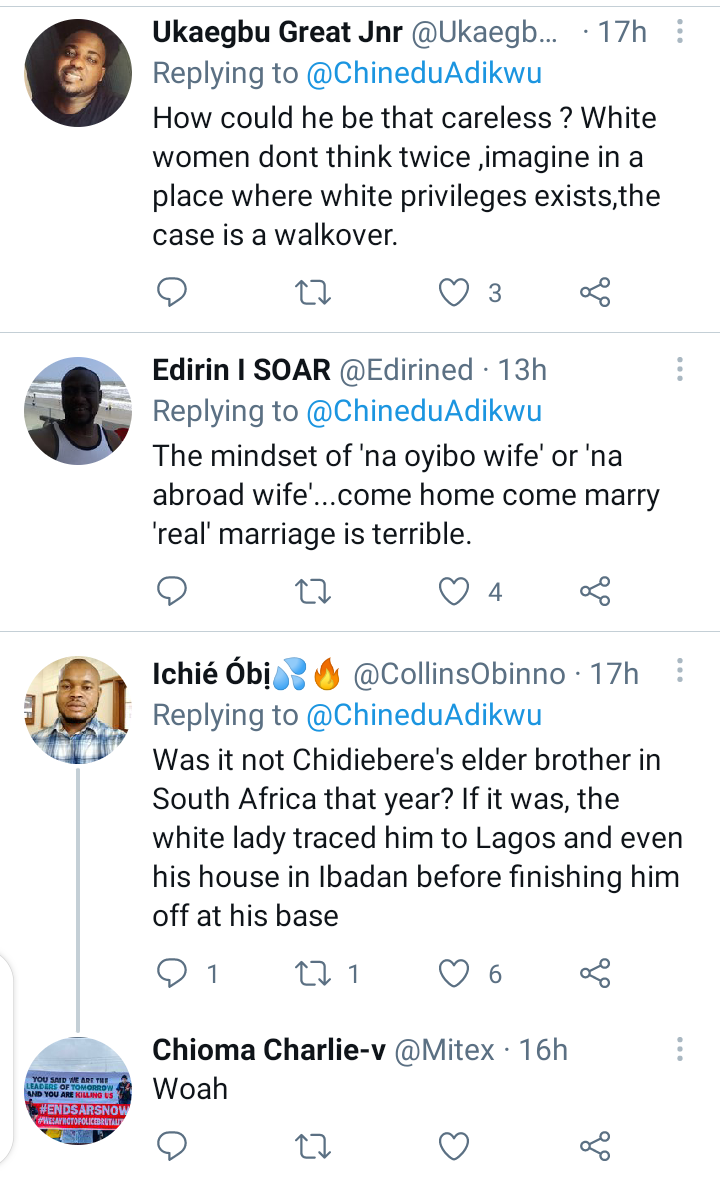 In as much I don't support what the man did, I also frown at the decision that the lady made. There are many ways to go about this kind of situation without shedding blood. What do you have to say about this issue? Drop your opinion below.

3 Ways To Start A Conversation With A Lady You Just Met.