A Nigerian Soldier on Wheel chair is crying out for help 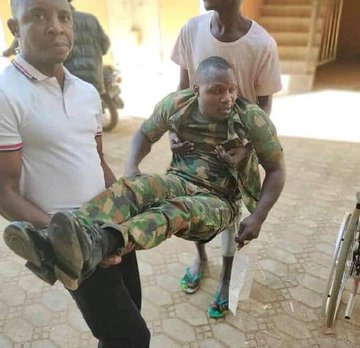 Abdullahi Mohammed, a Nigerian military officer of the 212 battalion in Maiduguri is crying out over the way Nigerian Army abandoned him without rendering an assistant after he had an accident where he lost his spinal cord. He also said during the accident, two of his colleagues died.

In an interview with Sahara reporters, Mohammed disclosed to them that he had been suffering from the spinal cord injury since 2015 after he was involved in the accident that claims the lives of colleagues identified as as Jamilu Ahmed and Peter Hamisu along Maraban/jos expressway in Kaduna state. 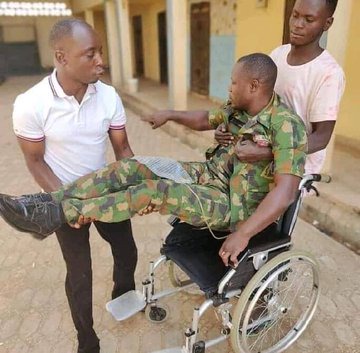 While revealing the details to the newsmen, Mohammed said it all began when he and his colleagues were allocated to Colonel Hassan's house. He said one day, around 2 a.m in the early hour, the wife of the colonel called them and asked them to go to her husband's farm that some herdsmen are there stealing his cows.

So, he said as they were on their way there, they had a terrible accident that resulted to his unconscious for months. By the time he woke up, he was told that his colleagues died in the accident.

On that note, he lamented that ever since he found himself in this situation, both Nigerian Soldiers and the colonel have abandoned him. 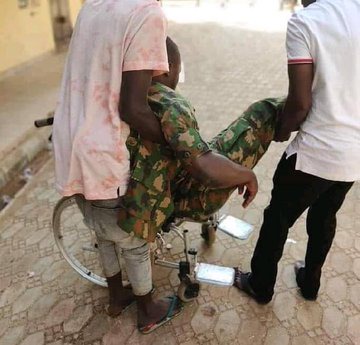 However, according to his statement, he said in the following that:

“From that time, till now, I swear to God, Nigerian Army has not done anything for me. I have really suffered, I don’t have anybody, I’m an orphan. Even the Colonel we were told to guard his house didn’t say anything. My wife left me, I lost my father in 2001, I lost my mum in 2003 before I finished secondary education.

"I'm a gallant soldier who is ever ready to serve my fatherland but this is how life has changed my situation. I cannot walk, I cannot urinate unless through a pipe and rubber. I have a problem with my spinal cord. Nothing serious has been done by the commander."

The soldiers is therefore calling on the attention of Nigerians to help him out as there is no one to assist him. He also said he is an Orphan. 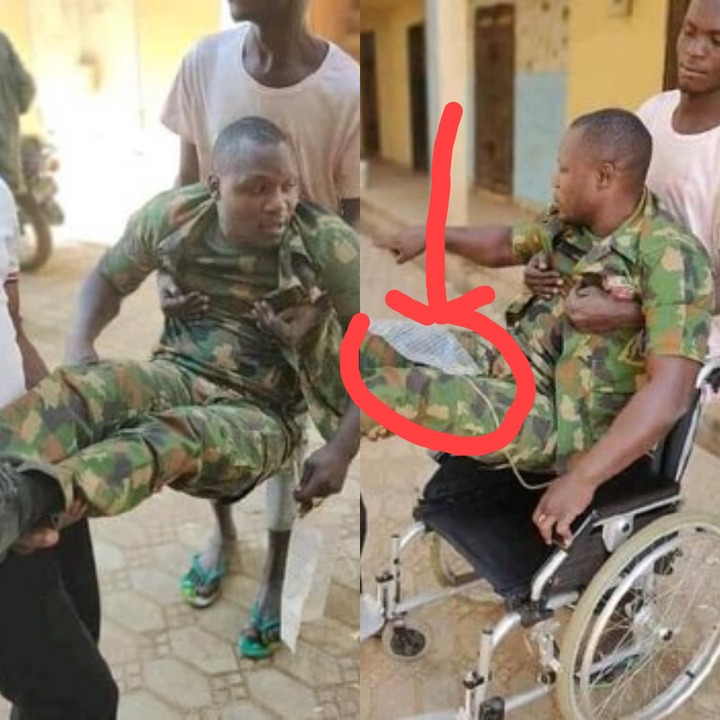 What's your reactions about his situation? Kindly drop your comments in the box below and don't forget to click the top-right corner of your screen to get more updates 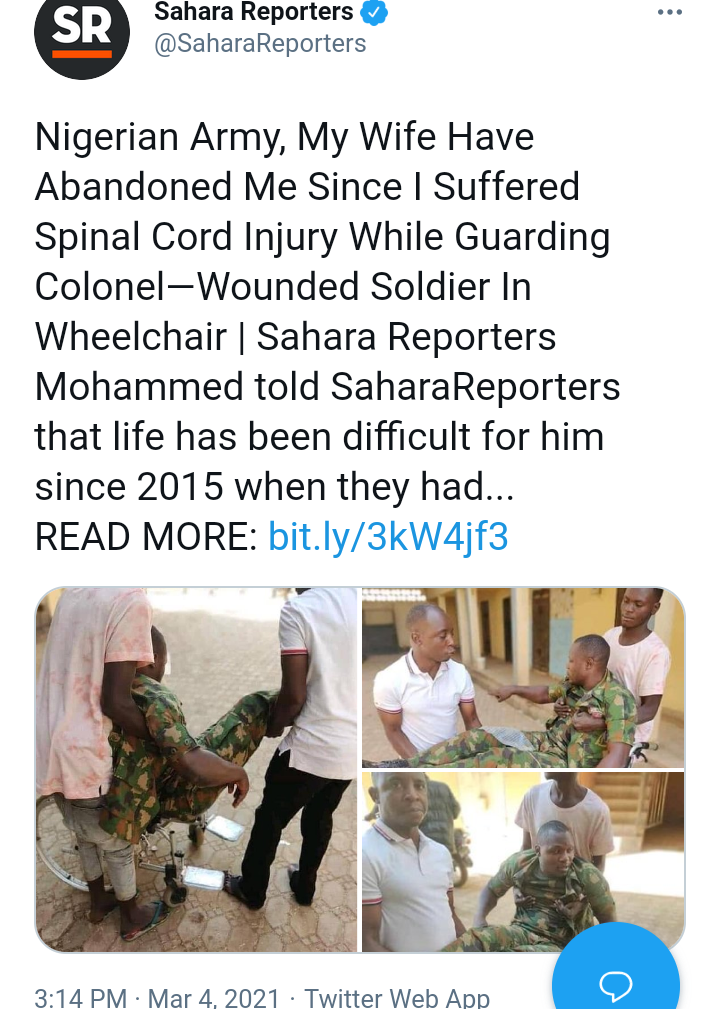 Check out a comprehensive review of 2021 Toyota Tacoma

After The Violence At New Artisan Market Enugu Today, See Photos Of The Damages It Caused

Video: Drama As Dispatch Rider Almost Got Crushed By Truck After Collecting Money From Naira Marley

Video: A Trailer Nearly Crushed Dispatch Rider While He Was Trying To Collect Money From Naira Marley