'Pastor Told My Parents That I Was A Witch Because Of My Big Eyeballs' -Lady Narrates. See Reactions

By OlukayodeDamien (self meida writer) | 26 days

A lady has taken to the micro blogging platform Twitter to narrate how she was labelled a witch by a pastor because she had big eye balls. This incident, she said, happened while she was almost 10 years old. 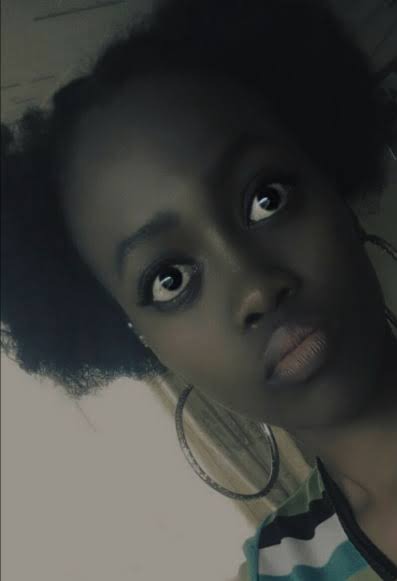 Picture Of A Lady With Fairly Large Eyeballs (Illustration Only)

According to her, her parents were going through a rough patch with her father's business visibly not progressing appropriately. This made her parents to seek spiritual counsels and went to their pastor then for help.

The pastor therefore scheduled a deliverance section for her so that all the "demons" in her would be cast out. If you knew these "over zealous" pastors and what they could be up to sometimes, you definitely would understand this lady's plight at the deliverance ground.

You can therefore understand how shocked she was while in the course of the deliverance section, she heard the pastor shouting at her to " release her father's business" which she claimed was done with a lot of anger and disgust in his eyes.

Stating further, the Twitter user claimed this deliverance prayer section was suggested based on the fact that she has...rather large eyeballs! 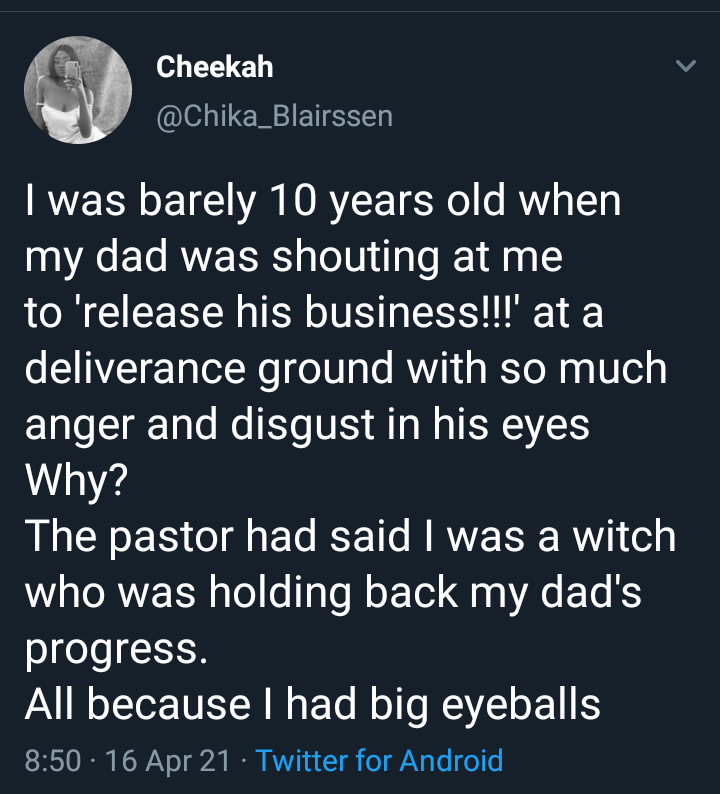 The narrator did not fail to indicate her mother's position on this matter. She concluded her narrative by stating that her mother was fully in support of the whole arrangement and added she was actually the one who took her father to the church and met with the pastor in the first place. Na wa o! 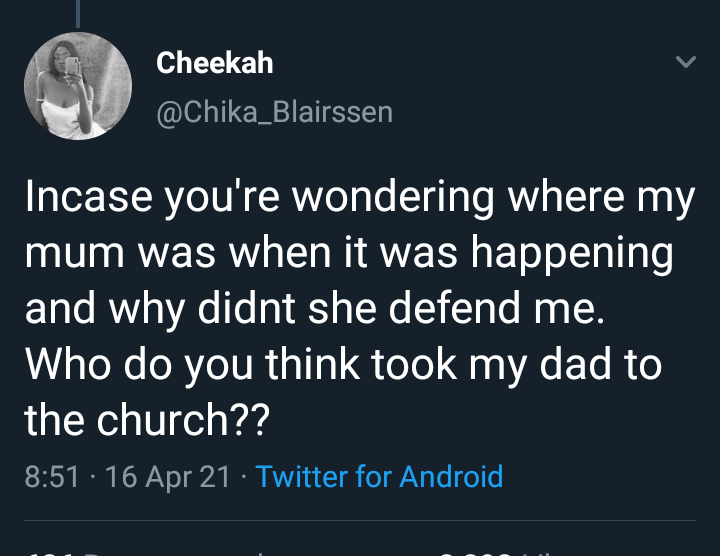 No sooner had she created these posts than reactions began to trail them in their numbers. Some users briefly narrated similar experiences in hands of pastors. Some of these experiences are hereby presented below.

A Daniel Oghenemario Agbaragu narrated how he went through a similar ordeal in the hands of a "prayer warrior" who ended up slapping him in the course of the prayers. He said he informed his mother about this which really pissed her off. The result was a fierce confrontation with the prayer warrior "bro". 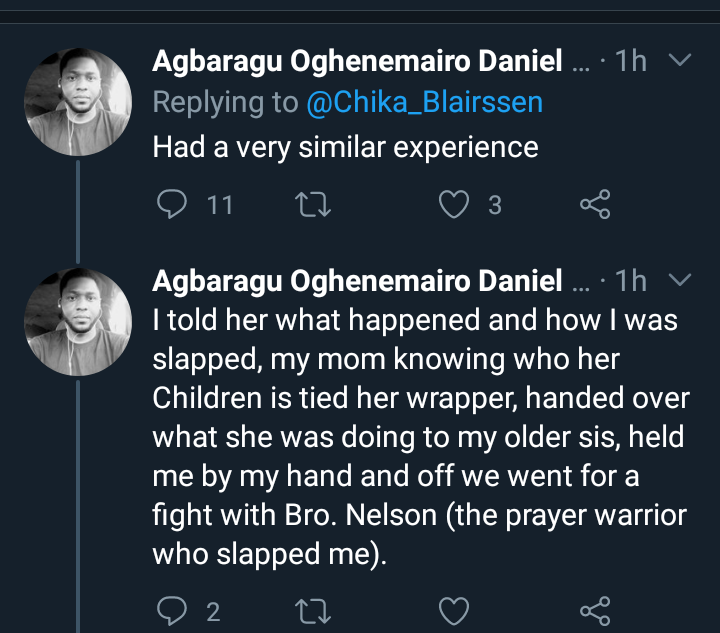 In his own account, Oghenerukevwe said a pastor once told his mother that his elder sister was a witch. His mother believed him and as the accused lady was somewhat notorious at that time, it was easy to believe the man of God. He stated further that this conviction later changed when same pastor told another person that his Pry 6 certificate was being "sat upon" by that individual's mother. But it was a known fact that the fellow never saw the four walls of a classroom before. 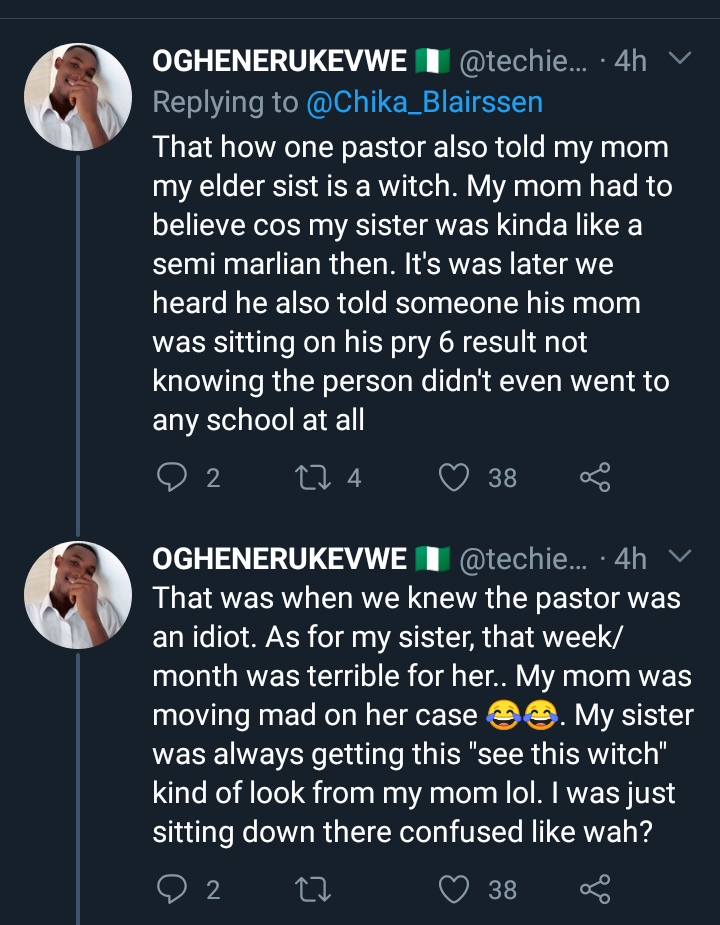 Johnson Coleson spoke of how his mother was informed by a pastor that her husband (his dad) was planning to murder her. Upon getting wind of this piece of malicious information, he stormed the pastor's church to demand a proof for this proposed devilish act to be perpetrated by him to someone who bore him 6 children. 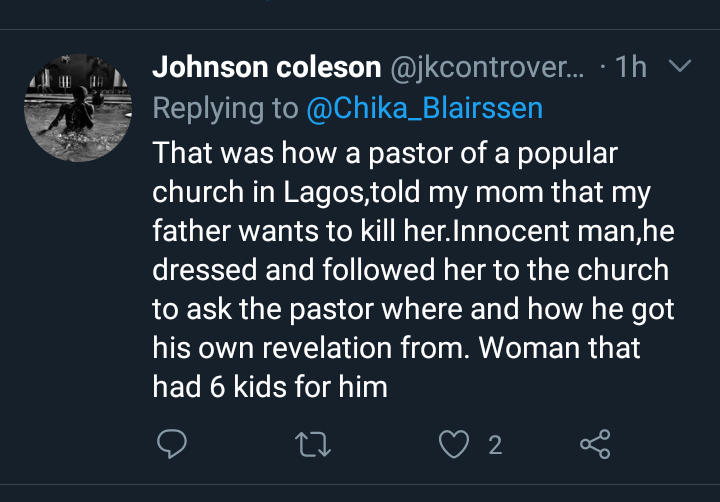 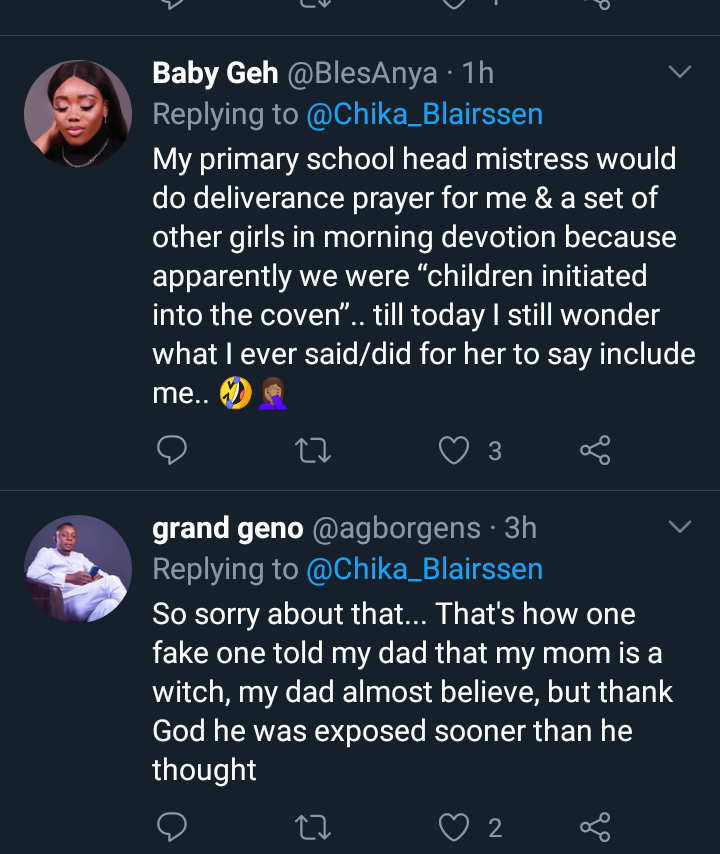 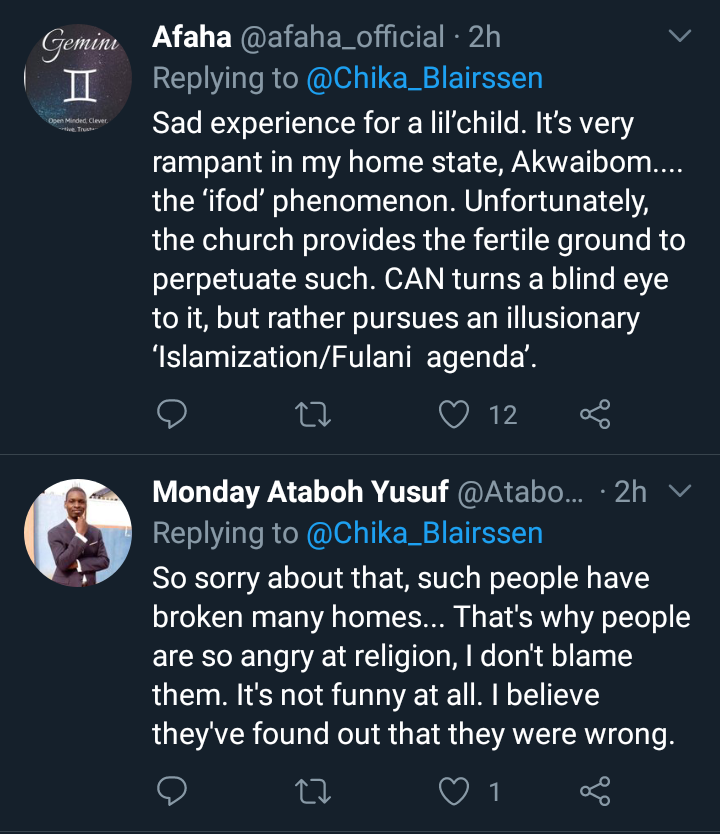 It is needful to remark that there are diabolic beings who operate as a result of the influence of the devil in possessed individuals. They showcase their activities by adversely affecting developments, progress and successes. So most people are used to going to pastors and supposed men of God for prayers and deliverance sections.

Fully aware of their plight and their inadequate knowledge, some pastors leverage on these to deceive unsuspecting members with fearful revelations while they swindle them of their hard earned monies, all in the name of deliverance prayers. Some families have even been rendered useless as a result of the activities of these fraudulent pastors.

Conclusively, the onus is on the individual to know who he or she is dealing with and understand the basic truths about God and the Christian faith. These would go a long way in helping to deal with the wiles of these fraudulent men of God adequately.

Wizkid's First Son Turns 10, Check How His Mother And Others Are Celebrating Him