The Anambra State Police Command has paraded a 32-year-old man identified as Ezekiel Igbokwe who allegedly stabbed his wife's lover to death last month. According to Anambra Broadcasting Service, the suspect is a businessman who resides at Ijebu North local government area of the state.

While speaking with newsmen, Ezekiel state that the unfortunate incident occurred last month after he returned from a trip last month. According to him, he met the deceased identified as Victor together with his wife on the same bed. He started a fight with him but the deceased was stronger than him, so he quickly went to the toilet and picked a machete to protect himself.

Ezekiel added that he used the machete to stab Victor on the neck and hands. He immediately fell on the floor and started bleeding. They tried to take him to a hospital but he died on the way. Ezekiel begged the police to forgive him because according to him, he stabbed the victim to death out of anger and jealousy. He stated that he has never killed anybody before and this one too was not intentional. 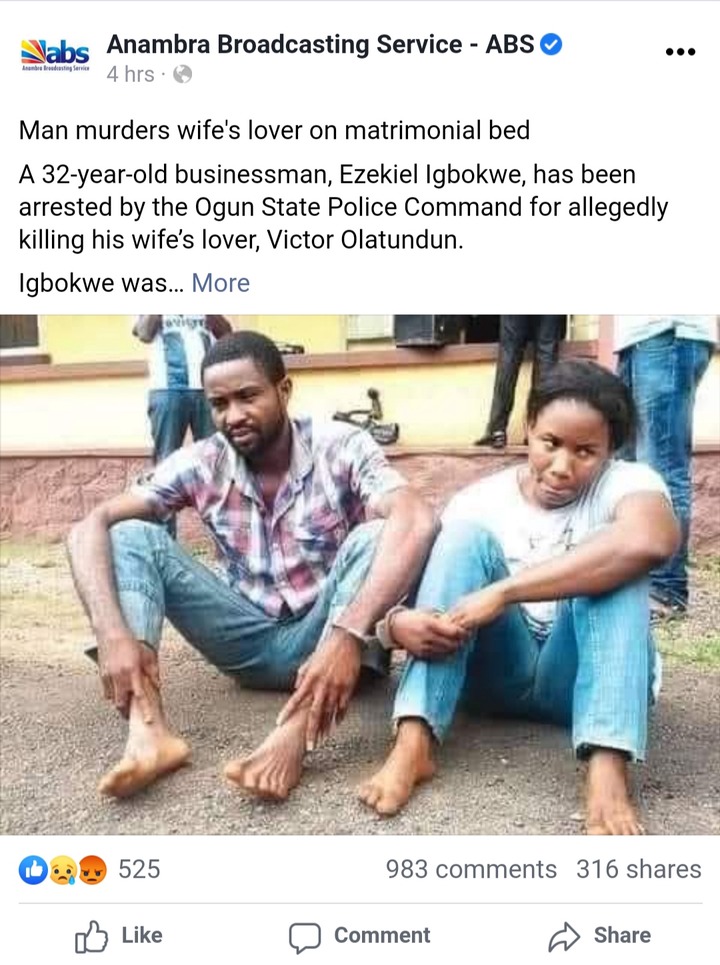 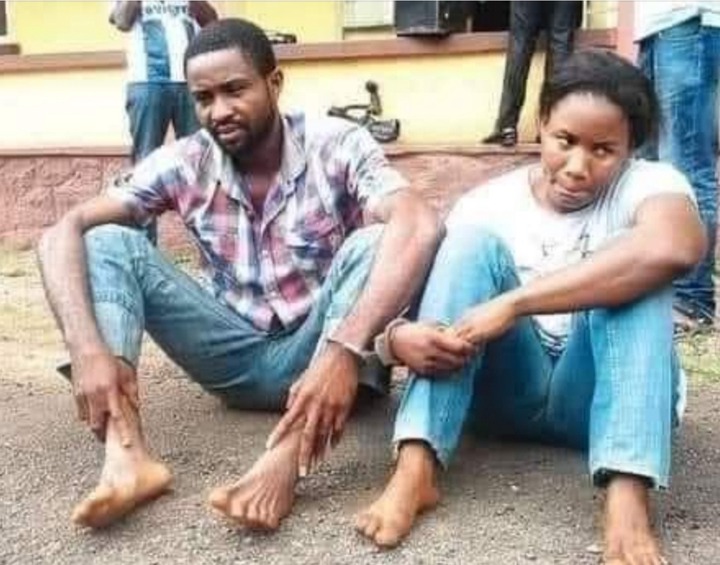 Content created and supplied by: danarewa555 (via Opera News )