Today's Headlines: Unknown Gunmen Kills and Attack RCCG Member, "How I Was Asked For Bribe"- Adeboye

By Doctorwendy2 (self meida writer) | 1 months 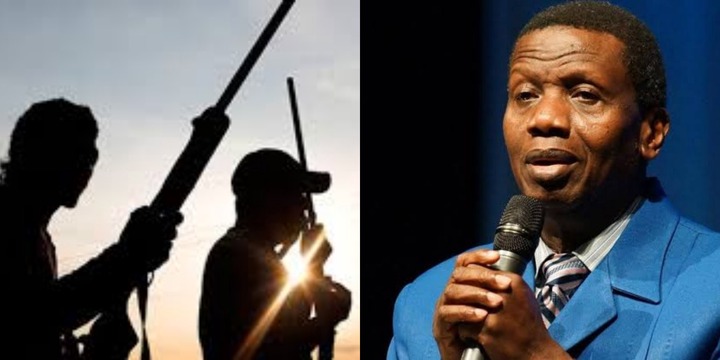 The gunmen swooped on Ajibola’s family as they were about to enter their house.

The attackers hid in a bush near the house before pouncing on the Ajibola family as he alighted from the car to open the gate. 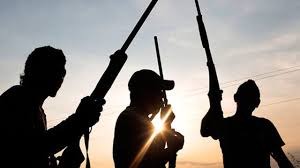 The Nation gathered that the boy, his mother and grandmother attended an RCCG programme and were going home when the gunmen attacked them, beating them thoroughly before taking Ajibola away.

The victim’s grandmother said their attackers were six, adding that they left behind a piece of clothing in the bush in front of the house.

According to her, the incident which occurred around 9.30pm, normally she come back home every day around 8pm, but the General Overseer of our church, Pastor Enoch Adeboye came to one of their churches in Adigbe area of which she attended the programme. 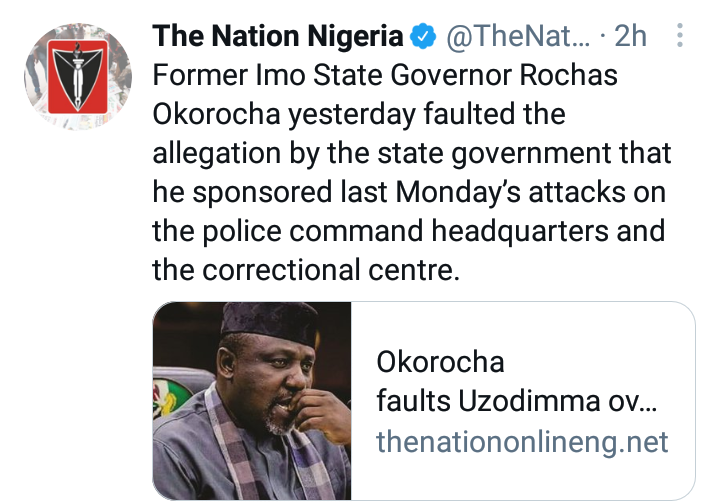 Former Imo State Governor Rochas Okorocha yesterday faulted the allegation by the state government that he sponsored last Monday’s attacks on the police command headquarters and the correctional centre.

Imo Commissioner for Information Declan Emelumba claimed the former governor engaged thugs whom he had granted amnesty to unleash violence on the state.

But, Okorocha, in a statement by his spokesman Sam Onwuemeodo, said the allegations were illogical.

He said: “Nigerians of good spirits have been able to download or dissect the allegations and have decided on their own, to hold the briefs of Okorocha. And we are satisfied with that.

“An incident occurred in the wee hours of Monday, April 5, 2021. By 3 pm of the same Monday, the governor had said it was the Indigenous People of Biafra (IPOB) that was behind the attacks.

“Forty-eight hours after, the same governor said that aggrieved politicians from the state were behind the attacks and no more IPOB. 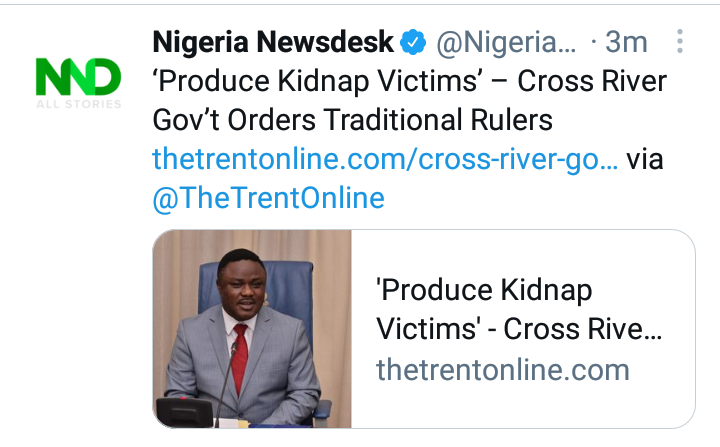 The Cross River State Government has ordered traditional rulers in Bakassi and Akpabuyo local government areas of the state to produce kidnapped victims and kidnappers in their domain or face the consequences.

Alfred Mboto, the permanent secretary, Security Services in the Governor’s Office, gave the order on Sunday, April 11, 2021, at the enlarged security meeting between the Government, Service Commanders, Traditional Rulers, and Youths of the two local government areas.

Mboto who lamented the increase in kidnap cases in Akpabuyo and Bakassi local government areas said abduction could be stopped by the traditional rulers.

The Government noted that the increase in kidnap cases in Bakassi and Akpabuyo Local Government Areas of the state was the result of the insensitivity of traditional rulers in the areas.

Similarly, Mboto ordered the traditional rulers to produce the Nigeria Labour Congress, Chairman Ben Ukpepi, and Dominic Aqwa Edem, former board member of NDDC who were kidnapped and are still in captivity.

Reacting, the Paramount Ruler of Bakassi LGA, Etim Okon Edet blamed the persistent kidnapping on ceding of the Bakassi territory without compensation plans.

However, the Commissioner of Police, CP Sikiru Akande sued for peace with a warning that anyone established to have gone against the law will bear the consequences. 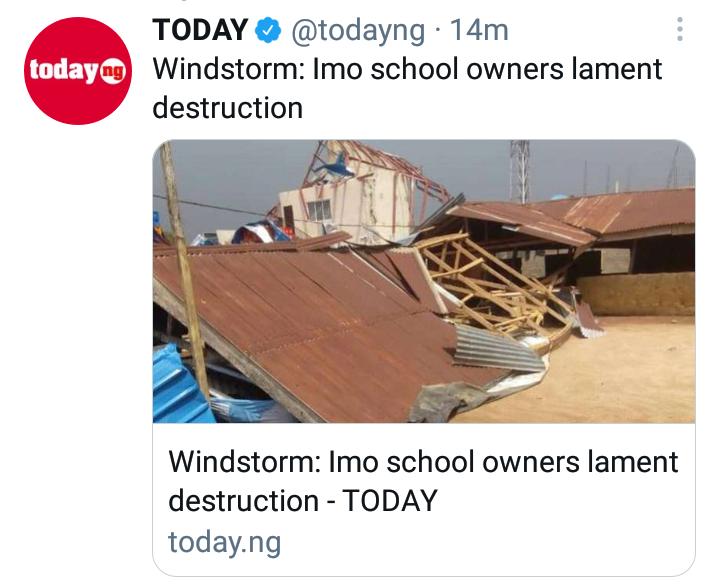 Some of them who spoke to newsmen said that the windstorm which happened last Thursday pulled down the roofs and damaged chairs, tables in the classrooms.

They also thanked God Almighty, that when the incident happened that their schools were not in session.

According to the Proprietor of Favour Home School, Mrs Ige Elizabeth, said that she was in the bank doing her transaction when it happened.

Another missionary school affected by the windstorm was owned by kings chapel.

Speaking, the Imo State Chairman of the Pentecostal Fellowship of Nigeria, PFN, (Youth wing) and one of the pastors at the King’s Chapel, Dr Emma Amaefula, said: “Let us start by thanking God that our students were not in class, it would have been something else. Imagine that roofs collapsed on small children.

5.) "How I Was Asked For Bribe By Aviation Official"- Adeboye 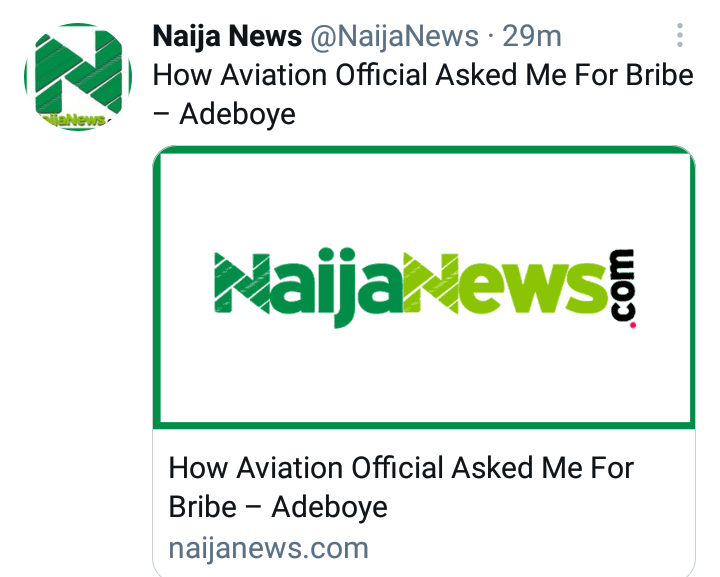 The General Overseer of the Redeemed Christian Church of God (RCCG), Pastor Enoch Adeboye, has revealed how aviation officials asked him for a bribe at an airport.

Speaking on Saturday during a special meeting with all ordained ministers of the mission at RCCG, Region 21, Oyo State, the cleric called for drastic action against corrupt practices in all facets of Nigeria. 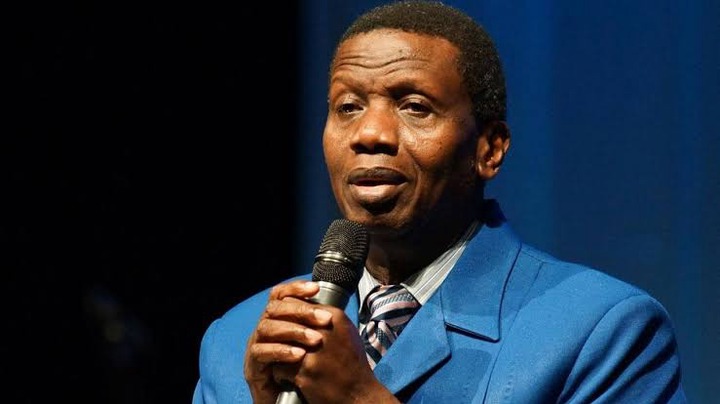 Adeboye, who arrived at RCCG 21 Headquarters, Oluyole, Ibadan, at about 1:25 pm, said he arrived late for the meeting because someone had requested a bribe from him to fly his chopper.

He said to avoid being late to the meeting, he had decided to embark on the trip via his chopper to avoid a possible gridlock at the busy Lagos/Ibadan expressway.

The renowned cleric said he met a brick wall despite setting out for the trip as early as 9:00 am. 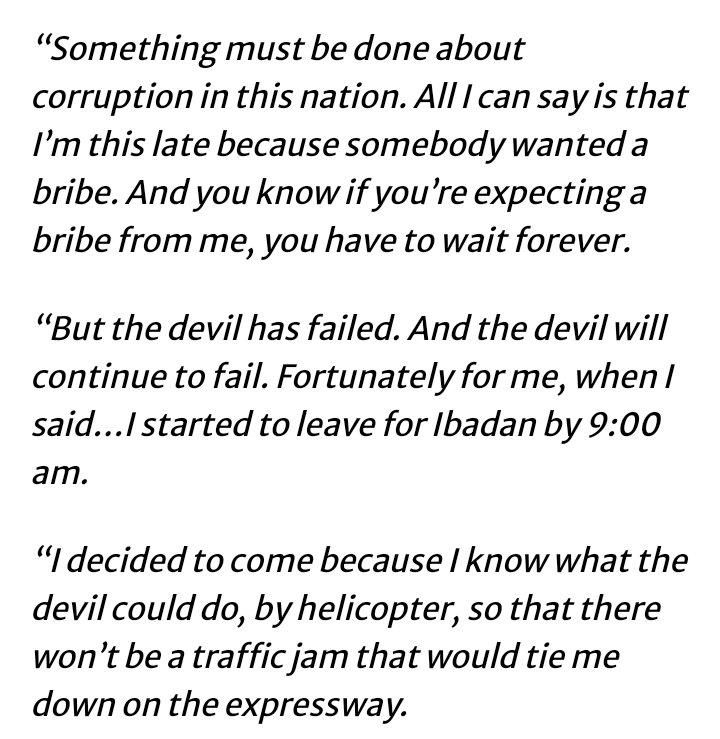