By HeadlineNews (self media writer) | 1 year ago

A suspected kidnapper Abubakar Musa has narrated to the Police how he obtained two AK-47 riffles to fight a bandit who snatched and married his wife after he was arrested and taken into custody. 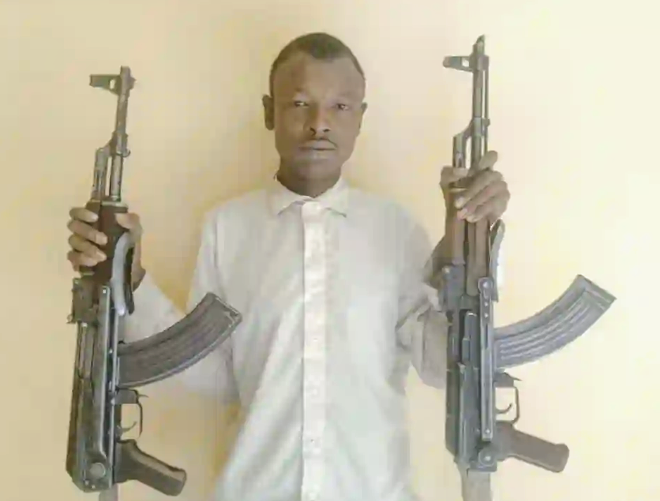 The suspect was arrested by operatives of the Kano State Police Command.

Kano State Police Command Public Relations Officer (PPRO), DSP Abdullahi Haruna said the suspect, popularly called “Likita” along Birnin Gwari Axis was arrested based on a tip off from members of the public.

According to him, the suspect said he operated in Birnin Gwari axis in Kaduna, Kano and other states in the North.

In his confessional statement, the 27-year-old father of six said he was a cattle rustler and only carried out two kidnappings during his criminal career.

He said he had kidnapped an uncle, Alhaji Haruna in retaliation after his sister, Hafsat was kidnapped by his uncle's son.

Musa disclosed that his second victim was one Bappan Jauro.

Speaking on the weapons found on him, he said he obtained them from Zamfara State from the children of late Muhammadu Bakanoma, after he told them of his predicament following the snatching of his wife and daughter by a bandit in Birnin Gwari, Kaduna State.

While pleading for leniency, he promised to support the police in the fight against crime.