By ohonsiwrites (self meida writer) | 1 months

There is no gainsaying the fact that the country is presently immersed in a plethora of criminal activities such as terrorism, cultism, banditry and others. The elements who are into these unlawful indulgences do not tend to undertake them with their ordinary minds or instincts. Although, their might be the school of thought that they depend highly on the influence of drugs, that is less the case as evidences have proved over time.

These days, it is utterly difficult for a criminal to either be arrested or killed without such one being found with talisman (juju). How can anyone in his right senses think that some fetish concoctions prepared by some herbalists will make his skin impenetrable to exotic bullets from gunshots? How? The most amazing of this whole unbelievable and barbaric practice is that even though those charms proved impotent to some miscreants who dare to challenge security operatives to a gun battle, and their bullet-riddled bodies and juju publicly displayed, others keep depending on the superstitious voodoos! This is unbelievable!

Let us drive this write-up home with the story of a hardened criminal who allegedly vomited blades and charms in Enugu state. This incident was based on the accounts of the newly promoted Assistant Commissioner of Police (ACP), Barrister Danladi Mashat, of Enugu state police command. The Plateau state police boss narrated that a certain armed robber whom sources alleged to be capable of disappearing from a place to the other had gone to him, and he laid his hand upon him. Suddenly the hoodlum vomited razor blades and charms. 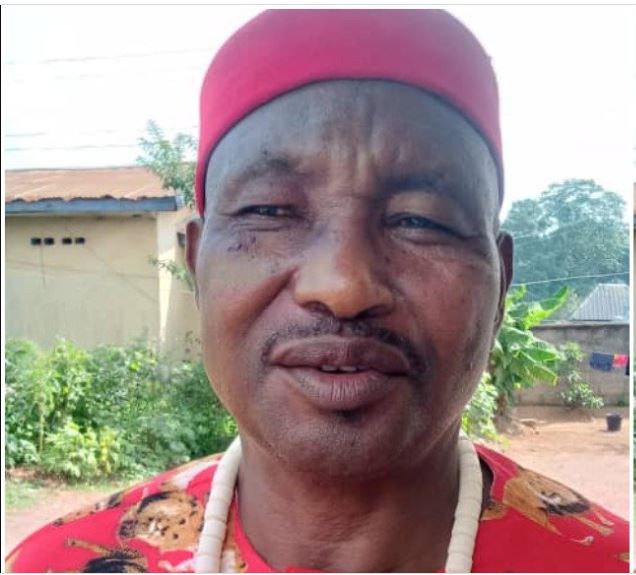 What can be learnt from the foregoing is, how true is it that the blade vomiter could actually varnish? More dangerous robbers than him, such as Ishola Oyenusi and Lawrence Anini, were also said to be capable of disappearing when their Criminal activities were at the peak, and it seemed like they were invincible. But when they were eventually apprehended, they denied having the ability to do such a thing.

Also, the repentant lout who allegedly vomited blades and charms, why was he still overcome, if the substances were actually potent enough?

Well, at this juncture, criminals and other evildoers must know that no one can depend on a charm to commit evil acts successfully. The truth is that it will keep failing them when they need it the most. 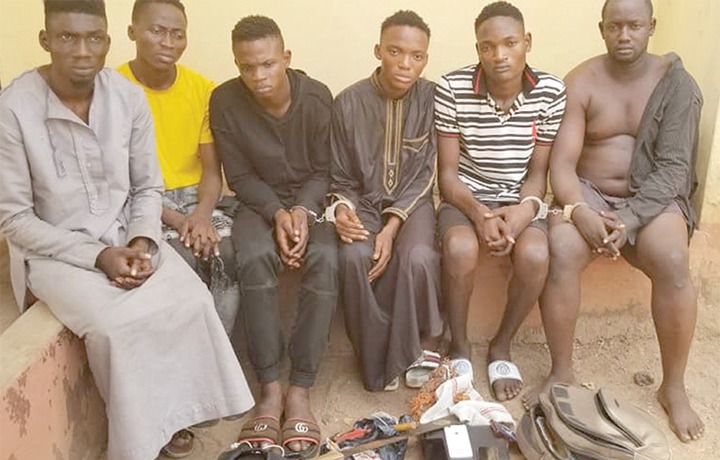 A GROUP OF ARRESTED ARMED ROBBERS AND THEIR HERBALIST (THE ONE AT THE EXTREME LEFT).

BBN 2021: Queen complains about how Whitemoney kissed JMK and stopped her from kissing cross.