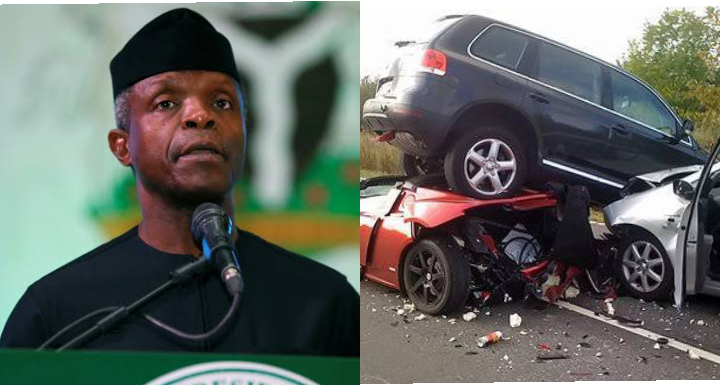 Vice President, Yemi Osinbajo, SAN, has refuted claims that he owns the land upon which the collapsed building in Ikoyi stood.

Osinbajo, who condoled with the families and relatives of all those who have died and those who were injured or affected in the collapsed building under construction on Gerrard Road, Ikoyi, described the incident as a horrible tragedy. 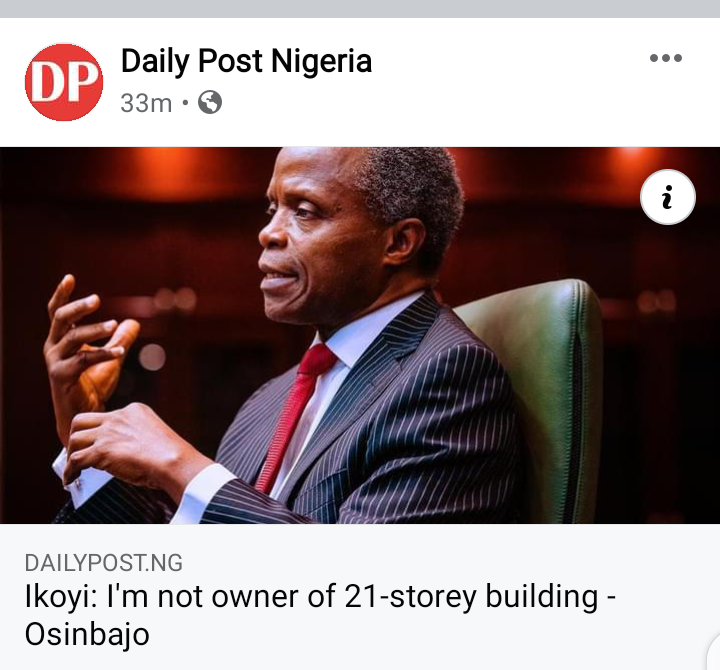 Reacting to allegations that the said land was sold to him by Chief Michael Ade Ojo, Chairman of Elizade Motors; and reports that he some time ago intervened with the regulatory authorities in Lagos State to unseal the said property, Osinbajo maintained that he has never been involved in the development of any land since he became Vice President.

The Federal Road Safety Corps, FRSC says at least, five people died while two others were injured in a road accident at kwanar Dumawa in Mijibir Local Government Area of Kano State.

FRSC Area commander, Zubairu Mato confirmed the incident to newsmen. He said the incident happened Thursday night at Kwanar Dumawa between a volkswagen golf and a tricycle. 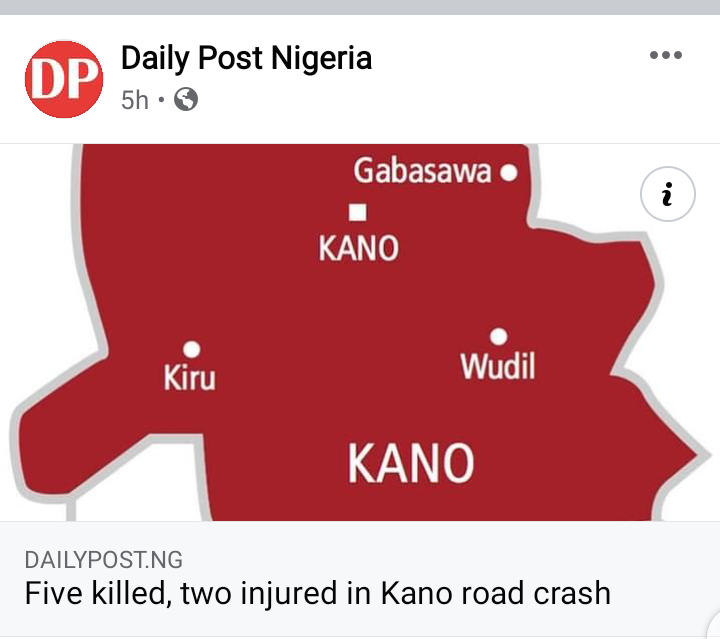 He said the accident occurred as a result of over-speeding when the passengers were on their way to their villages.

He said after receiving the report, his men rushed to the scene and rushed the victims to Danbatta and Munjibir hospitals where five were confirmed dead by medical doctors.

The National Assembly Joint Committee on Land and Marine Transport Thursday criticized the federal government’s plan to construct a standard gauge for Kano-Maradi rail line and a narrow one for other rail projects in the South East, South South and North East.

The government had planned a narrow gauge for the proposed eastern rail corridor which begins from Port Harcourt, Rivers State to Maiduguri, Borno State. 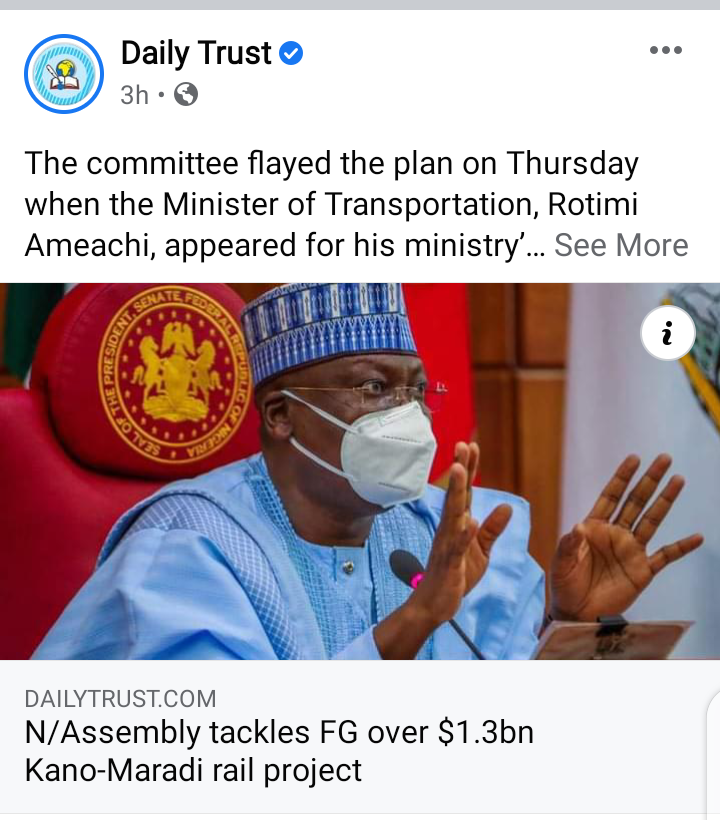 The committee flayed the plan on Thursday when the Minister of Transportation, Rotimi Ameachi, appeared for his ministry’s 2022 budget defence.

Amaechi had said the standard and narrow gauge rail had the same load capacity but the difference was speed, about 20 kilometers.

But the lawmakers said the proposal was discriminatory against other parts of Nigeria.