Task Force caught a driver filming them with his phone, check out what they did to him in Rivers

Port Harcourt residents have in different times complained about the illegal activities of the Task Force set up by the Rivers State Government led by Governor Ezenwo Nyesom Wike to help end the illegal Street Trading on major reads in the capital City of Rivers State. Some residents of the State have also reported that the Task Force officials are always seen with weapons such as hammer, bottles, machetes and other dangerous weapons during their operations. 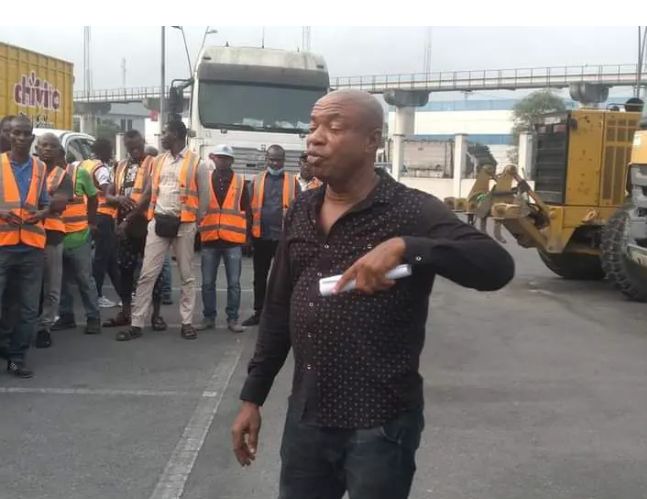 According to information reported by a Port Harcourt based Radio station, motorist in the State has accused the officials of the Rivers State Task Force on illegal Motor Park of attacking him with a machete.

In the news reported by Nigeria Info FM and cited by BelieveallBlog, motorist has accused some officials of the Rivers State Task Force on illegal Street Trading and Motor Park of attacking him with a machete during their operations.

Speaking with news Reporter, the motorist who gave his name as Mr Emmanuel said he was beaten up for filming the Task Force officials with his phone when he saw them harassing another driver along the East-West road in Rumuosi, Port Harcourt.

He said the Task Force officials vandalized his car and took his phone.

Below is what was posted on the official Facebook page of the Port Harcourt based radio station today: 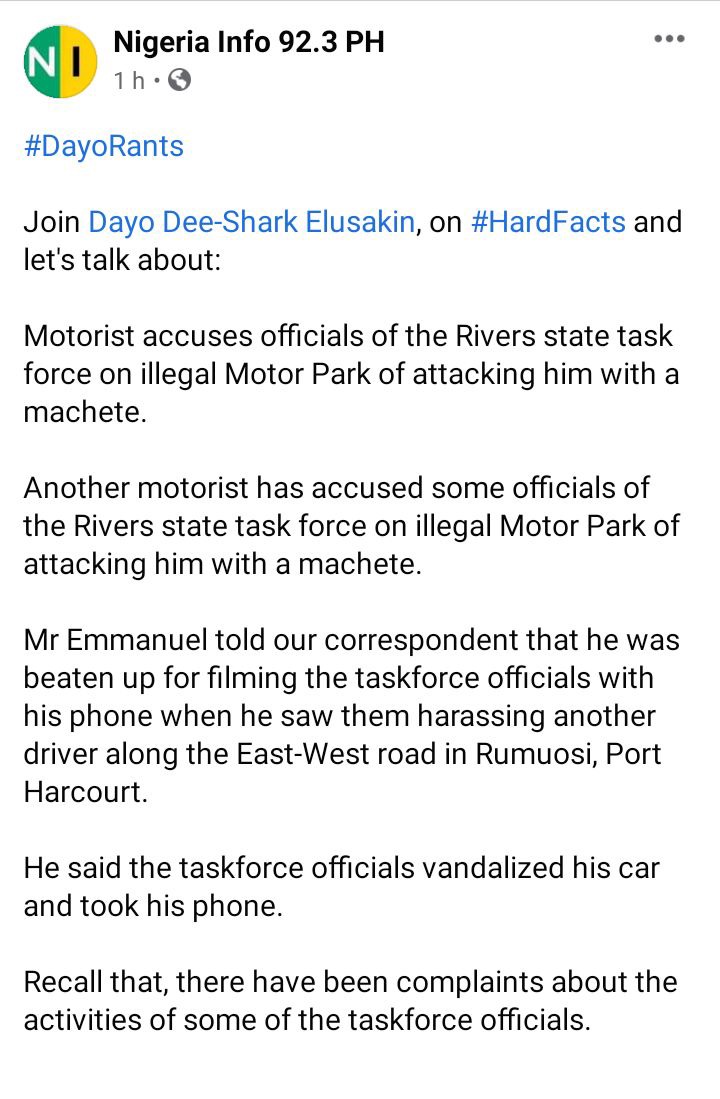 This is not the first time such thing would be reported against the members of the Rivers State Task Force.

Some weeks ago, the Coordinator of the Task Force, DSP Felix Nwadibeyi (Rtd) said on radio that his men are well trained to carry out their task.

He also warned that any member of the Task Force who disobeyed the order will be published according to law while warning members of the Public to be law-abiding.

The question now is, is it right for members of Task Force to go about with weapons?