By Livenow (self media writer) | 14 days ago

Gun-wielding bandits have launched another attack on Niger State government officials, this time targeting the Permanent Secretary of the Niger State Ministry of Transportation, Dr. Ibrahim Garba Musa, and his granddaughter. 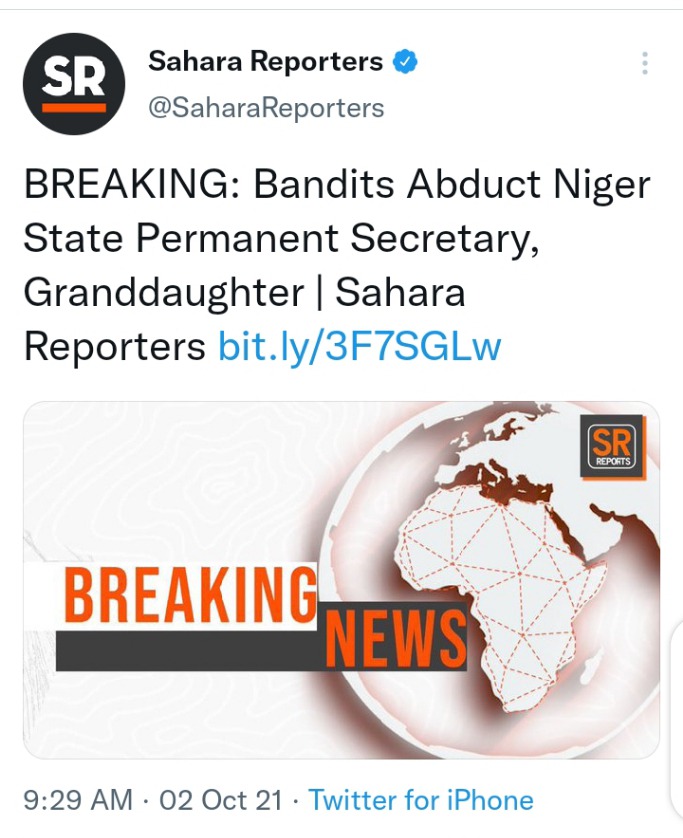 It was learnt that Musa was abducted in his house in Zungeru where he went for a wedding ceremony and he was picked up by the gunmen in the night after the party.

According to one of the family members, the gunmen broke down the gate and entered the house to abduct the Permanent Secretary, who was relaxing after the celebration.

He went on to say that the family members had contacted the state government to inform them of the incident. 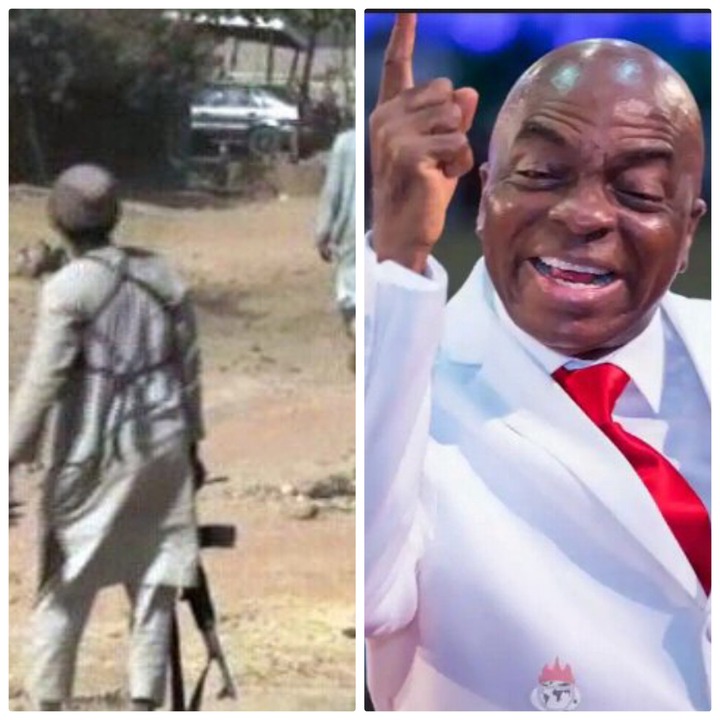 During a special service held by the church to commemorate 2021 Independence Day, Oyedepo stated that it is time for God to judge killer herdsmen and other elements that have rendered parents childless and wives widows.

The renowned pastor, who is also one of the most popular gospel preachers in the country, declared that the country will not continue to suffer from insecurity and other problems that it is currently facing.

Herder ‘hacked to death’ in Kwara

The Nigeria Security and Civil Defence Corps (NSCDC) Kwara command has confirmed the death of a herder in the state. 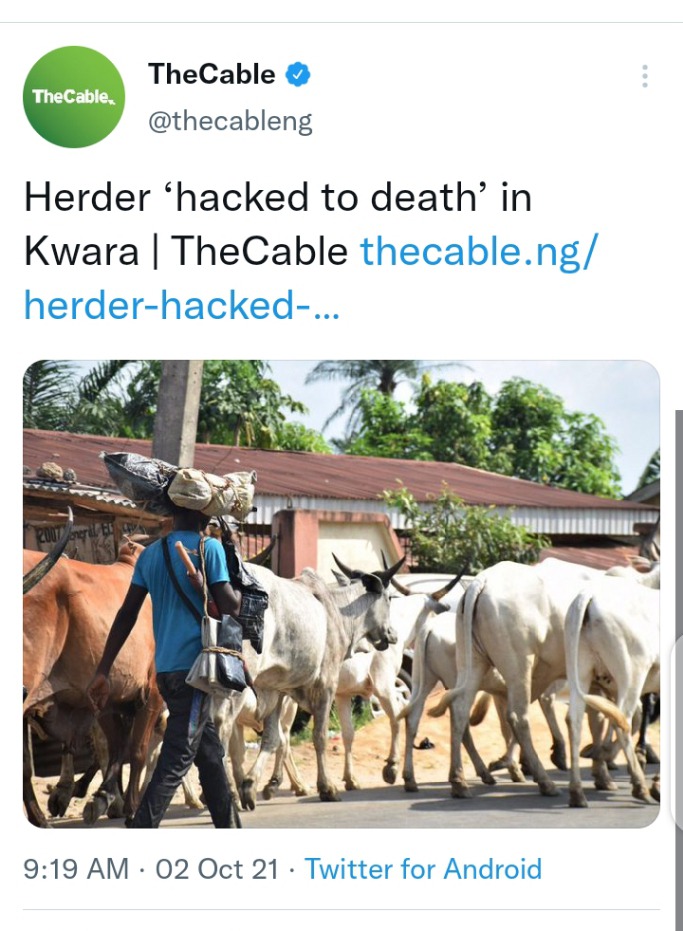 The command's spokesperson, Babawale Afolabi, issued a statement to that effect on Friday.

According to Afolabi, the herder was hacked to death on Thursday, September 30.

He said the gunmen stormed the premises of the cattle rearer and left him in the pool of his blood.

Rather than live in fear or doubt, go for vaccination ― Adeboye

Pastor Enoch Adejare Adeboye, General Overseer of the Redeemed Christian Church of God (RCCG), has urged members of his congregation to take the COVID-19 vaccine rather than live in fear or doubt. 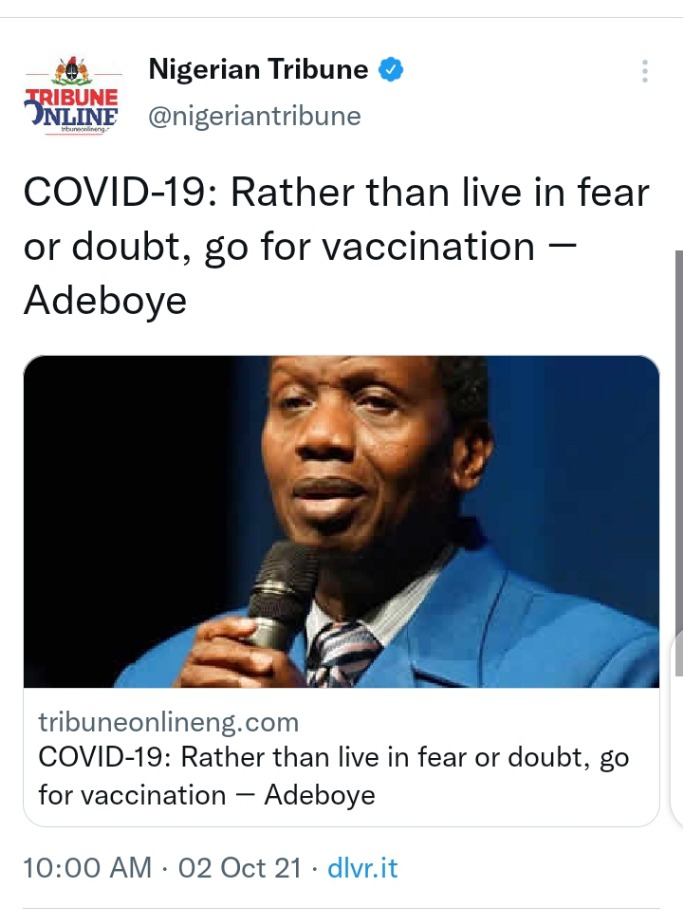 He gave the admonition during the October 2021 Holy Ghost Service and grand finale of the Annual Youth Convention of the church titled ‘Exceeding Expectations’ which was held at the 3×3 auditorium, Shimawa, Redemption Camp, Ogun State.

Our correspondent watched the show on Dove Television, the RCCG's official broadcast station.

During his message, which began around 1:15 a.m. on Saturday, the revered cleric, who was spotted wearing a piece of suit with the colors of the Nigerian flag of Green-White-Green, said he had never at any time or event told his members not to take the COVID-19 vaccine.

While noting that he was not speaking on behalf of the country's umbrella Christian bodies, but in his personal capacity as a father to his children (RCCG members), the septuagenarian urged them not to worry, reiterating that those who would die of the virus are those who would die, as God had previously told him.

He urged RCCG members, however, to maintain a clean culture and follow all COVID-19 preventive protocols as specified by governments at various levels.