By Bigfoot_media (self media writer) | 18 days ago 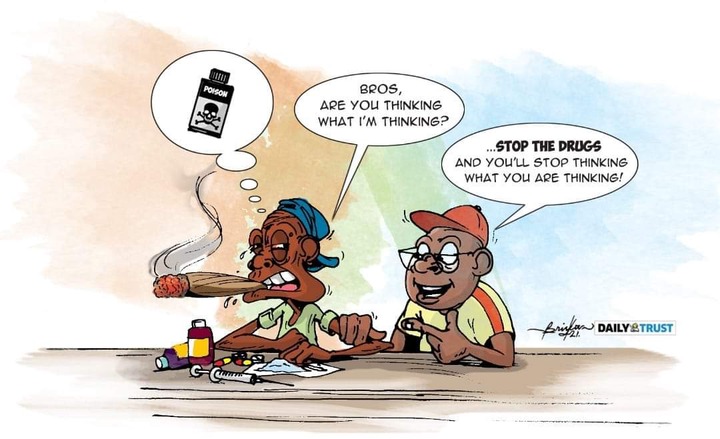 Drug abuse simply means the misuse of drugs. It is when you take in drugs in excess and without a prescription from a medical personnel.

Drugs abuse has become common to some people, especially the youths and with time the effects will cause health damages to the body system.

Over the past weeks, the NDLEA have been creating awareness on the misuse of drugs on their social media platforms through cartoon (animated) images. These photos are shared to help people understand the side effects of hard drugs like cocaine, heroin, marijuana, tramadol, etc. 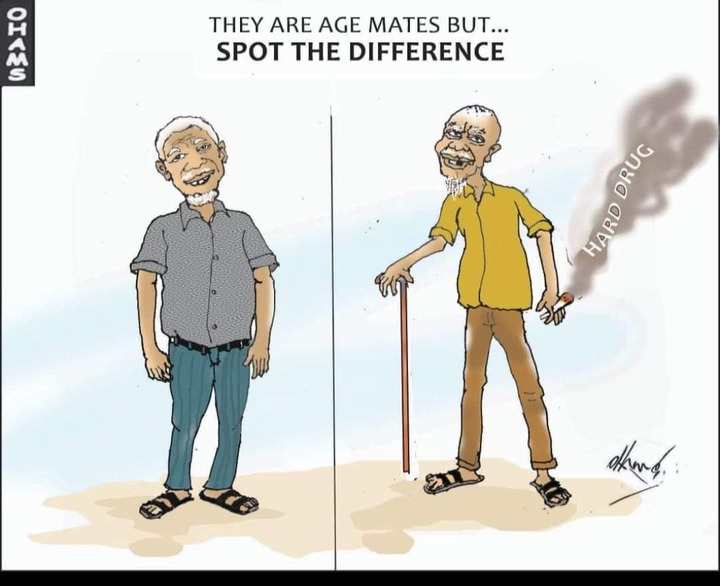 The above photo shows two men of the same age but different physical appearance. The man on the left looks more physically fit compared to the man on the right. What should this tell you?

The photo simply means the man on the right has become addicted to drugs and the effects have started kicking at him. 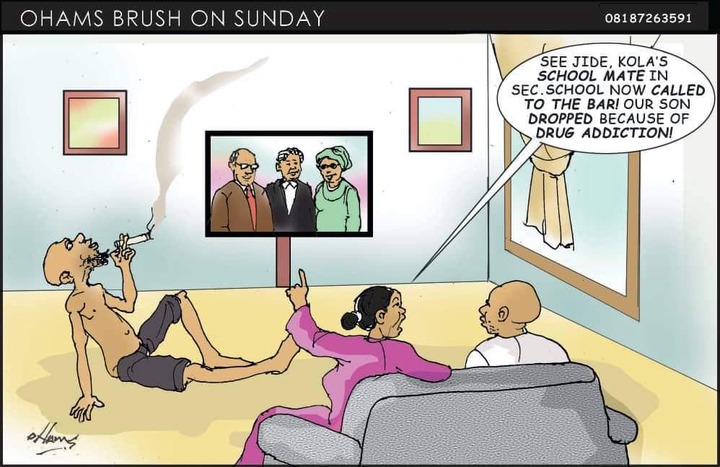 The above photo shows a couple discussing about a young graduate who is their son's supposed schoolmate if not their son became addicted to drug and dropout of school.

You can see that hard drugs can not only ruin your health but your future, please avoid it. 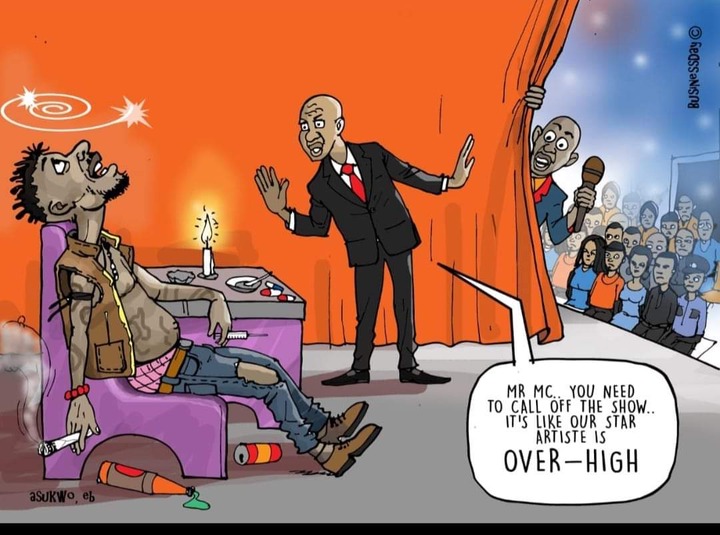 The third photo shown above is a celebrity who got high on drugs some minutes to his performance on stage. Drug abuse affects all levels of people. It doesn't matter if you are a celebrity or not, the effects of drug abuse will eventually happen. 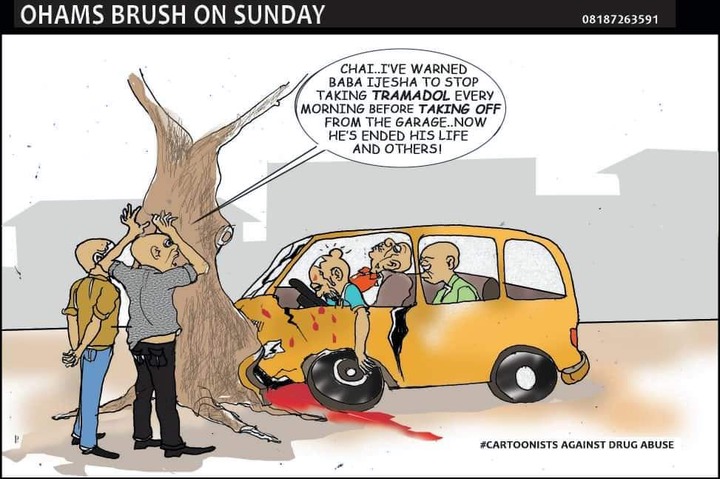 The last photo shows a car accident caused as a result of drug abuse. The driver who is a drug addict has ended the lives of innocent passengers as a result of losing concentration while driving.

In essence, we all need to keep off from taking hard drugs. It might seem relaxing and make you feel happy, but in the end the effects can be deadly.