By 9pm on Tuesday night, some policemen stopped me and one pointed his gun at me to come down -Aloma

By Passcord (self media writer) | 4 months ago

Some time ago, last year, many youths went into the streets, agitating against police brutality and also seeking the dissolution of the defunct SARS group, which was later looked into and attended to. After that, many policemen were withdrawn from the road and this gave rise to robbery of different kinds until the citizens started pleading that they be returned.

However, popular comedian Aloma Isaac Junior, who's better known by his stage name as Zicsaloma, took to his instagram story to narrate the harassment he faced at the hands of some policemen. According to him, it happened on Tuesday night around 9pm when he was asked to stop and, while he was doing so, another pointed a gun at him, asking that he come down. 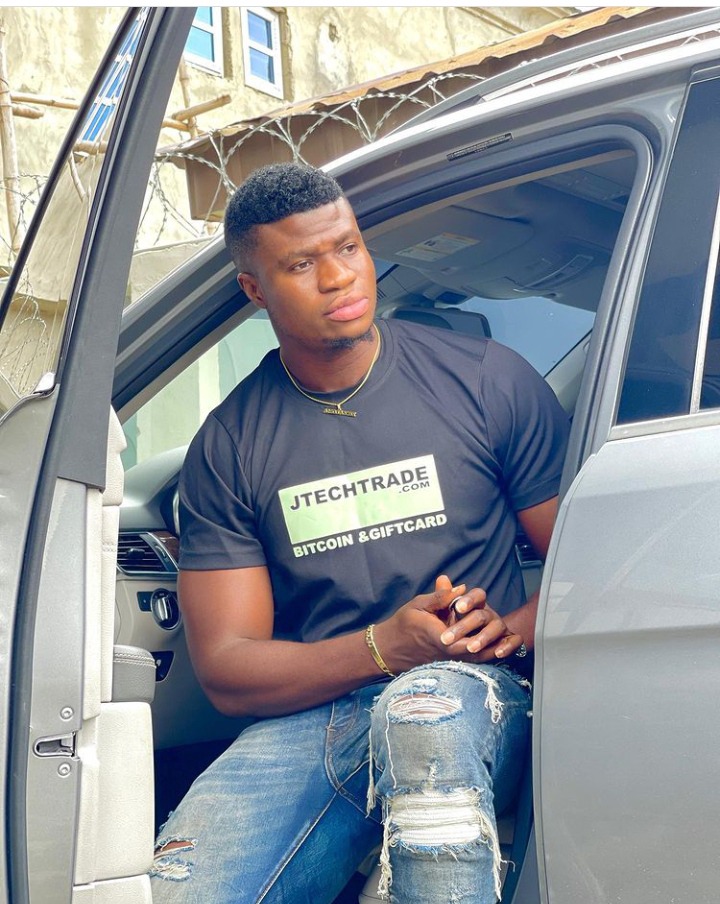 He was surprised that it was happening and before he knew it, one had already jumped out of the back of his car and he presumed he wanted to plant something in his car. He added that the man later came down but was still pointing a short gun at him when one of them later recognised him as a comedian. 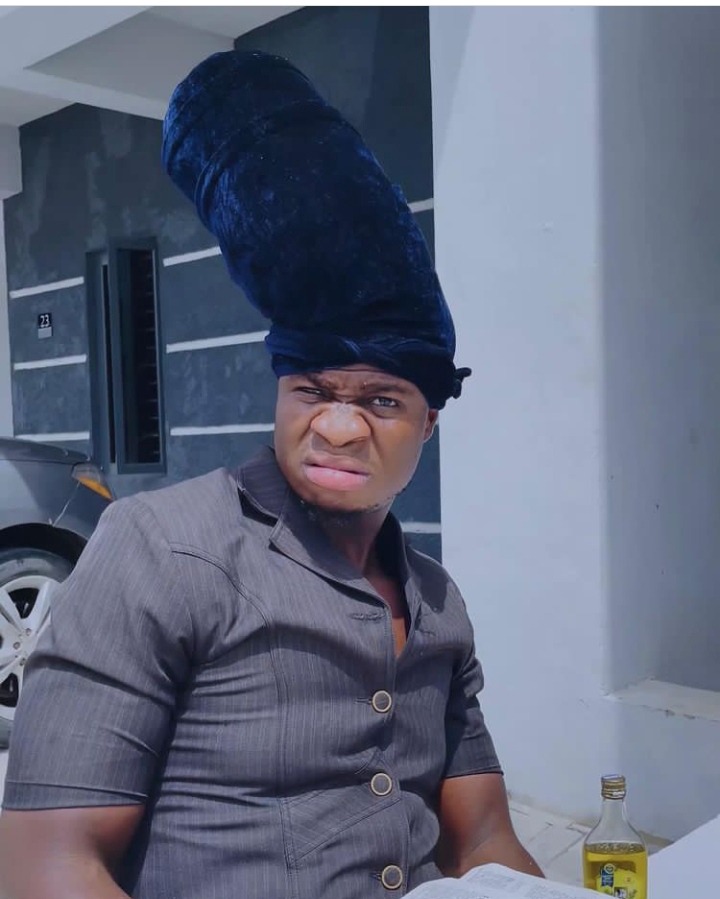 In his words, "he then started asking me for money, but I just drove off." 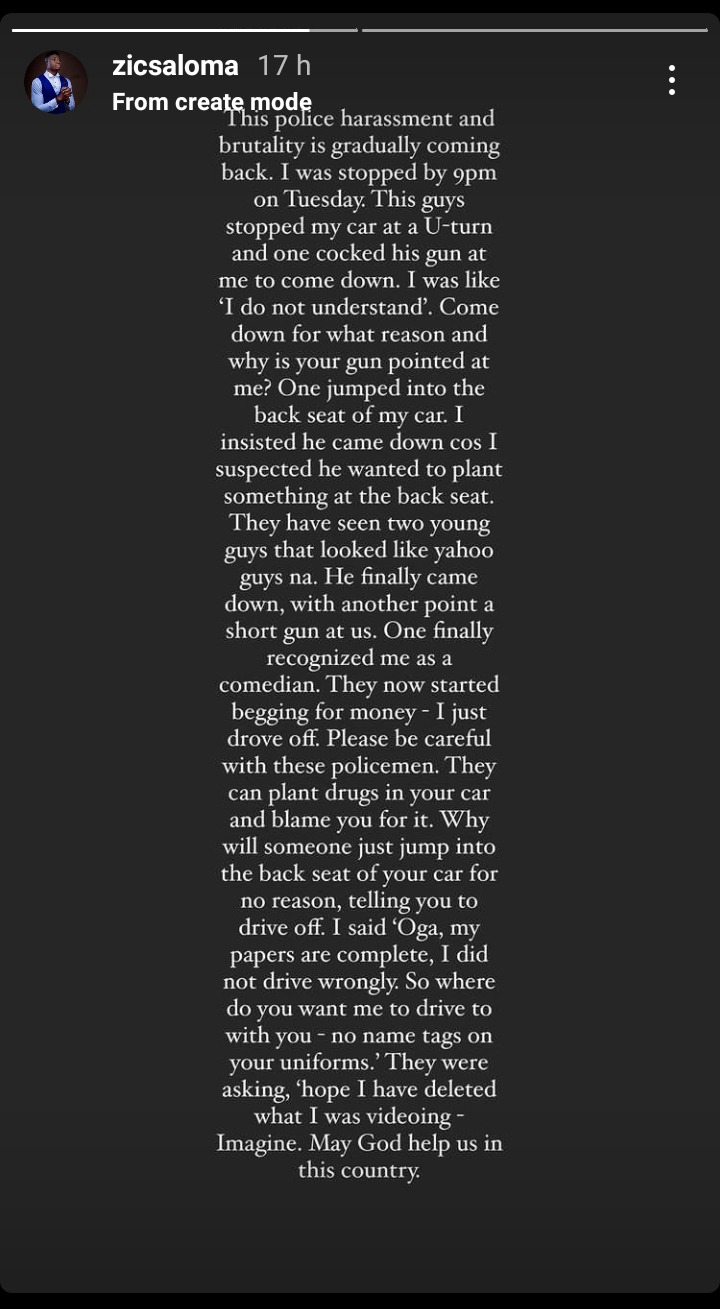