By Goldencreator (self media writer) | 1 year ago

We have heard about different prominent leaders in Nigeria who have fainted or showed Ill health during Probes and questioning.

It is sad to see that people come up with different tactics to escape the consequences of their actions.

At least one should be confident to present himself at any panel of investigation if that person is very sure of not having any skeleton in the cupboard rather than pretending to be ill in order to get people's compassion.

Some Nigerian Politicians and Government officials have exhibited this attitude when being probed or invited for questioning. So, I'll list 5 of them in this article. 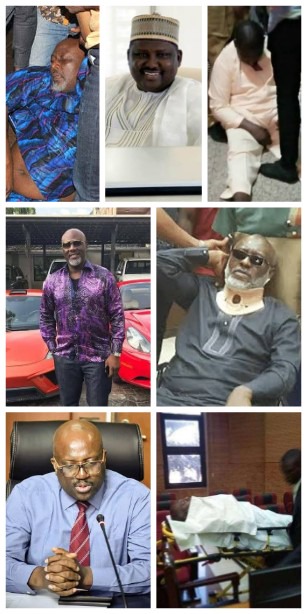 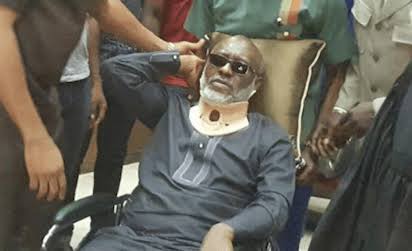 This is the former spokesperson of the People's Democratic Party. He was accused of of receiving a sum of 400million naira from the National security adviser's Office.

During his trial by the EFCC, Olisa Metuh said that he had health issues and ask permission from the court to let him go to abroad for treatment, the permission was denied.

He was absent in court subsequently and his lawyer would say it was because of health issues.

He later appeared in court in February 2018 in an ambulance. 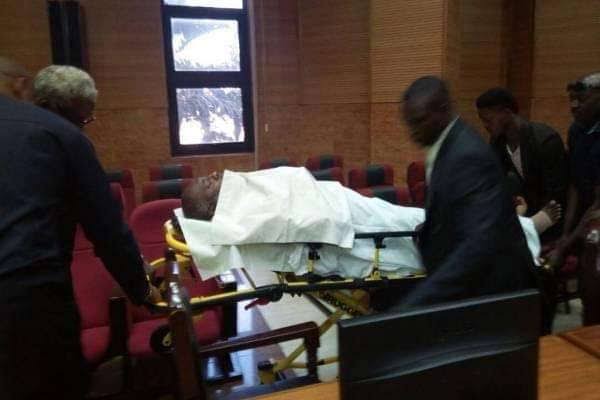 He was eventually imprisoned in February 2020. 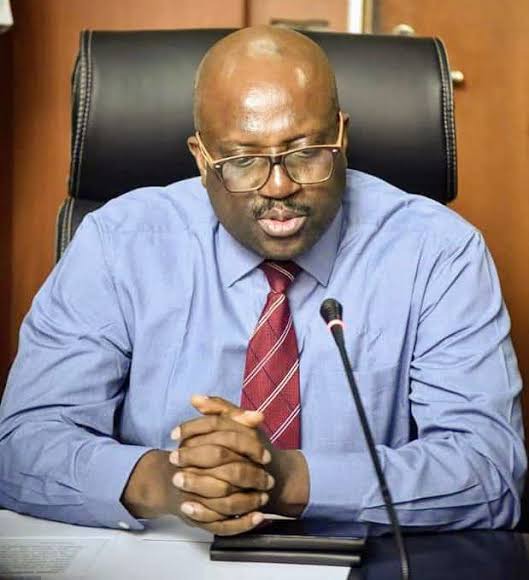 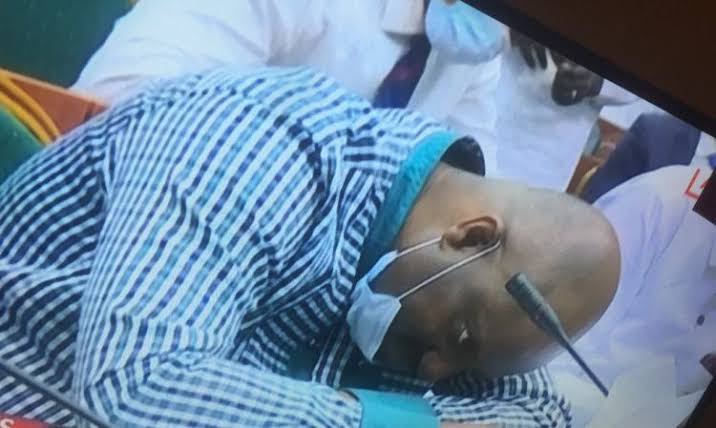 This is the interim MD of the NDDC. He fainted when being questioned about a monumental fraud at the National Assembly. 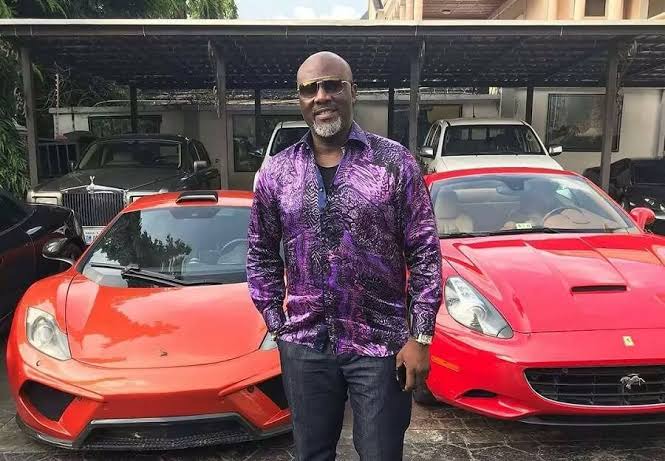 Dino Melaye was arrested in 2018 by the police for allegedly possessing firearms and some other allegations.

Dino Melaye, however jumped out of a moving vehicle that was carrying him to court and he was eventually hospitalized before he finally faced the court.

He was first granted bail, but later he was rearrested by the police and he was transferred to Kogi to face another trial. 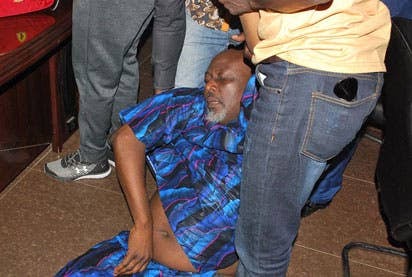 So, any time Dino appeared in court, get was always on a stretcher with eyes closed. It was reported that he also fainted. 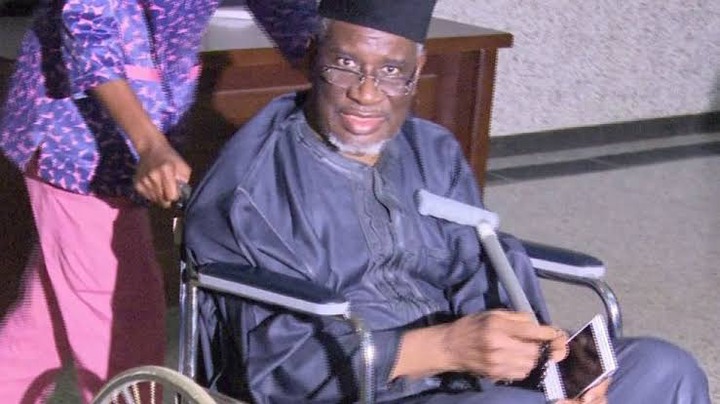 This is a former chairman of PDP who was accused alongside his son of collecting money from the two billion dollars illegal arm deal under the former NSA Sambo Dasuki.

In 2016, the former Charman was reported that he appeared in wheelchair at federal high court to face his trial. 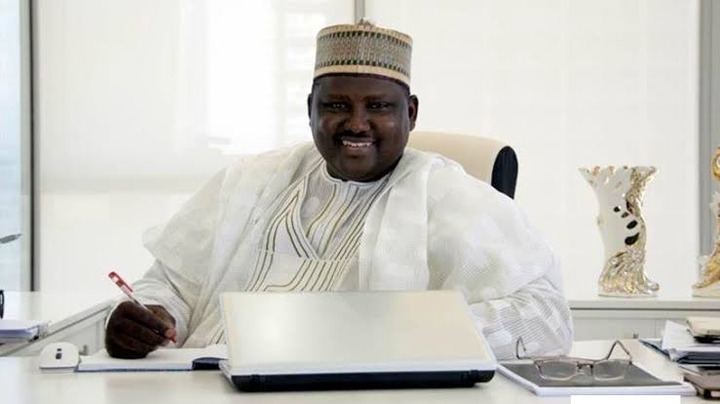 The last person on my list is Abdulrasheed Maina the former Charman of pension reform Task team.

Maina told the court where he's facing trials that he was facing health challenges, so he started attending his trial in wheelchair to prove his claim.

Although, he was later granted bail, but he was arrested in in Niger Republic and was conveyed back to Nigeria to face trials.

On, Thursday, December, 2020, Maina fainted when he was facing his trials. 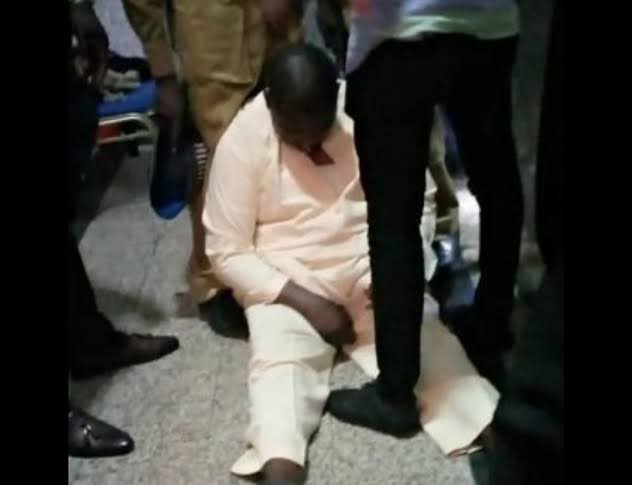 What do you think is the reason why some Nigerian Politicians or Government Officials do cheap things in order to get out of the trials they were facing.

Content created and supplied by: Goldencreator (via Opera News )