By GistFrank (self meida writer) | 16 days

A Naval checkpoint located along Onitsha-Owerri Highway in Anambra State has been attacked by unknown gunmen.

It's important to know that the incident was confirmed to newsmen on Wednesday by the public relations officer of the Anambra Police Command, Tochukwu Ikenga. 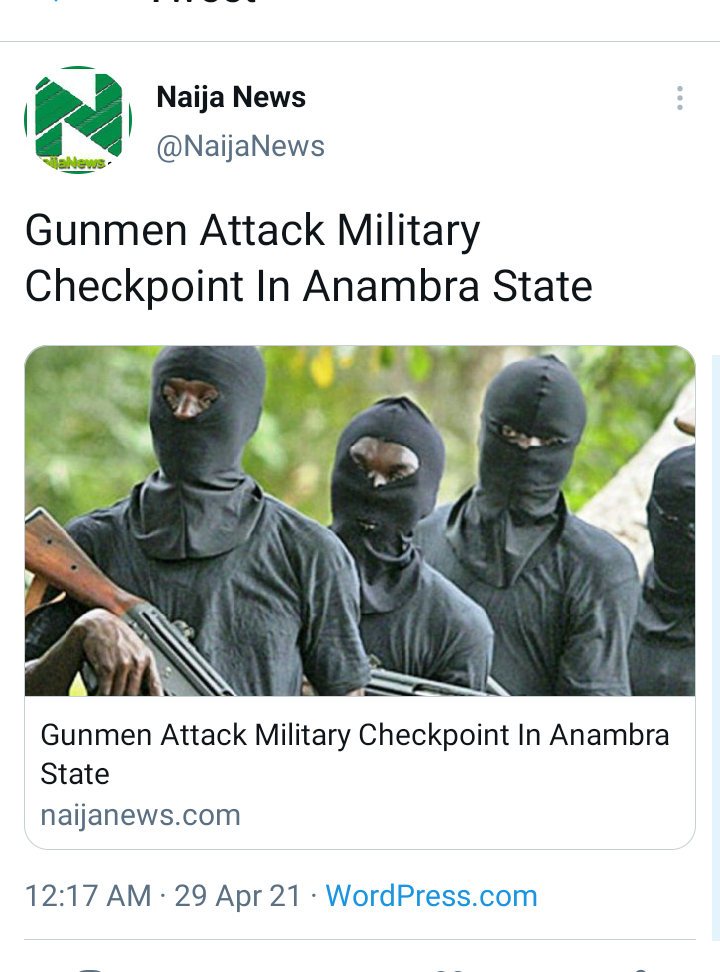 However, the Polic spokesperson failed to comment on the number of persons killed (if any) or injuries sustained during the attack.

He narrated that the Police sent a response team to the scene after a distress call was received on the attack and sporadic shootings in the area.

Ikenga added that investigations are ongoing to identify and arrest the hoodlums responsible for the attack.

Recently, the former President of Nigeria whose name is Olusegun Obasanjo revealed that the security challenges in the country won’t consume Nigeria. 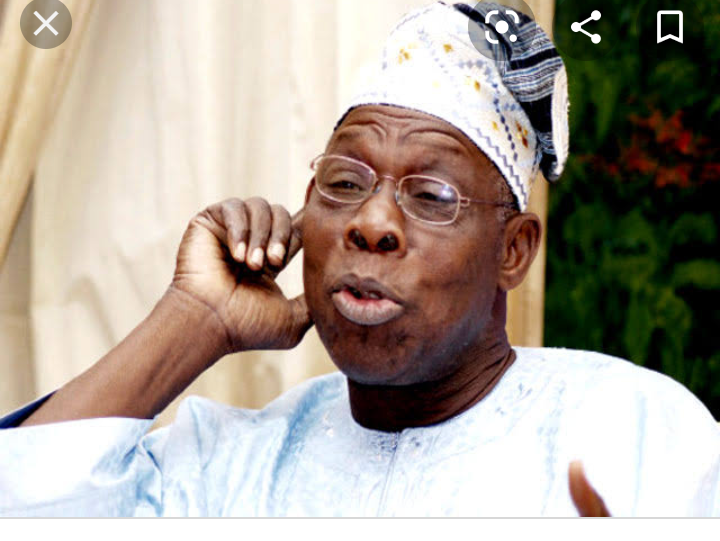 However, the Governor of Ogun State, Dapo Abiodun and his Oyo State counterpart, Seyi Makinde, also said there would be light at the end of the tunnel. 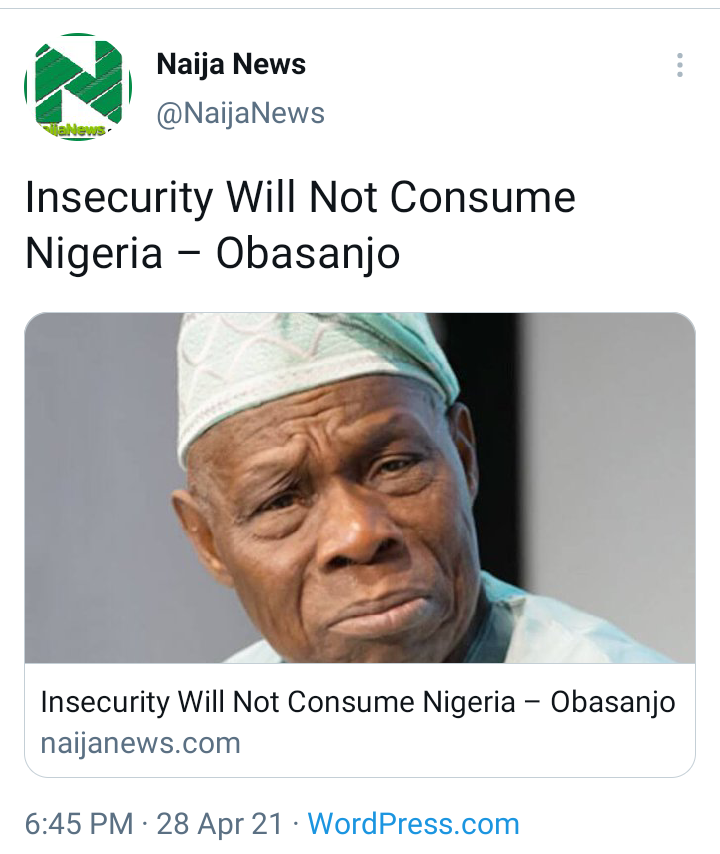 It's important to know that they made these statements while speaking at the 108th Nigeria Baptist Convention, held at the Baptist International Conference Centre, Lufuwape Town, along Lagos-Ibadan Expressway.

3) IPOB Not Responsible For Most Attacks In Ebonyi – Umahi Reveals.

The chairman of the Southeast governor’s (Gov David Umahi) has stated that IPOB member might not be responsible for the numerous attacks in some parts of Ebonyi state.

Speaking to newsmen on Wednesday, Umahi said that hoodlums hide under the umbrella of IPOB to carry out their evil attacks. 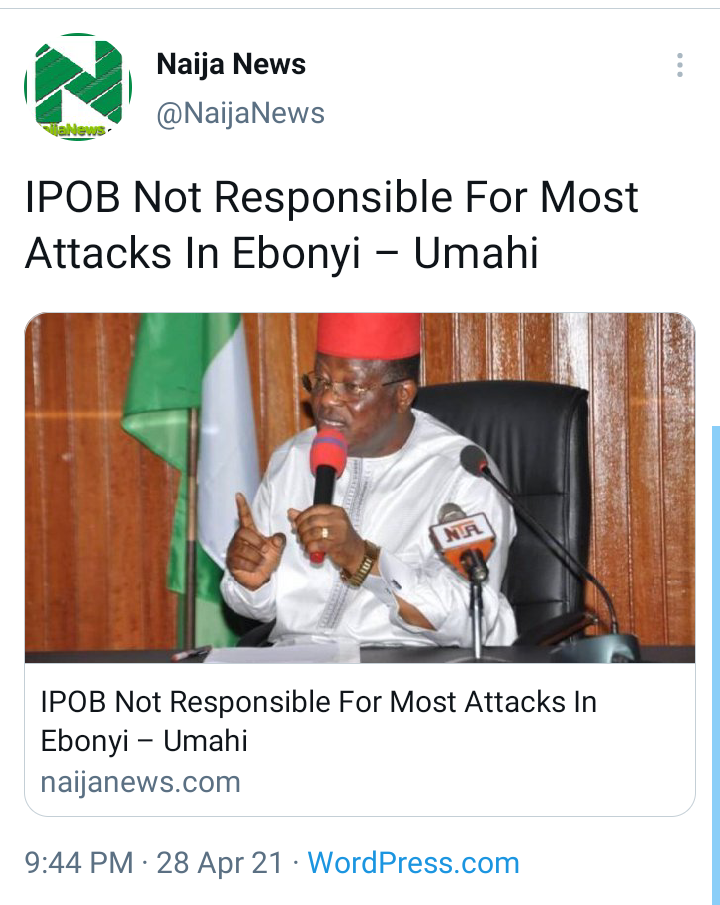 It's important to remember that unknown gunmen had on Tuesday attacked a bank at Onueke in Ezza South Local Government Area of the state.

Umahi said the gunmen also stormed the quarry clusters in Umuoghara in Ezza North LGA to steal and cause mayhem to traders in the area.

Kano State Government has directed all civil servants to resume work with immediate effect after shutting down due to the second wave of coronavirus.

The State Commissioner for Information, Malam Muhammad Garba disclosed this in a statement on Wednesday. 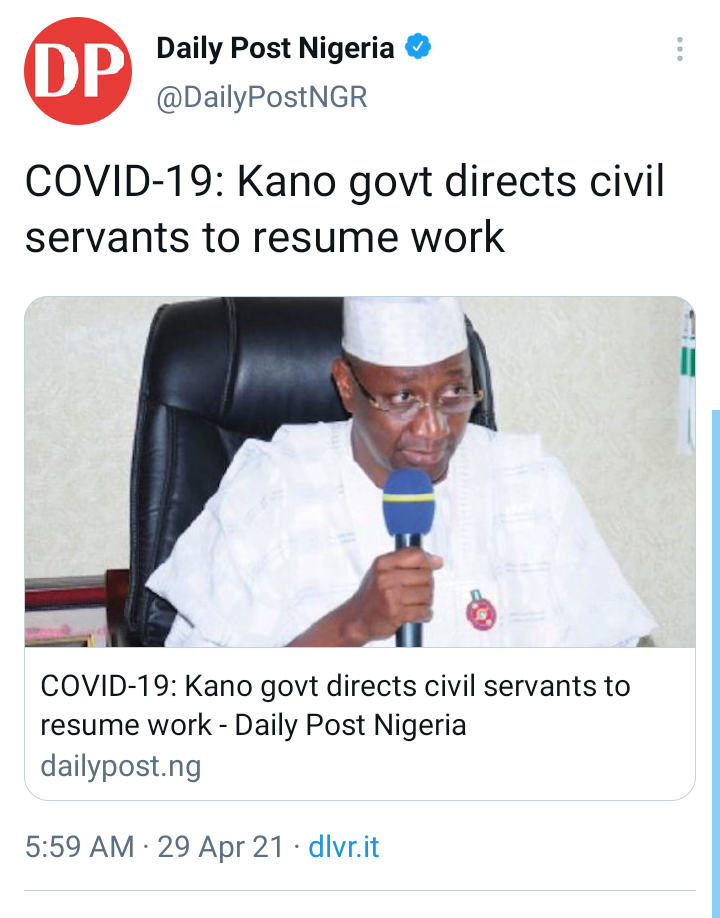 Malam Garba explained that the decision followed a successful fight against COVID-19 pandemic in the state in the last three months.

5) The Killing Of Ikonso Is Disastrous In Southeast.

Recently, "Ohanaeze Ndigbo" said that the killing of Ikonso Don was a disaster.

In a statement by the Secretary-General of the organization, Mazi Okechukwu Isiguzoro, the group said that the killing had made Ikonso a martyr. 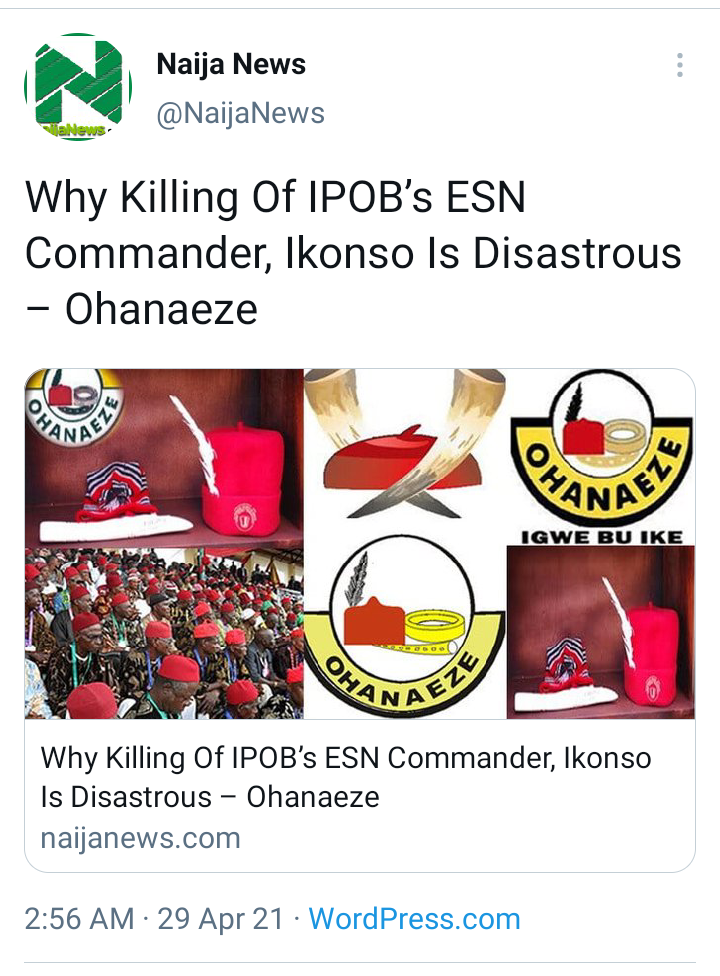 According to the Igbo group, Ikonso’s death has further worsened the tensed security situation in the Southeast zone.

Also, the group accused the federal government of trying to militarize the southeast, adding that government must give governors all the support they need.

Check Out Israel's 7 Most Destructive And Advanced Weapons Right Now

"Several Israelis Have Been Killed, Israel Will Not Tolerate This" - Israeli PM Warns Hamas