By Henryhub (self meida writer) | 17 days 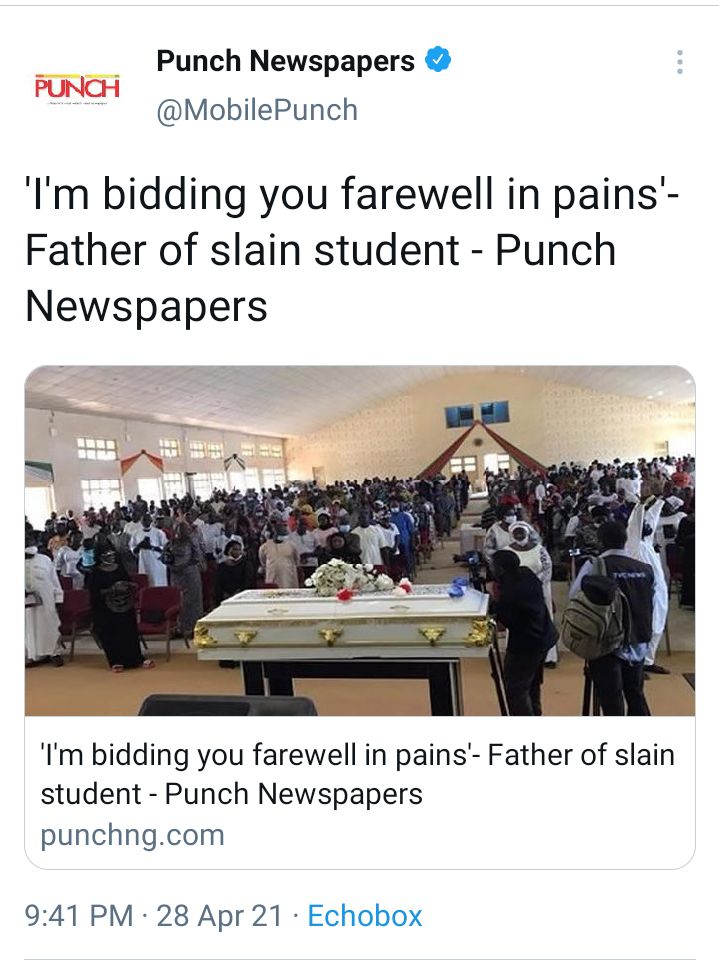 The father of one of the slain students of Greenfield University, Kaduna, Mr. Yohanna Meck said he was bidding her daughter, Miss Dorothy Meck farewell with a heart filled with pain and agony.

He said this in his tribute to her daughter that met her untimely death after she was kidnapped and murdered by bandits alongside side other students on Tuesday, April 20, 2021 in Greenfield University located in Chikun LGA of Kaduna State. 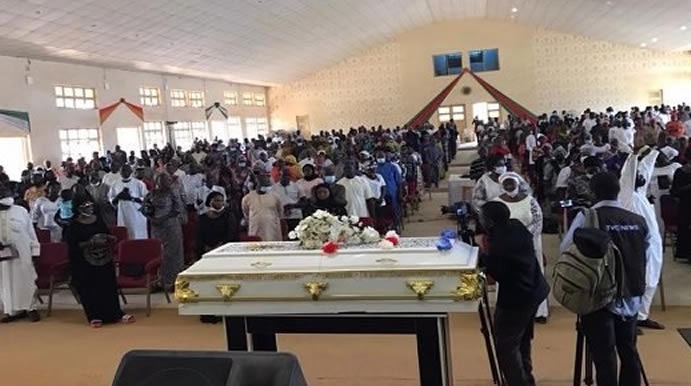 During the funeral service that was held at ECWA Good news Church, Narayo High Cost, the father of the deceased said in the tribute that the bandits intercepted the beautiful plan he had with his daughter.

Ogun Polytechnic shut down over insecurity 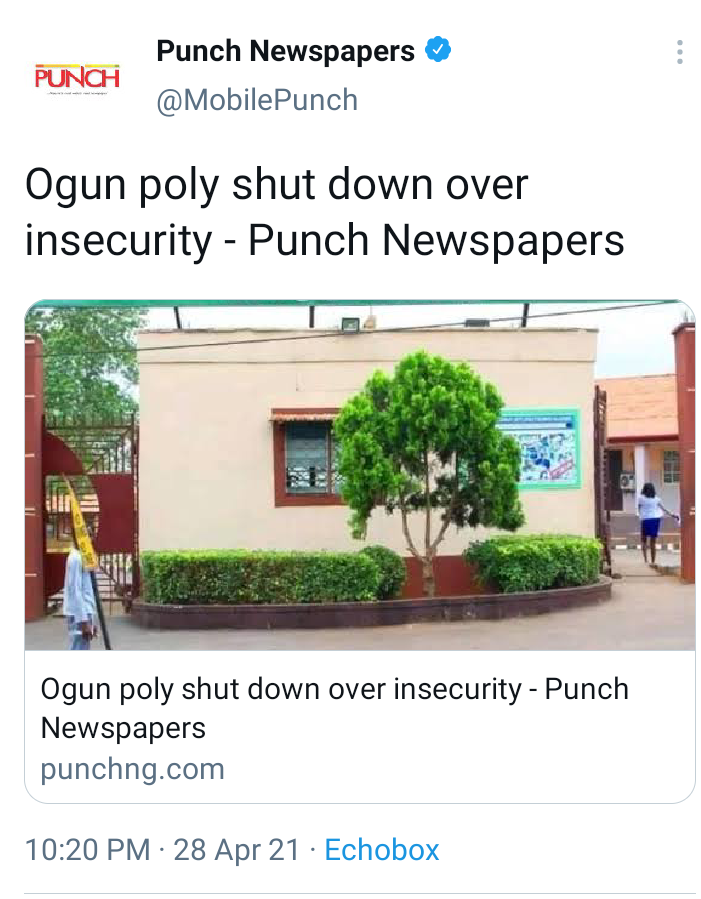 A polytechnic in Ogun state known as Gateway Polytechnic has asked it's students to go home due to worsening insecurity in the State.

The polytechnic owned by the Ogun State Government also suspended their ongoing exam until there is an improvement in the security situation on the State.

The announcement was made by the acting Registrar of the polytechnic, J O Popoola who ordered the students to leave the school premises immediately and proceed for a mid semester break until the security improves due to increasing number of reported cases of armed robbery and rape around the students' residences. 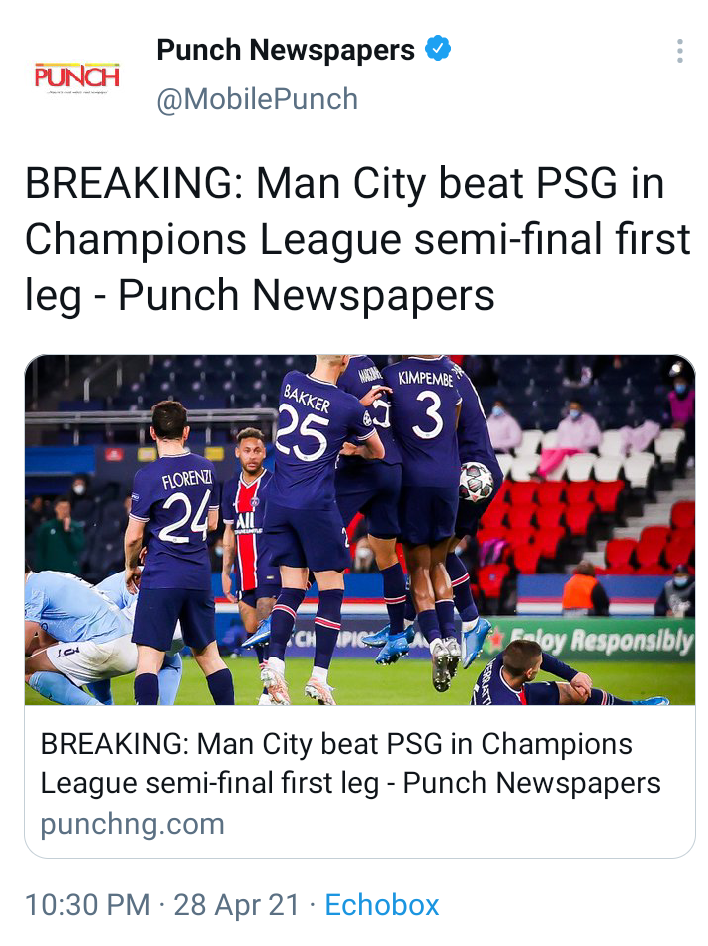 Manchester City has beaten Paris Saint Germain 2 goals to 1 on Wednesday in their last-four first leg.

In the first half, the PSG was leading by 1 goal through a header by Marquinho but Man City later dominated the match in the second half and came out with the win through the goals from De Bruyne and Riyad Mahrez. 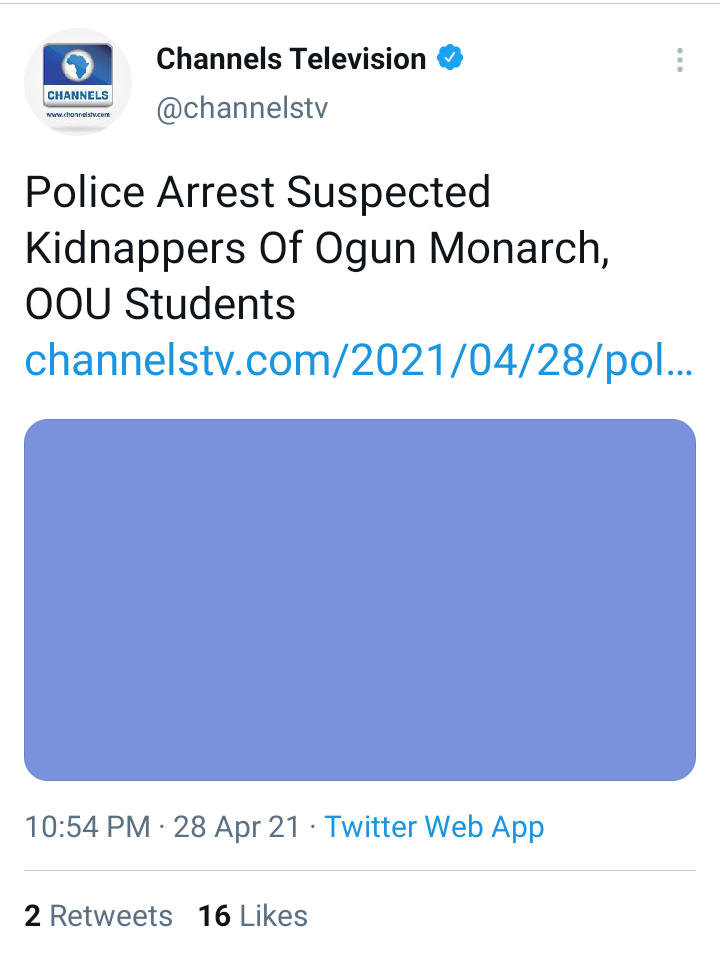 The Nigerian Police officers have arrested suspected kidnappers of Chief Tajudeen Omotayo and some OOU students in Ogun State.

The suspects were publicly paraded by the Commissioner of Police, Edward Ajogun on Wednesday at the Ogun State Police command headquarter in Abeokuta.

The police commissioner also disclosed that the suspects confessed to being the brain behind the kidnap of a doctor and a nurse in the same state. 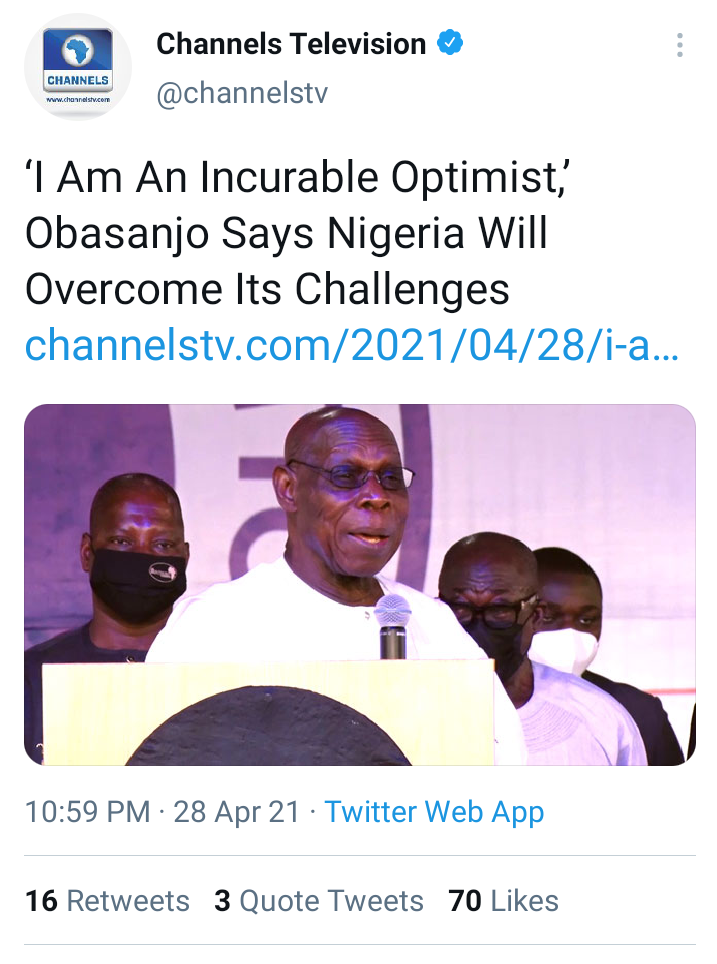 Olusegun Obasanjo, the former president of Nigeria has said that he believe that Nigeria will come out stronger from the security challenges and other problems it's facing now.

He also said that Nigeria can never break up even though the calls for the country's breakup are very loud but it will never be heard.

He said this on Wednesday at an event in Ogun that had Governor Abiodun and Seyi Makinde in attendance.

What is your thought on Obasanjo's statement?

Content created and supplied by: Henryhub (via Opera News )