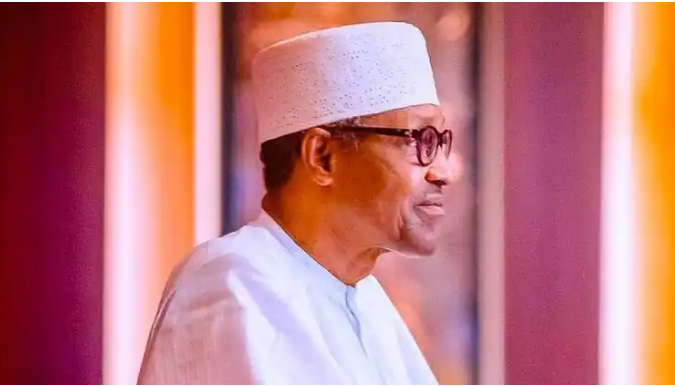 President Muhammadu Buhari has arrived Apapa, Lagos, for the launch of the $195 million Deep Blue Project.

The Deep Blue Sea project, an initiative of the Nigerian Maritime Administration and Safety Agency, NIMASA, is meant to secure the Nigerian end of the Gulf of Guinea, from the menace of pirates.

The launch of the project, when fully implemented, is also expected to increase the revenue profile of NIMASA and attract more vessel calls to the nation’s ports.

Earlier, the President had commissioned the Lagos-Ibadan Railway Line, a 156km standard gauge made up of 10 stations and complete with state-of-the-art conveniences, car parks, elevators and ultra-modern terminals.

2. EndSARS protest was to remove me from office —Buhari 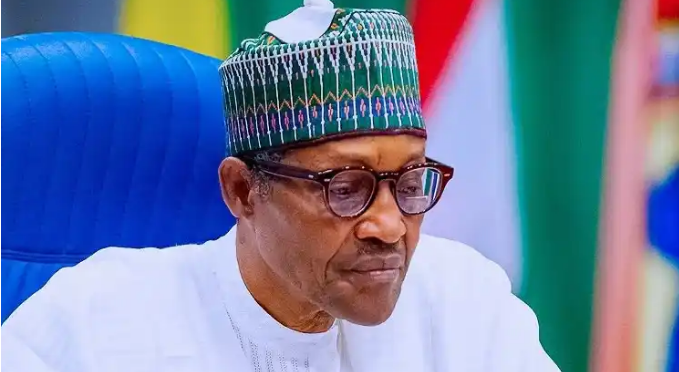 The President, Major General Muhammadu Buhari (retd.), has claimed that last year’s #EndSARS protest against police brutality was aimed at removing him from office.

Buhari said this when he appeared on Arise TV on Thursday morning.

The president stated that those who participated in the protest have made Nigeria unattractive to investors.

He also blamed the protest on the dwindling inflow of foreign direct investment to the country.

He was asked how he could improve foreign direct investment in Nigeria.

In response, he said, “This question was answered last year when there was the #EndSARS protest. You remember the young people that wanted to march here and remove me?”

He added, “Tell the young people to behave themselves and make the country safe, then we can attract real investors to the country”. 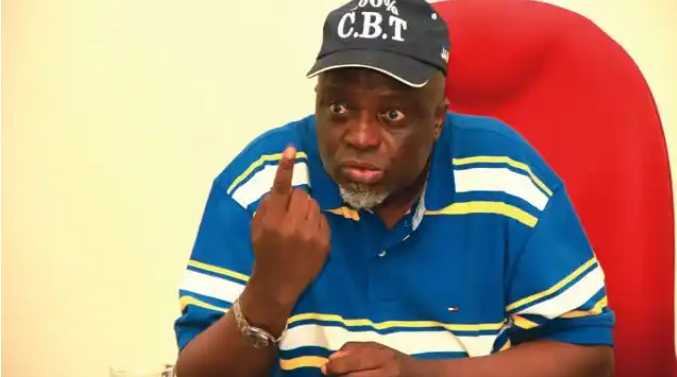 The Registrar of the Joint Admissions and Matriculation Board, Ishaq Oloyede, has disclosed that a second Unified Tertiary Matriculation Examination may be conducted in 2021 for candidates with genuine registration hitches.

Oloyede, made this known in Lagos while monitoring the profiling of candidates facing registration challenges for the 2021 UTME.

“So far, we have just 17, 758 candidates with challenges that have been profiled, nationwide.

“At the end of the entire exercise, we may have to conduct another examination for those with genuine cases after the main UTME slated for June 19 to July 3,” he said.

He emphasised that the board is committed to ensure that Nigerian youths would be given an equal opportunity and access to tertiary education.

“Since I came here this morning and interacted with candidates, I have discovered that most of them are largely unserious and are basically the cause of most of their challenges.

“We keep hearing flimsy excuses such as my lesson teacher used his phone to generate the profile code, our tutorial centre helped us to register and I was not in town.

“Other reasons advanced are: I used my mother’s NIN to generate my profile code or my mummy did the registration for me,” he said.

The registrar pointed out that some candidates genuinely did not have money to procure UTME forms. 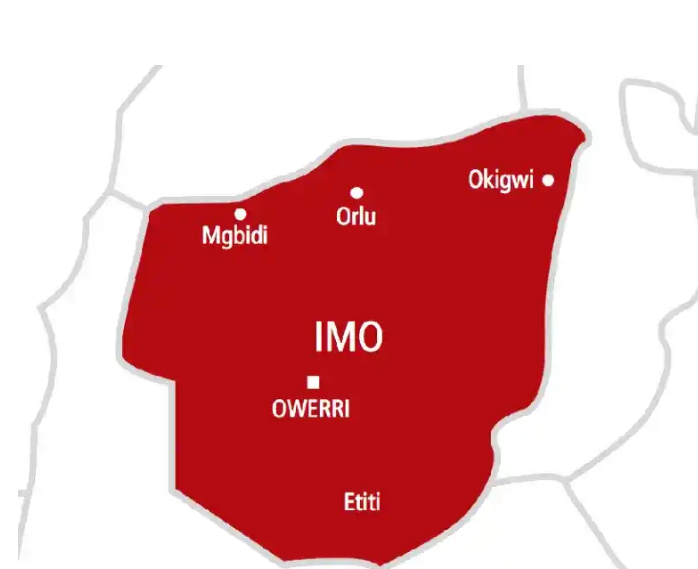 The Imo state Commissioner of Police, Abutu Yaro, Thursday said that fake news entrepreneurs operating in the state, were behind the rumours of attacks on government house and Army barracks.

The Command through the State Police Public Relations Officer, PPRO, Bala Elkana, disclosed this to newsmen in Owerri.

He, however said that the command would deal with such group of persons or individual peddling such rumours against the state, just to threaten the peace of the state.

According to the Police, “The attention of the Imo State Police Command has been drawn to a post Making the rounds on various social media platforms stating that the Army barracks and Imo state government house were attacked, and fifteen (15) soldiers shot dead.

“The Command hereby wish to inform the general public that there was no such attacks in these places mentioned in the write up, that is just the figment and imagination of the author. To this end, members of the public are advised to disregard the news, as it is handiwork of mischief makers and budging conflict entrepreneurs.”

“The Commissioner of Police therefore warns the public to be wary of such posts, as it is aimed at causing palpable tension, as well as instilling fear in Imolites. It furthers warn mischief makers to desist from such fake alarms/news, else they face the wrath of the law.

“In the meantime, peace is largely restored to Imo state and business entities, especially nightcrawlers and hospitality patrons to feel free, come out en masse in pursuit of their regular pleasure,” Imo CP assured. 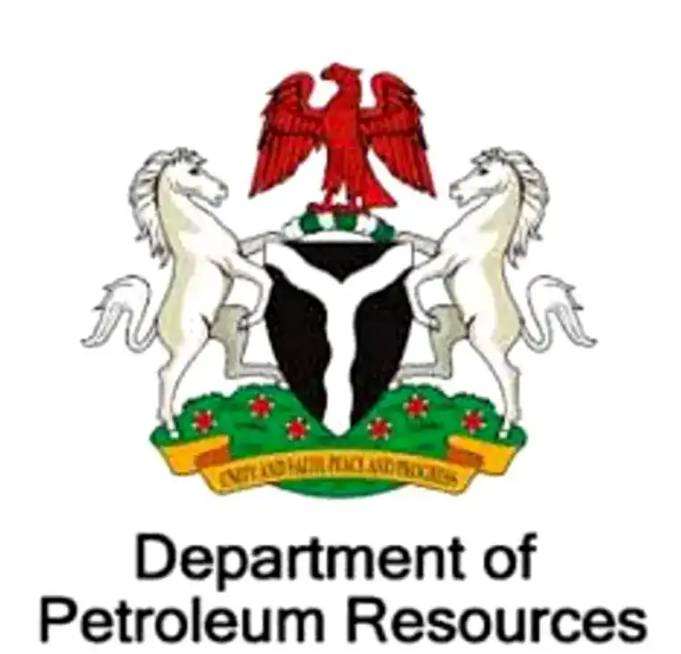 Mr Sarki Auwalu, Director, DPR, made the announcement on Thursday in Abuja at the 2021 Nigeria International Petroleum Summit.

The new figure represents a marginal increase of 3.37tcf, representing 1.66 per cent percentage increase over the 203.16tcf recorded in the corresponding date of Jan. 1, 2020.

He said that the growth of gas reserves was a critical lever to achieving Federal Government’s “Decade of Gas Initiative’’, aimed at transforming Nigeria to a gas-powered economy by 2030.

Auwalu said: “Nigeria attained the target of 200tcf of natural gas reserves by the Reserve Declaration as at Jan.1, 2019, before the 2020 target

“Thereafter, government set a target to attain a Reserve Position of 2020tcf by 2030.

“It is, therefore, my pleasure to formally declare the National Gas Reserves Position as at Jan. 1, 2021 at this important forum.

He said the recent award of 57 marginal oilfields to indigenous companies was one of the strategies to increase their participation in the country’s oil and gas industry.

According to him, Nigeria’s human and natural resources, coupled with being Africa’s largest economy, places the country at a vantage position for investment and participation.

Auwalu said: “Nigeria is positioned to optimally develop its oil and gas resources for the benefit of its 200 million shareholders. Indigenous operators have a significant role to play.

“Government’s aspirations and policy thrust of the “Decade of Gas’’ underpin the drive for investments across the value chain.

“Government will support indigenous and marginal field operators to grow, share and enhance participation in the sector for wealth and value creation.’’

Content created and supplied by: Friday02 (via Opera News )

Who do you think a Christian is?

The 3 elements of destiny.

5 Common Habits That Can Lead To Kidney Problems