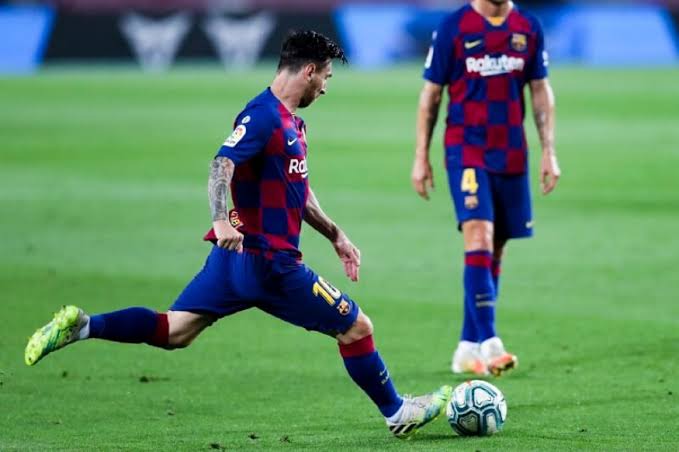 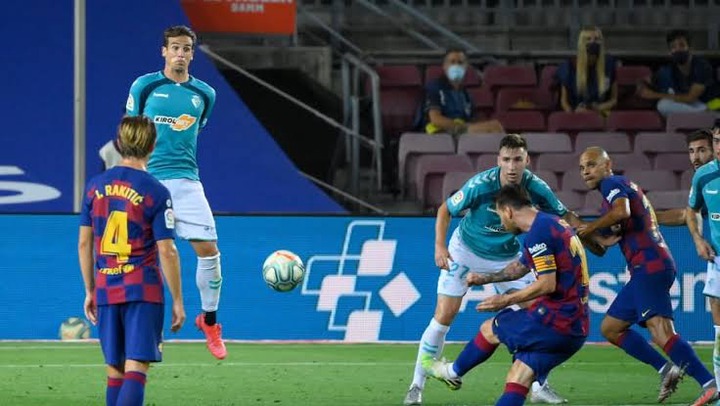 Despite his great free kick against Osasuna, Messi didn’t celebrate. He even made a gesture: “You’ve got to do everything yourself here!” 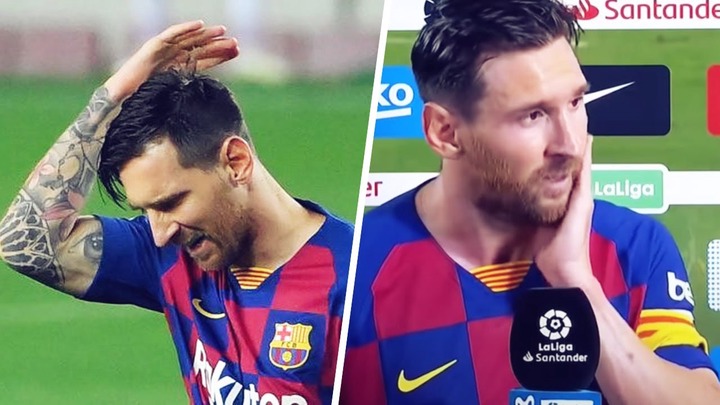 After the match. Leo also had a huge rant. According: “We were a very inconsistent team, very weak. We let in goals easily. We lost lots of points when shouldn’t have lost them. 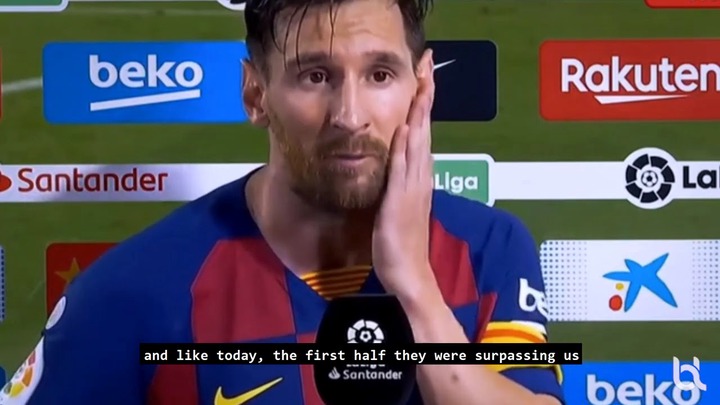 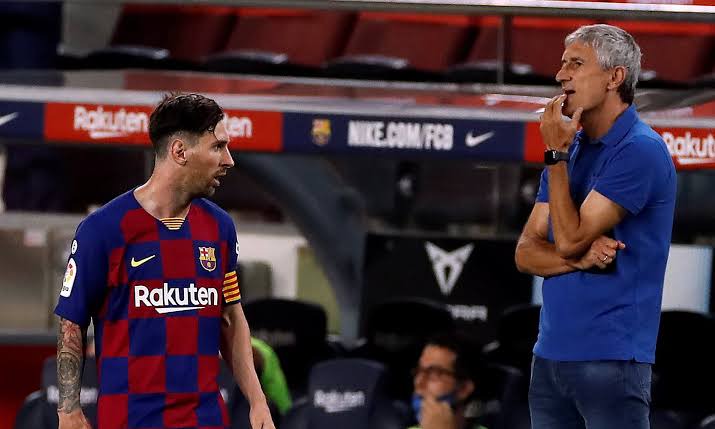 Admirable clarity, unlike Quique Setien. According to Coach: “I think we weren’t lucky. I think we didn’t have the luck that our opponent had, you know.” 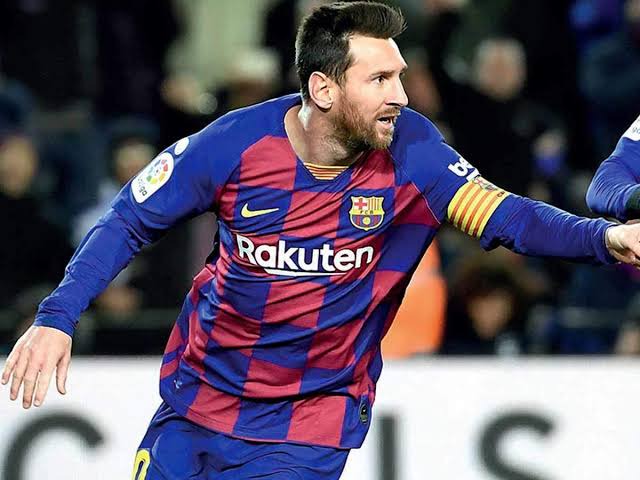 This season, only Messi seems to be playing his best level, which is why the Argentinian is negative about Barca’s future. 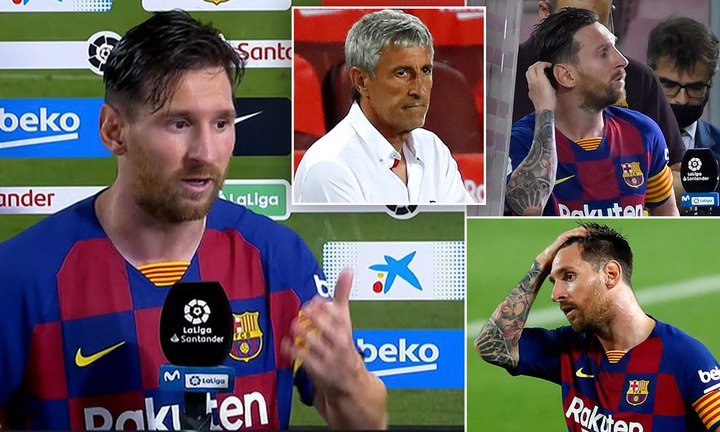 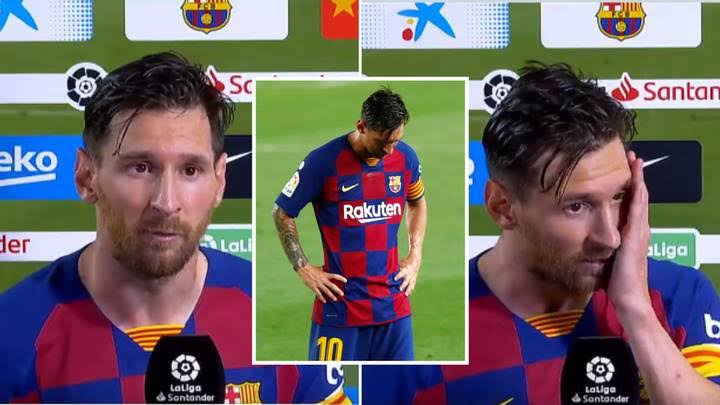 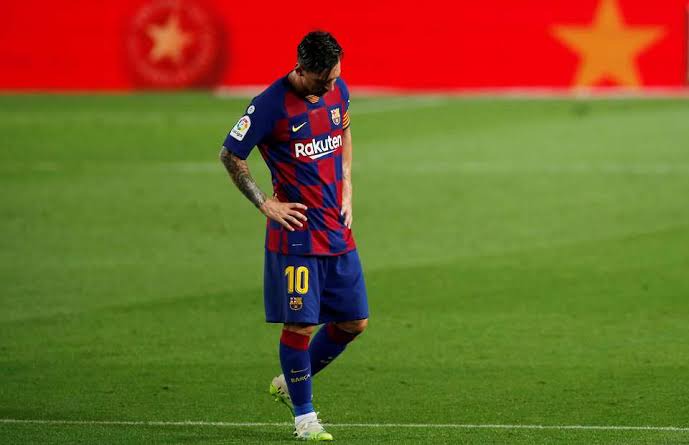 “It’s clear that if we keep going like this, we won’t win the European cup. We didn’t even win La Liga” Furious, Messi didn’t hesitate to break with Setien after the match. 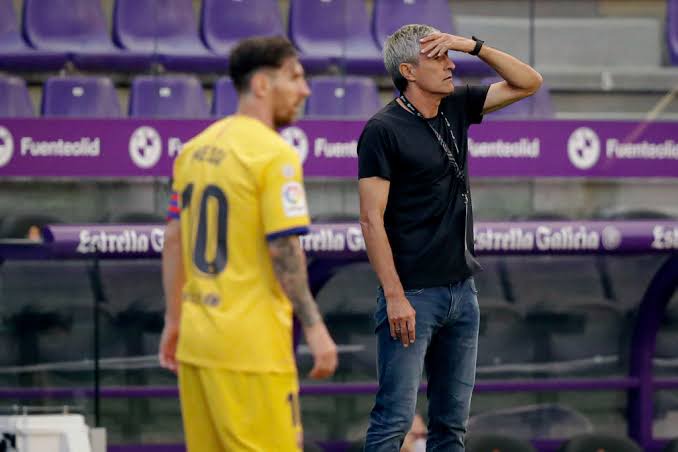 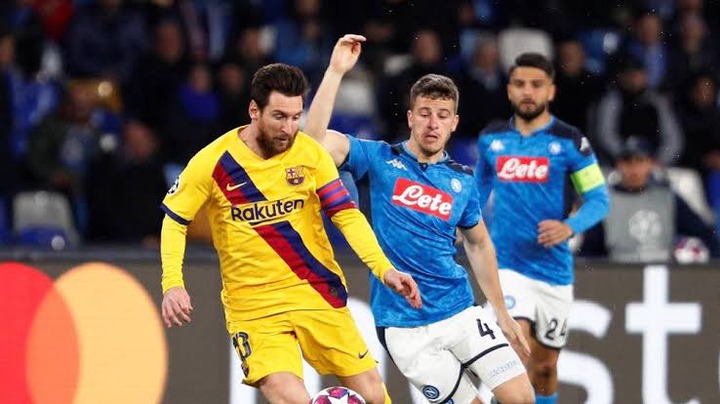 “If we don’t change, we’ll also lose the upcoming match against Napoli. From January to now, we’ve been very bad.” Messi seems extremely embarrassed especially for the fans. 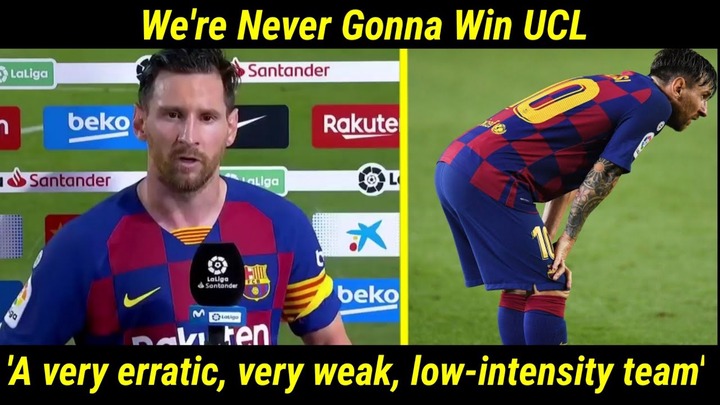 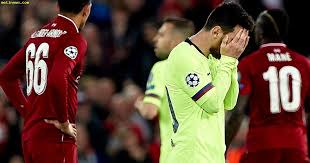 “We’re a very fragile team, beaten in intensity and desire. AS Roma, Liverpool……. People have lost patience with us and that’s normal because we’re not giving anything. 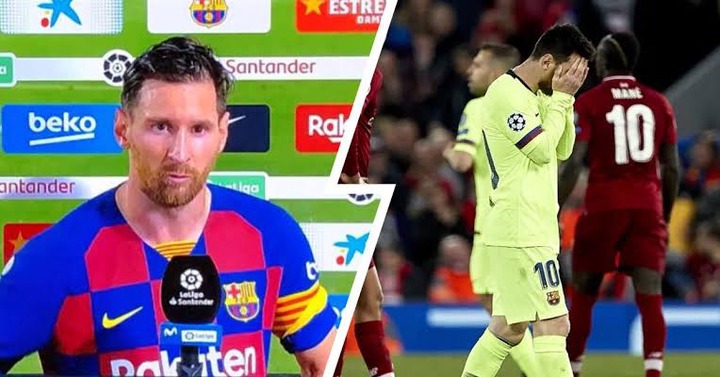 Messi has rarely given such a sincere interview in his career. Barca are undoubtedly going through a deep internal crisis. 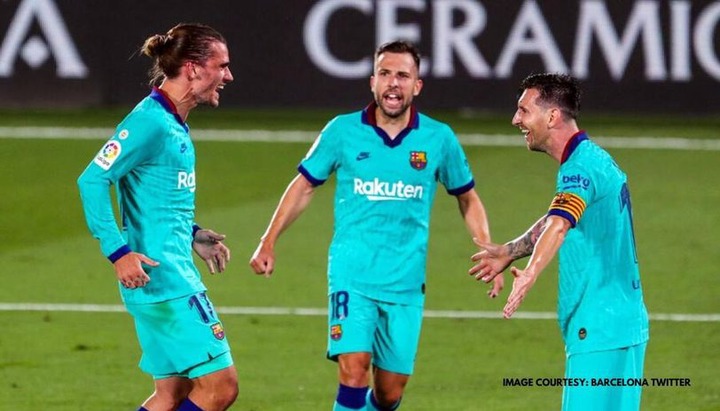 Their results have been average but the power games are even worse, a chaotic situation which could force Messi to leave the club. 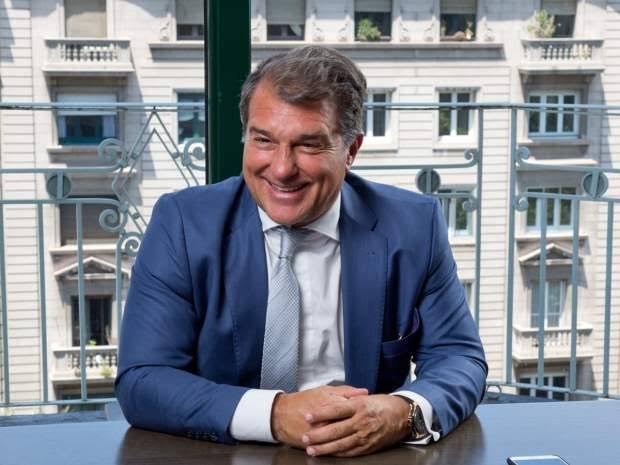 Barca’s former president confirms this theory. According to Joan Laporta: “Barca have the best player in history and have to create adequate conditions so he stays and feels good. 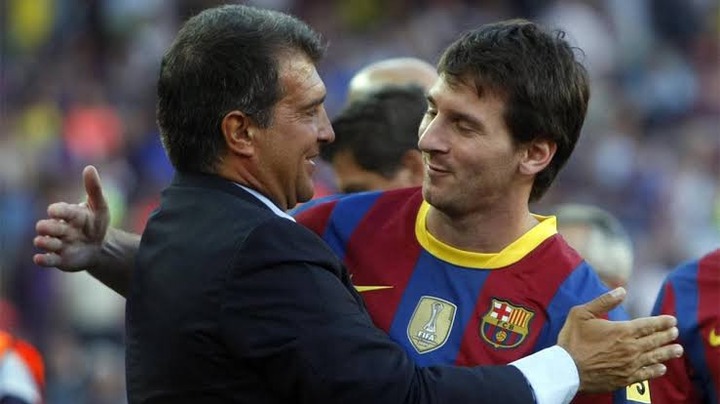 “The current directors don’t know how to manage certain things and I’m afraid that their measures will lead to an irreversible decisions. 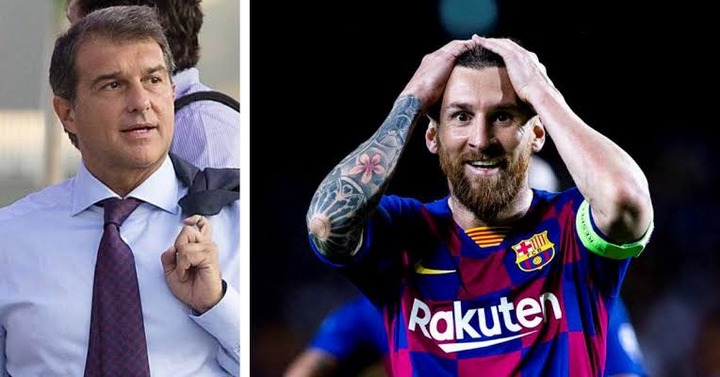 “I won’t lie to you, his future is quite concerning.” More than ever, Messi is on the point of leaving.

La Pulga’s contract ends in 2021, and he has several options. Join Newell’s to finally play in the Argentinian league. 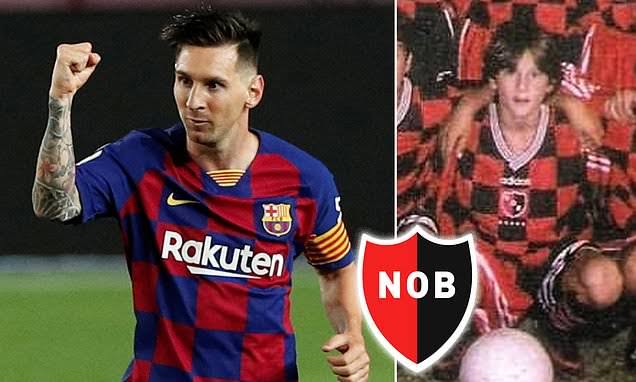 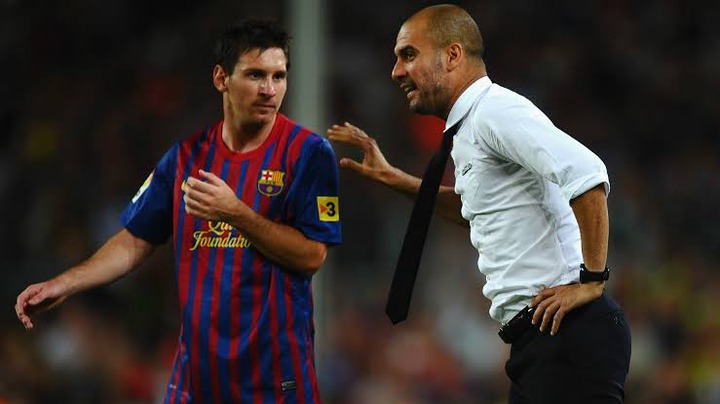 He could join Manchester City to finally reunite with Guardiola or join Juventus to play with Cristiano Ronaldo.

At least that’s what the Barca legend Rivaldo would like to happen. According to Rivaldo: “Some agents are dreaming of a Messi-Ronaldo duo at Juventus and its impact around the world; that would be monumental to see them playing together. 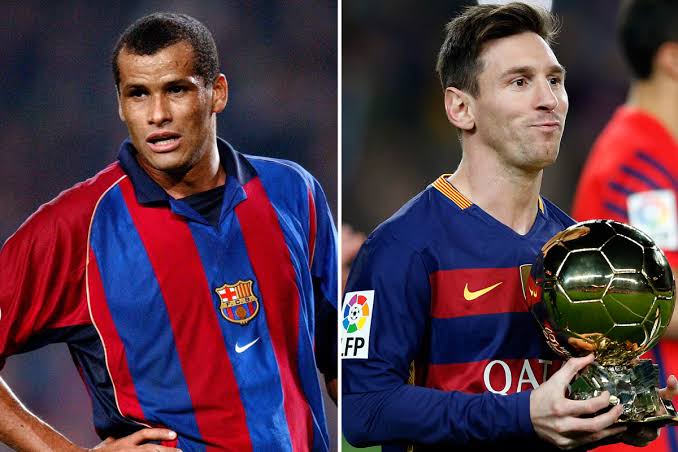 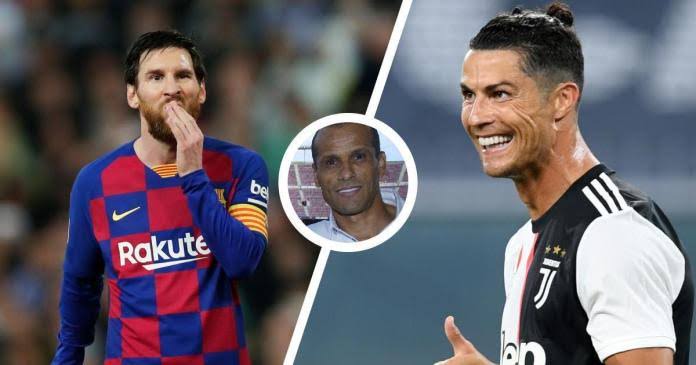 “I’m sure that many of Juve’s sponsors would love to help financially, so it’s a possibility for Messi.” 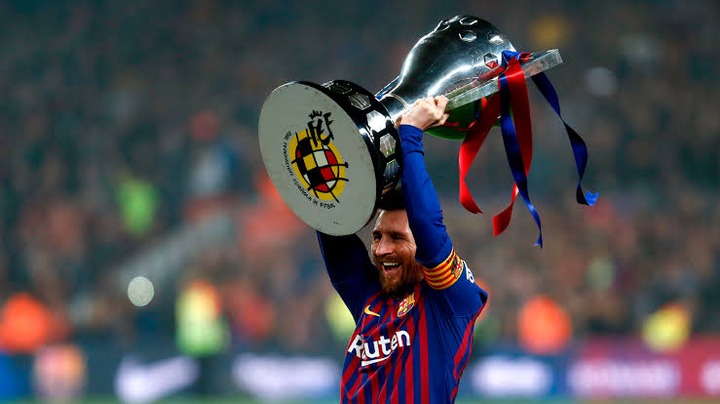 While it certainly would be monumental, it’s still very unlikely, and the final option is to end his career at FC Barcelona.