Manchester City Boss, Pep Guardiola has sent a warning to recently crowned La liga champions, Real Madrid ahead of their second leg round of sixteen champions league match. The Spanish Boss is under no pressure on what his team must do to defeat the Spanish giant.

Pep has it at the back of his mind that his side must step up their game to get past Real Madrid after being down in some league matches.

City had an unforgettable joyous moment off the pitch when the Court of Arbitration for Sport overturned their two-year ban from UEFA competitions, after they were not found guilty of the FIFA fair play violation over the rules and regulations set by the European football governing body.

On the other hand, Man City has lacked behind after falling victim to London base side, Arsenal in their 2-0 FA cup semi final defeat at Wembley. 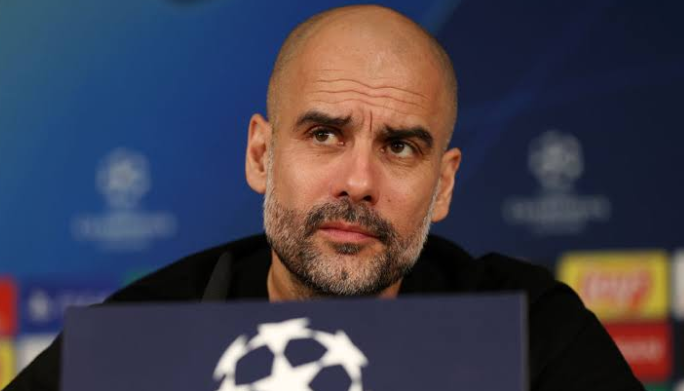 Though they won the EFL cup early in March and loosing out in the premier league with Liverpool already crowned champions, Man City will ultimately be judged by their Champions League performance.

After winning the Los Blancos side 2-1 at the first leg of the Champions League in Madrid, Man City has a strong advantage of enhancing to the last 8 when Madrid travels to the Etihad on August 7th.