FA CUP:- 3 Possible Ways Chelsea Could Line Up Against Man City On Saturday

Chelsea Football Club are set to face Manchester City at Wembley stadium in the semi final of the 2020/21 FA Cup campaign. 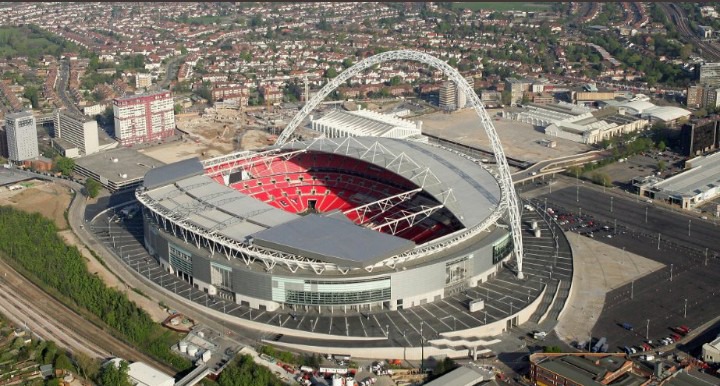 One would not be wrong to call the West London club's presence at this stage of the competition a joint effort by two different managers. 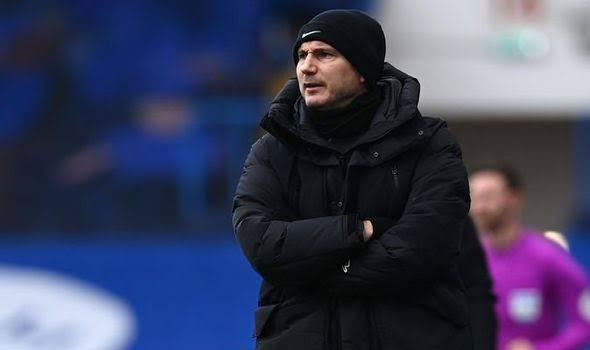 Frank Lampard oversaw a 4-0 home win over Morecambe in the third round and followed it up with a 3-1 triumph against Luton Town. Eventually, that was his last match as Chelsea coach as he received the sack letter immediately after, paving the way for the arrival of Thomas Tuchel. 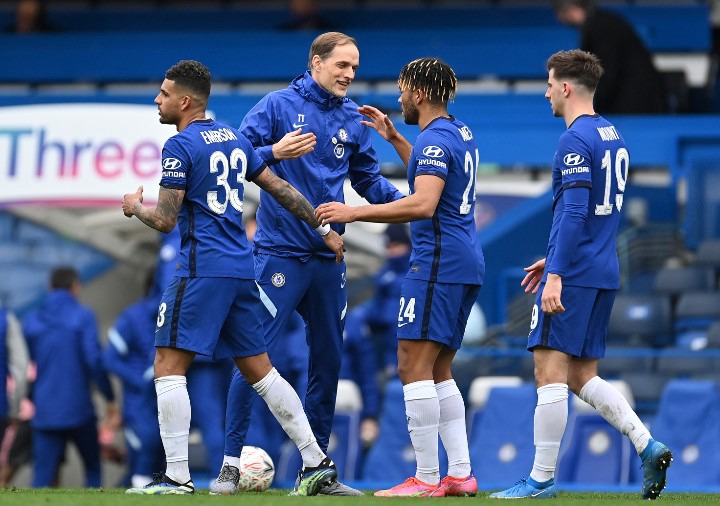 Since then, the German tactician has led them to a wins over Barnsley and Sheffield United, which landed them a semi final date with Pep Guardiola's Manchester City. 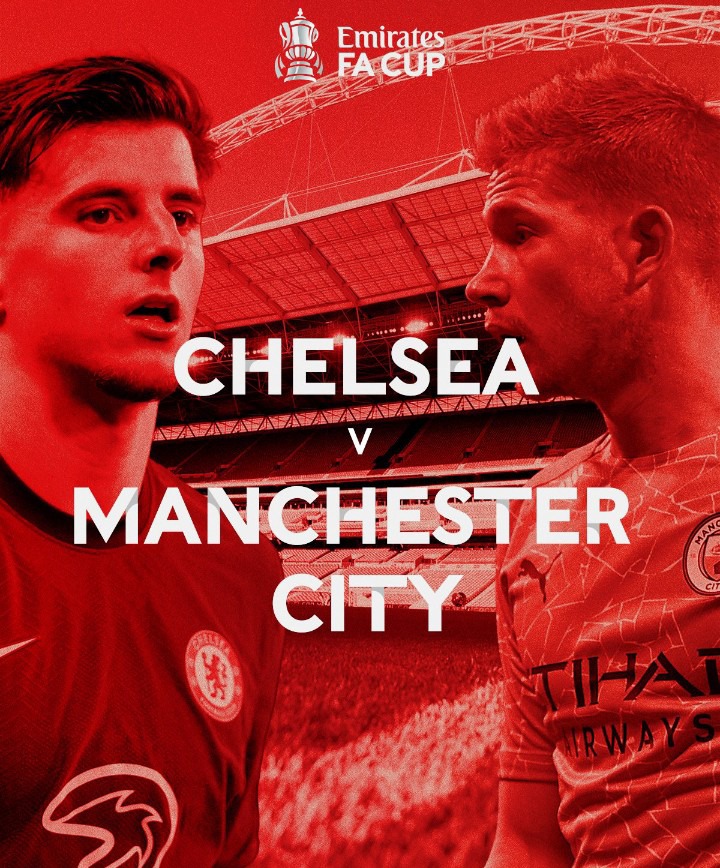 From his press conference on Friday, Chelsea head coach Thomas Tuchel revealed that Andreas Christensen and Matteo Kovacic will both miss the match through injuries. 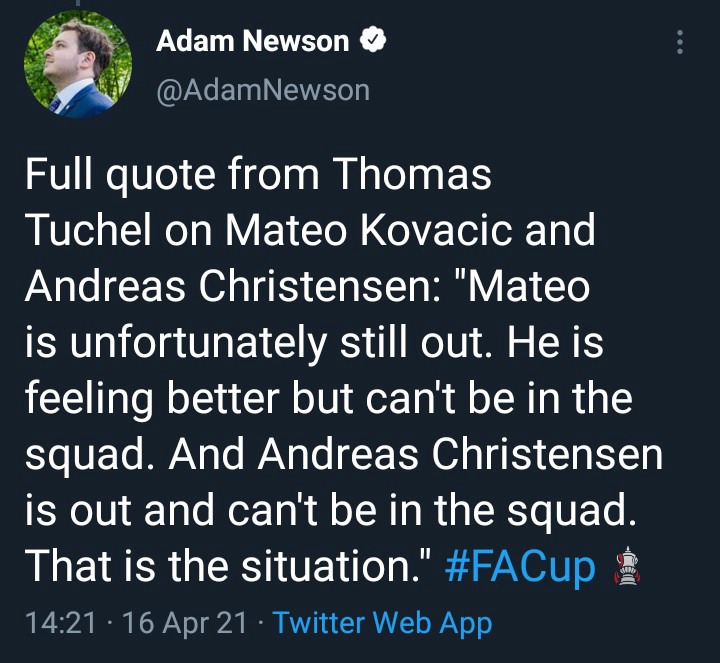 However, Thiago Silva is back and played the full 90 minutes in midweek against Porto. Kante is also fit and available for selection on Saturday.

Here are three possible lineups which Tuchel could use against Man City:

Pep Guardiola's team like to keep possession and play a high line. This could be an advantage in Chelsea's favor because of the big pitch at Wembley Arena and Timo Werner's lightening pace. 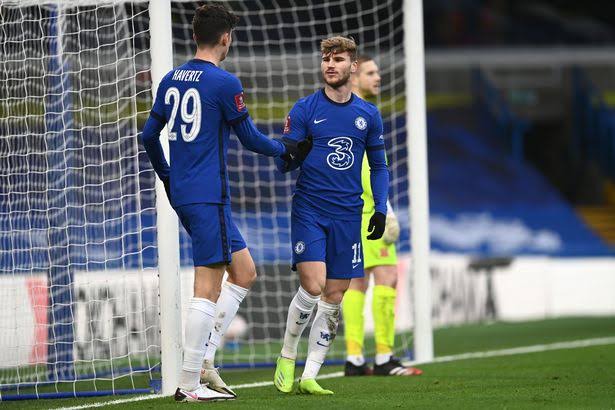 All Tuchel has to do is play a creative midfielder like Mount in behind Kai Havertz and Werner so that they can take advantage of the acres of space in behind the City defense. 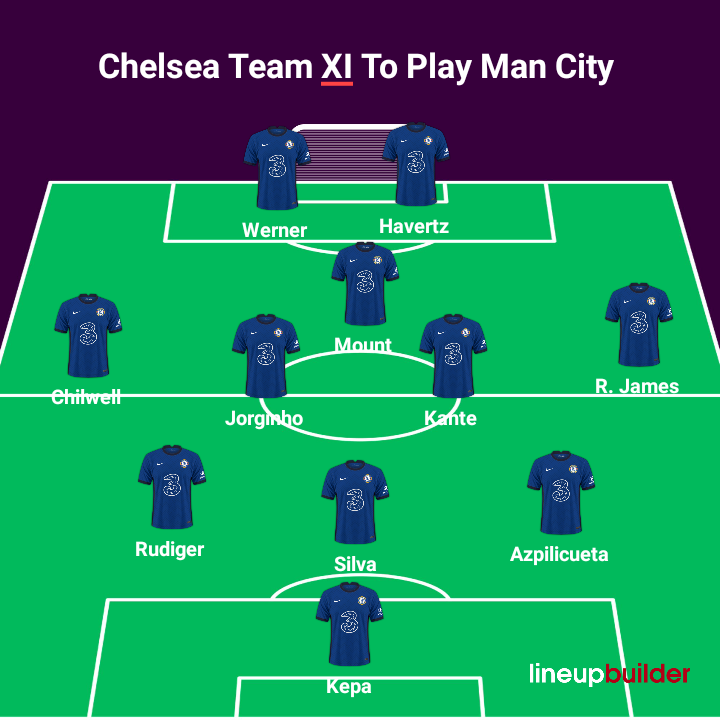 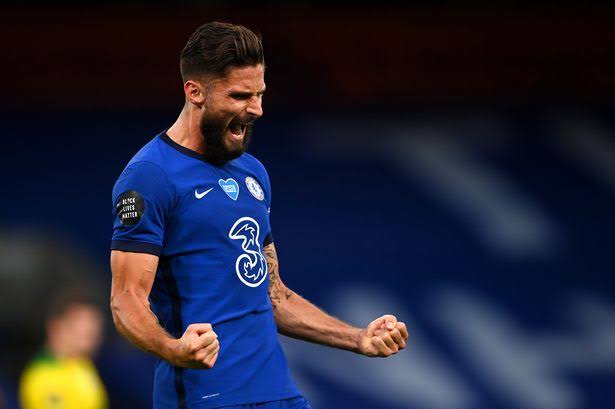 Chelsea have been in great form of late, dominating play and creating a lot of chances. They might decide to go for it against City with attacking wing backs, a target man and Chelsea's most lethal set-piece weapon, Kurt Zouma. 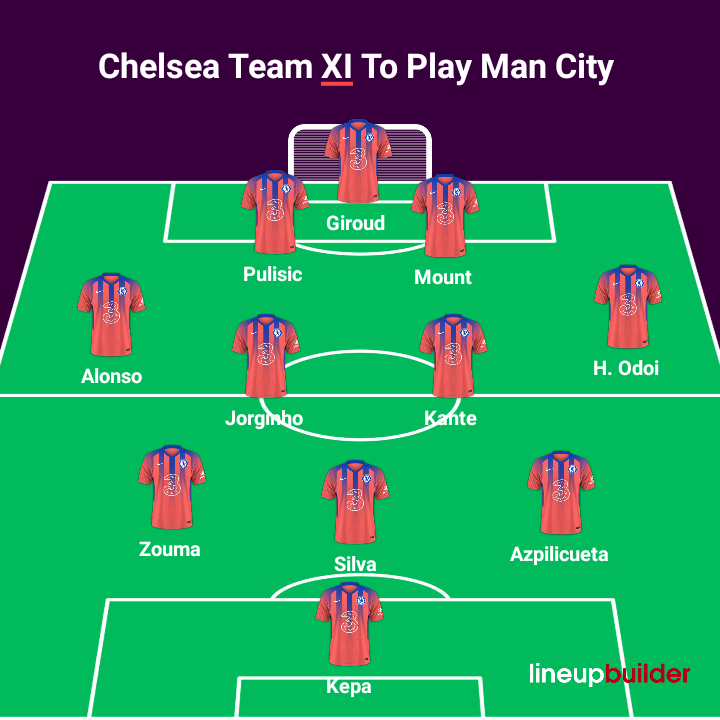 Man City sit eleven points clear at the top of the Premier League table for a reason and Tuchel will be cautious of that. 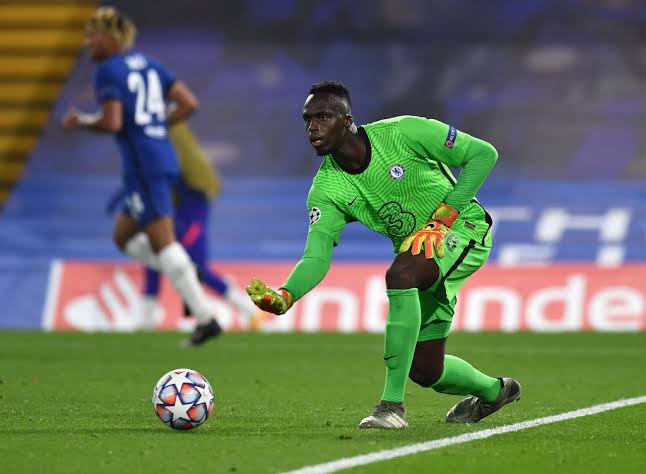 Kepa Arrizabalaga has been getting game time in the FA Cup but Tuchel might decide to trust in his best hands and start Mendy at Wembley instead of the Spaniard.

Toni Rudiger seems to have regained his form and is now one of the leaders of the team. He should start alongside Kai Havertz and Christian Pulisic who have been fantastic of late. 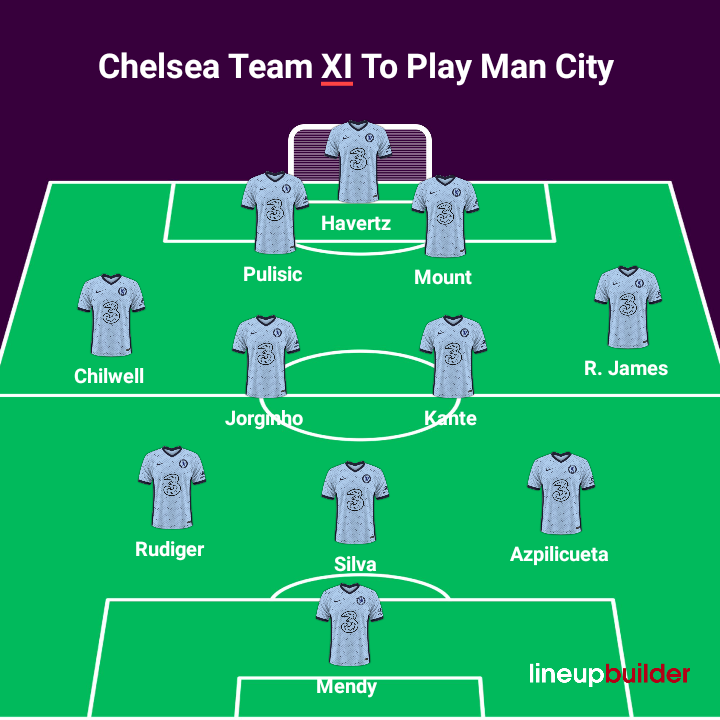 Chelsea take on Man City at Wembley on Saturday, 17 April with kickoff at 5:30 local time. 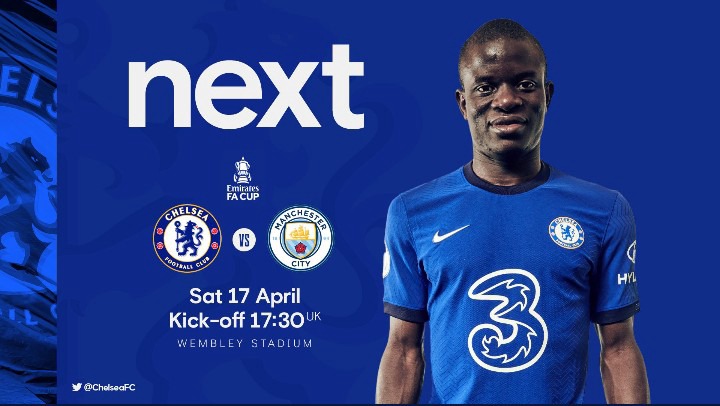