By Legend2krissOzi (self media writer) | 5 months ago 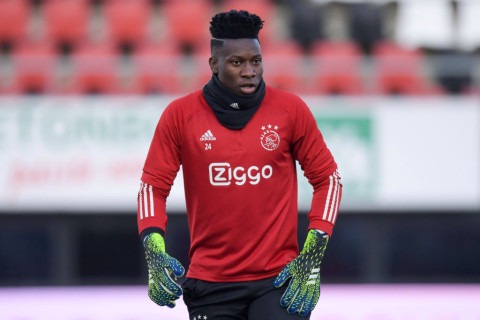 Mikel Arteta wants to add another goalkeeper to his team during the summer season, and Aaron Ramsdale of Sheffield United has emerged as his top target, with two bids submitted.

Both have been turned down by the Blades, which could lead to the Gunners looking for a new goalkeeper elsewhere, but Overmars has revealed that their quest has not yet taken them to Amsterdam.

Onana is likely to leave Ajax in one way or another this summer, and Overmars told Voetbal International that he isn't sure if a deal with Lyon will be reached, as there hasn't been contact in a week.

The 25-year-old Cameroon international hasn't played since January after testing positive for a banned substance in his wife's medicine, which he claims he mistakenly consumed.

The original 12 month ban was reduced to nine months, but the goalkeeper remains out of action.

Arsenal are likely to return with a third bid for Ramsdale, likely to be worth £18m, with add-ons increasing the fee of as much as £25m for the 23-year-old.