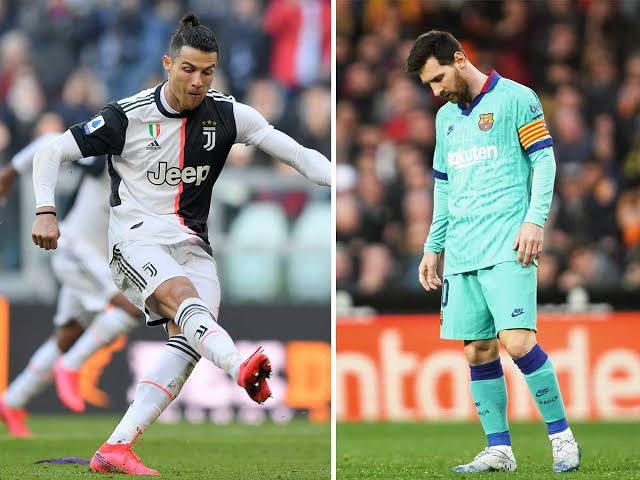 The rivalry between Messi and Ronaldo has been termed the greatest in football history. This is easily seen by the goal-scoring prowess by the duo and the remarkable accolades won by both players. For over a decade, only Modric was awarded the Ballon d'Or since they both started sharing it amongst themselves. With Messi winning 6 times and Ronaldo winning 5 times.

Messi and Ronaldo are among the 28 players that have scored over 500 career goals, with Ronaldo ranked 4th and Messi second. They have also won about 65 trophies between them. They have also regularly broken the 50- goal mark like it's nothing. The duo have each scored over 700 goals for club and country. Ronaldo has scored 99 goals for Portugal.

Many football pundits have argued that Messi is better because of his playmaking ability and the number of goals assists to his name. Others claim Ronaldo is better because he's a complete athlete and has the ability to score with both feet and with his head. He has also scored the freest kicks in football history.

However, this article tends to draw a comparison based on the philosophy of the generalities of truth.

The true greatest of all time amongst them must have been able to reproduce his performance in different places and competitions. You can't claim to be the best singer in the world when you only won singing competitions in your city and have never performed in other cities to prove you are the best. You need to prove you're in most part responsible for your success by going to reproduce that same stellar performance elsewhere. Messi has failed to prove himself beyond the Spanish La Liga, though he's been impressive in the Champions League, he's still bettered by Ronaldo in goals and assist. On the International scene, Messi has not been too superb for his National team Argentina in terms of winning trophies. This has drawn criticism from fans who claim he's not giving his all for Argentina like he does for Barcelona. They claiming the Legendary Diego Maradona is still their favorite National team player.

Ronaldo on the other hand has been seen as a national team hero as he's given Portugal trophies and has scored a whopping 99 goals for his country. He's also won the Euro cup which is the most difficult international cup to win asides the world cup. He also won the nations league for Portugal in it's maiden edition. Making Portugal the first team to win it.

At club level, Ronaldo has proven himself in the 3 biggest leagues in Europe. Only fools they say doubt proof. He's achieved tremendous success with 3 different clubs. Messi on the other hand has been really superb for Barcelona in the La liga only. Philosophically speaking, this isn't enough to prove Messi's supremacy over Ronaldo. Bringing his stellar performance in just one club as your argument for him being the greatest before Socrates and Aristotle would only gift you the ridicule of your life. Such an argument holds no water. Ronaldo moved to Juventus in a shocking transfer ahead of the 2018-19 season from an excellent spell in Real Madrid during which he won virtually every major domestic honour and 4 Champion League titles.

Remember he spent six years at Manchester United after moving from Sporting Lisbon, he proved himself as one of the world's greatest footballers with a maiden Ballon d'Or win in 2008 following the Red Devils' own European triumph against Chelsea with Ronaldo being the star player of the competition.

At both clubs, he banged in a good number of goals with reckless abandon, with 118 in 292 appearances for United and 450 in 438 games for Real Madrid. With his latest haul for Juventus, he has shown that his prowess remains impressively intact even as he approaches the twilight of his career. In the game with Lazio, Ronaldo scored 2 goals to become the fastest player to hit 50 goals in the Italian Seria A. He also became the 3rd player to reach 30 goals in the history of Serie A. Without any doubt, Ronaldo has proven to be an athlete that loves challenges. He's conquered every team and league he's been to. He's considered as the greatest in Manchester United, Real Madrid and now Juventus. He's also the greatest in his national team Portugal.

Messi is a very magical player but he needs to show his trick in new grounds. Especially now that it is most likely he would end this season trophyless, moving to another club for a new challenge is the best thing for his career if he ever wants to be in the same class as Ronaldo.