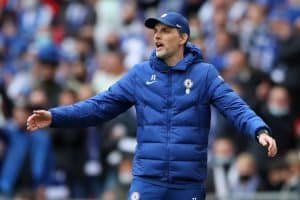 The Blues boss had wondered if he’d start the 28-year-old striker against Malmo or drop him to the bench. He finally played the summer signing against the Swedish side and Lukaku got injured after just 20 minutes.

Speaking after the game, Tuchel justified his decision and claimed that he doesn’t regret playing the striker despite his fears.

He said: “It was necessary that Romelu was on the pitch, he started very strong. I spoke with him about the situation, that I think he carries a bit of a mental fatigue around with him, and that I think it’s also normal, but he’s our number nine, he’s our reference up front and the best thing against mental fatigue is a goal and we knew that we could be the dominant team.

“We knew today we built a fast attack with Mason and Timo around him, and him as the reference point up front in the middle, and I had a strong belief that he could in a Champions League match turn things around in terms of scoring and being decisive, which he actually did because he was super strong in our start and he took the foul, so maybe without him it’s not 2-0.