A host of clubs including Manchester United, Real Madrid, Inter Milan and Juventus are all monitoring the situation of Roma winger Nicolo Zaniolo according to SempreInter.

The 21-year-old has recently received criticism from his manager, Paulo Fonseca for his 'attitude', after the Serie A game against Hellas Verona.

The former Inter Milan man, considered to be one of the brightest talents in the Serie A, reportedly wants to leave the club. The report suggests that Roma are looking at a fee in the region of €50 million. 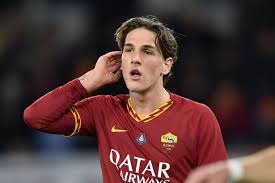 Nicolo Zaniolo made a great start to the season

Roma winger Nicolo Zaniolo is still looking to recover from the knee injury he suffered back in January. The Italian was one of Roma's best players earlier in the season scoring seven goals and proving three assists in just 20 starts for the club in the League and Europa League.

Paulo Fonseca has been easing the playier back into the side against the likes of Brescia and Hellas Verona. There was a bit of controversy in the game against Verona when Zaniolo was seen being shouted at by Gianluca Mancini which Fonseca alluded to in his post-match press conference.

It is to be taken into account that these rumours of Zaniolo wanting to leave the club are after the last game against Verona. The Italian had arrived at Roma as a part of the transfer which took Radja Nainggolan to Inter back in 2018. 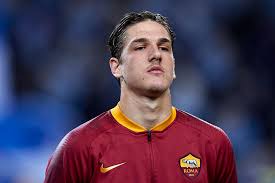 Zaniolo can be a perfect pick for Manchester United

Manchester United manager Ole Gunnar Solskjær has hinted that he is in the market for a forward, and Zaniolo could be a perfect signing for Manchester United as the Italy international can play a number of positions across the front-four. The Premier League giants have also been linked to a move for Jadon Sancho of Borussia Dortmund.

Zaniolo is one of Manchester United's long term targets, with United reportedly scouting the forward before as well. Manchester United defender Chris Smalling has been playing on loan at Roma, with the Italian giants looking to make the deal a permanent one.

If a deal is to be agreed with the former Virtus Entella man, Manchester United might have the upper hand with Smalling being one of Roma's primary targets.