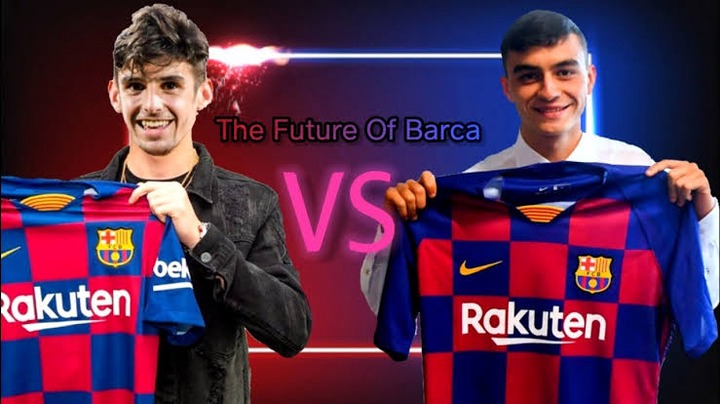 Although Lionel Messi went on to be a much more productive and better player for Barcelona, it’s still a shame that Ronaldinho’s form and career tailed off too soon.

Barcelona were always a joy to watch with the Brazilian in the side because he would produce something ridiculous and even unorthodox as times, whereas Messi is almost too ruthlessly brilliant.

Pedri was signed by Barcelona last summer and spent the season on loan at Las Palmas, and there are shades of Ronaldinho when you watch him play.

He’s capable of doing the unexpected and has the ability to unlock a packed defence, so it will be interesting to see if he can break into the Barcelona team in the next few years.

Another loan spell does look like the most likely option for him next year, and a report from Mundo Deportivo has suggested that Borussia Monchengladbach are looking to find a way of signing him.

They claim that the Sporting Director of the German side is a big fan and he’s admitted their interest in signing him, although he didn’t go into any details about the actual move at this point.

If he played regularly then it could be a perfect move as it will give him a chance to gain experience at an even higher level.

He’s not finished playing for Las Palmas this season yet so some of the talk may be premature, but it will be interesting to see where he goes next season. 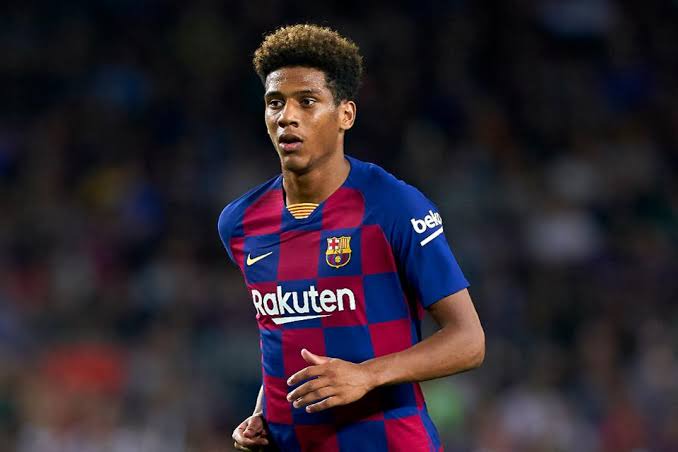 Jean-Clair Todibo has revealed Manchester United never explained to him why they snubbed him before he signed for Toulouse.

The 20-year-old would be snapped up by Barcelona on a free transfer in January 2019, but has repeatedly been linked with a move to United since making the switch to Spain.

United were credited with an interest in Todibo before he joined Schalke on loan and the centre-back explained he had a trial with the Premier League club as a teenager.

‘It was crazy, I went from Les Lilas to United,’ Todibo told Onze Mondial.

‘It was a dream that was coming true when I hadn’t done anything, really. It was just a trial. Everything went well, but I wasn’t taken.

‘I don’t know why my trial didn’t lead to anything. I still haven’t received an explanation to this day.’

Todibo was loaned out in January so he could play regularly, but missed the end of Schalke’s rescheduled season due to injury.

The Frenchman was behind the likes of Gerard Pique in the centre-back pecking order at Barcelona and was disappointed with the limited opportunities at Barcelona.

‘For me, this season, I deserved more playing time,’ he said.

‘The first six months, when I arrived, I did not mind not playing because in training, I saw that I didn’t have the level yet.

‘But this year, I would have deserved to play more. But I didn’t make a big deal out of it because it was the choice of the coach and I understand.

‘If I’m a coach, I prefer to put Pique to Todibo. He has a real track record, he’s a great player. But I think I could have played certain matches.’

Todibo is still a Barcelona player and could yet return to prove himself under new Barcelona coach Quique Setien.

Sven has done it again': Some Arsenal fans react to transfer rumour about £18m player 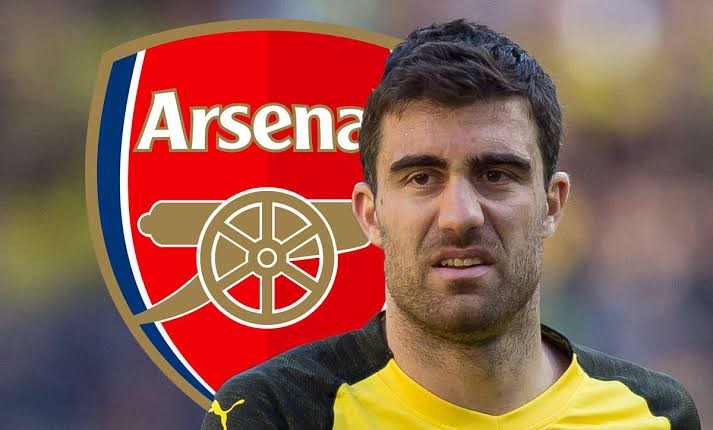 Some Arsenal fans on Twitter are more than happy for their former figure Sven Mislintat to re-sign Sokratis Papastathopoulos.

According to The Independent, Mislintat, who left his role as Arsenal’s head of recruitment 18 months ago, wants to bring the Greece international to Stuttgart.

Sokratis joined the Gunners in the first summer that Arsene Wenger left the club.

But fast forward two years and the former Borussia Dortmund stalwart – signed by Mislintat then, too – hasn’t really proven to be worth the £18 million that was spent on him.

He does not appear to have much future under Mikel Arteta and might be pushed further down the pecking order next season when William Saliba arrives.

Arteta intimadted that money could be tight at Arsenal this summer, meaning that he might need player sales before he can bring anybody in.

And if the North Londoners can pick up any eight-figure amount for Sokratis, even at a loss, then that wouldn’t be bad in this climate.