Manchester United have not won any of their last two matches and the pressure is really piling on Ole Gunnar Solskjaer who is the coach of the team.

Many fans are are of the opinion that the club should sack the Norwegian and hire Antonio Conte who has been consistently linked with a move to the club. But which lineup will the Italian use of he is hire? In my opinion, here is the unstoppable lineup Antonio Conte could unleash at Manchester United, if he is hired. 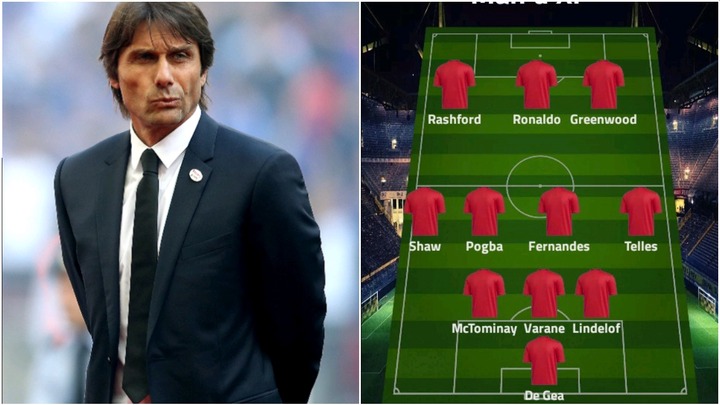 The former Chelsea boss is known for using the 3-4-3 formation to execute most of his matches and there is no doubt that he could also try that at Manchester United. The formation has been very effective for him and it could stop Manchester United from conceding many goals.

Using the 3-4-3 formation means that he will only use three defenders, but the three defenders will be central defenders. Raphael Varane seem to be an automatic starter for the club and that might not change, while David De Gea might also retain his place if Antonio Conte is hired.

The recent performance of Harry Maguire means that he could see himself on the bench if Antonio Conte is hired. So Victor Lindelof could be the one to partner Raphael Varane while Scott McTominay could also drop to one of the central defense positions. 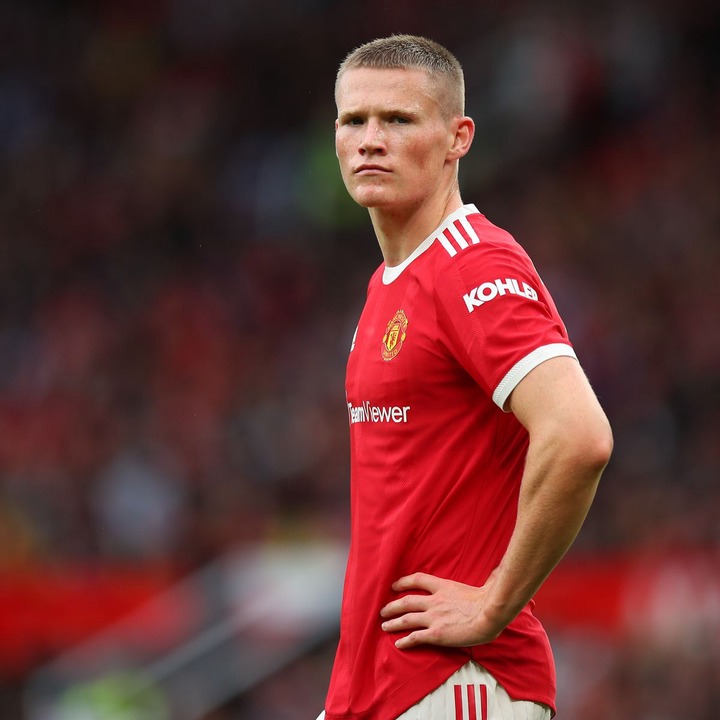 The inability of Aaron Wan-Bissaka to be effective in attack could make the coach to switch Alex Telles to the right full-back position while Luke Shaw could continue to play as the left full-back for the team.

Bruno Fernandes and Paul Pogba are the two best midfielders at Manchester United at the moment, so they could be the ones to occupy the central midfield position. 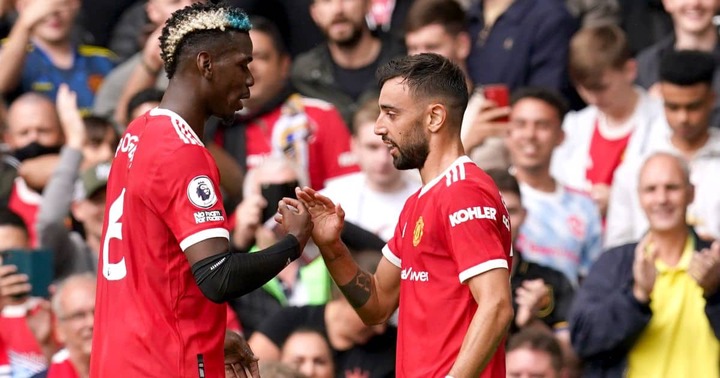 Jadon Sancho could be dropped by the coach because he has not been performing well, this means that Marcus Rashford could be the one to partner Cristiano Ronaldo on the attack alongside Mason Greenwood. 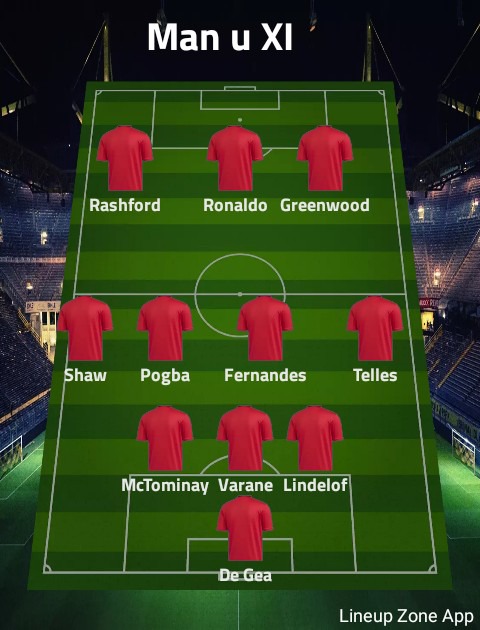 Meanwhile, should the 3-4-3 formation be used at Manchester United if Antonio Conte becomes the new coach of the team? Share your thoughts with us, thanks.