Football has the potential to be one of the most watched sports in the world. Many football players and managers have achieved celebrity as a result of their experience and techniques on the field. Many football fans are always curious and inquisitive about their clubs' success. There are a few football managers who have achieved fame in various clubs over the course of their careers. 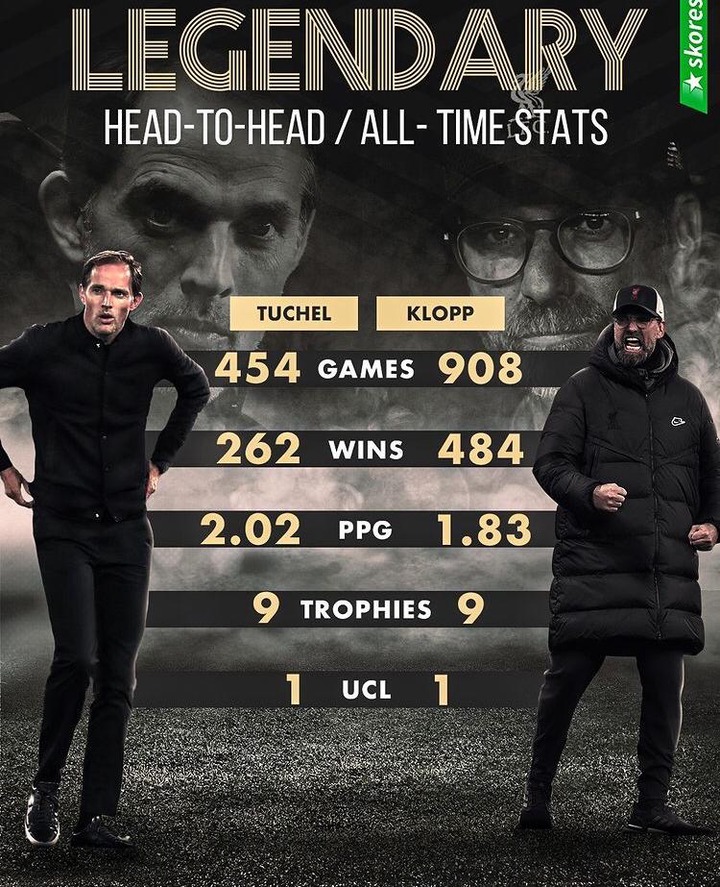 In this article, we will compare the head-to-head and all-time statistics of two Premier League managers, Thomas Tuchel and Jurgen Klopp.

Chelsea's current coach is Thomas Tuchel, a German professional football manager. He was a professional player before retiring at the age of 25 due to a chronic knee cartilage injury. He has managed a number of clubs. He was the manager of FC Augusberg II from 2007 to 2008. From 2009 to 2014, he was also the manager of Mainz 05. Tuchel was the coach of Borussia Dortmund from 2015 to 2017. He was the manager of the Paris Saint-Germain football club from 2018 to 2020. He is widely regarded as one of the world's best managers. Tuchel has coached 454 games in his career as a manager of five clubs. He has won 262 games and has a Points Per Game record of 2.02. (PPG). He has won nine trophies, including one in the UEFA Champions League.

Jurgen Klopp is the current manager of the Liverpool football club and a German professional football manager. He is widely regarded as one of the world's best managers. He was a fantastic football player before embarking on his coaching career. So far in his career, Klopp has managed three football clubs. From 2001 to 2008, he was the manager of Mainz 05. He was the manager of Borussia Dortmund from 2008 to 2015. Since 2015, he has served as the manager of Liverpool Football Club. He has played in 908 games and won 484 of them. He has a PPG of 1.83 and has won 9 trophies, including one from the UCL.