Over the years, we have seen some talented African players performing at the highest level in some of the biggest clubs in Europe. Many of them went as far as getting legendary status at their various club because of how good they were. One of these players is former Ivory Coast international striker, Didier Drogba. 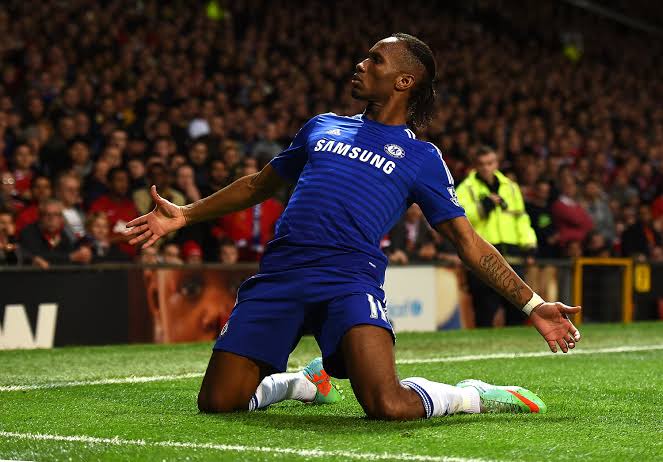 The ex-Chelsea striker was one of the top performers at the club during his time in England. He was signed from Ligue 1 side, Marseille in 2004 for a transfer fee of €38.50 million. He spent 9 awesome years at Chelsea, winning a good number of trophies for the club.

After scoring a total of 164 goals for the club, he left to join Chinese club, Shenhua in 2012. For the trophies he helped Chelsea win over the years, he was regarded as one of Chelsea's legend. One should note that a player must have done something spectacular which won the heart of the fans before he is being referred to as a legend. 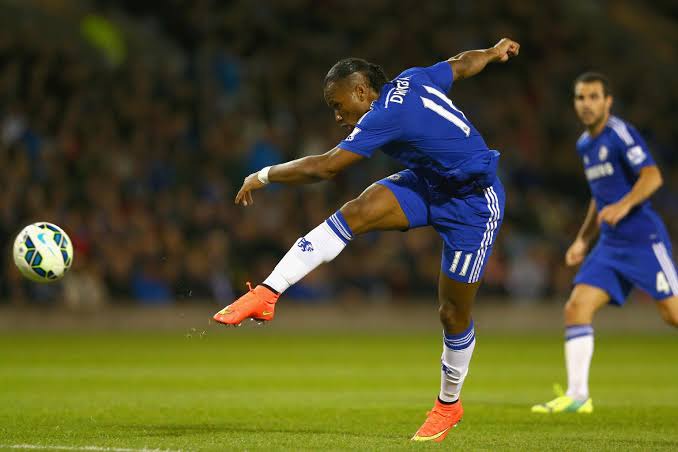 Drogba scored some crucial goals for Chelsea that earned him that status, but let's look at one of the matches that contributed to his legendary status at the club.

THE UEFA CHAMPIONS LEAGUE FINAL MATCH AGAINST BAYERN MUNICH IN 2012. 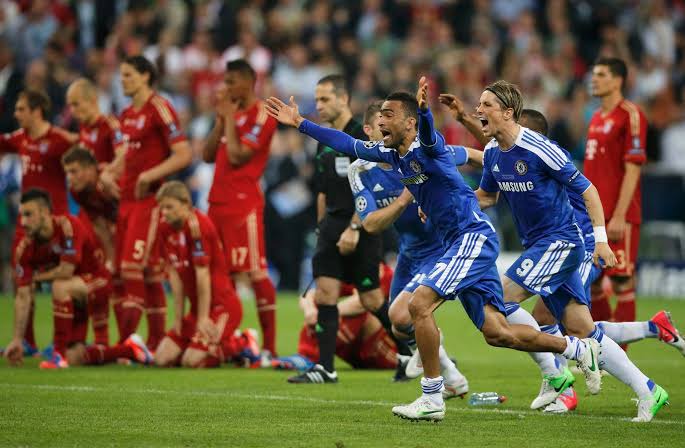 According to some fans, the 2011-12 season is being considered as one of the best season for Chelsea because they won the Champions League and the FA Cup despite finishing in 6th place in the Premier League. The Champions League final was not an easy for the blues.

In that match, the blues were outplayed by a quality Bayern Munich team. Players like Thomas Müller tormented the Chelsea defence all through the game, but they were able to a stand firm not until the 83rd minute where Thomas Müller headed from close range to give Bayern the lead. 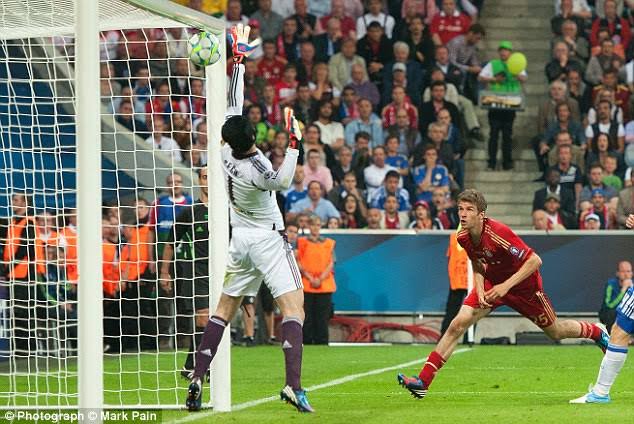 It was as if all hope was lost for the blues, not until Didier Drogba showed a moment of brilliance at the nick of time. The Ivory Coast man equalised for the blues in the 88th minute after he headed a corner kick. 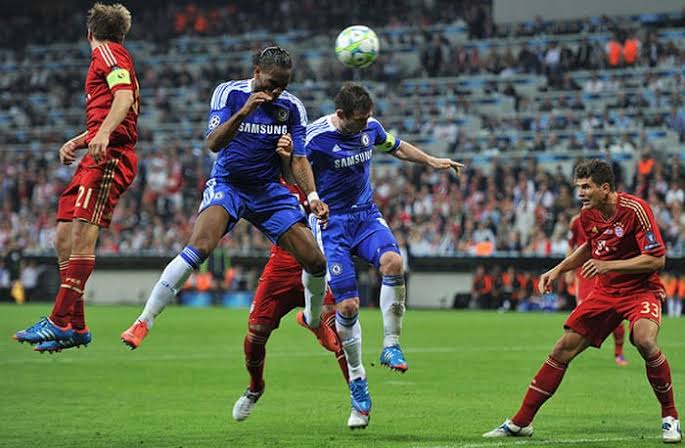 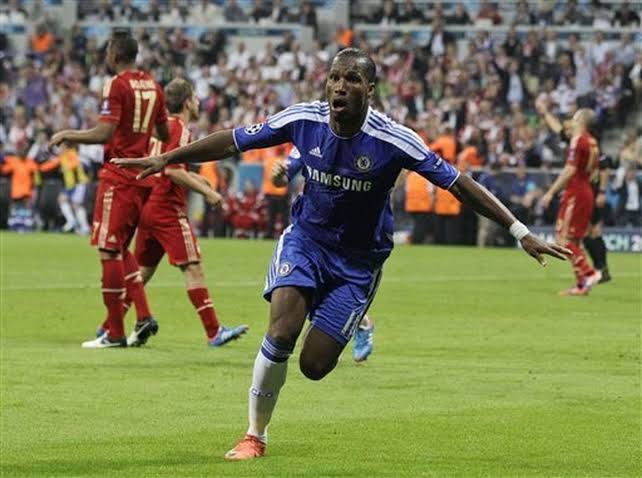 Bayern went close to getting a winner, but Peter Cech saved Arjen Robben's penalty, and the game entered a penalty shoot out. After Schweinsteiger missed his spot kick, Didier Drogba converted the last penalty of the game, thus helping Chelsea win the trophy. Drogba performances in this game will forever remain in the hearts of Chelsea fans, and it is one of the matches which earned him his legendary status at Chelsea.