The upcoming Christmas Day episode of SmackDown was pretaped in the WWE ThunderDome, and spoilers from the full episode have been reported by Inside the Ropes. 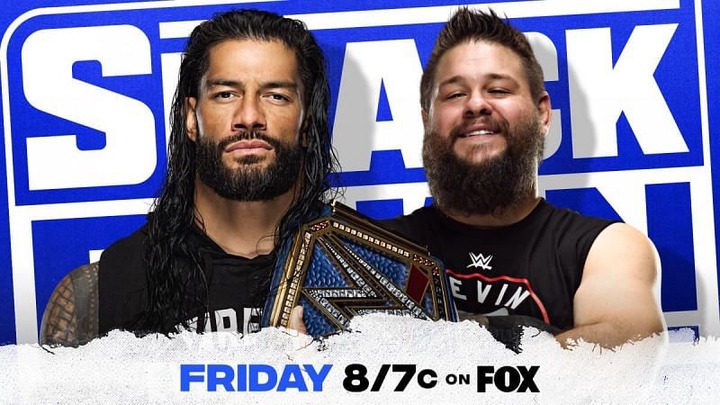 There were three huge championship matches set for the special festive edition of SmackDown.

The newly-crowned WWE Women's Tag Team Champions Asuka and Charlotte Flair put their titles on the line against mystery partners, a rematch between Roman Reigns and Kevin Owens for the WWE Universal Championship took place, and Sami Zayn and Big E faced off over the Intercontinental Championship.

The first title match taped was the WWE Universal Championship match, which was won by Roman Reigns as he escaped the cage after Jey Uso handcuffed Kevin Owens to the steel structure.

Next up was the WWE Women's Tag Team Championship match. The teams unveiled for the match were Bayley and Carmella, and Sasha Banks, and Bianca Belair, who recently teamed up at Tribute for the Troops.

Charlotte and Asuka managed to successfully retain the titles in their first defense since winning at TLC on Sunday. Following this, Jey Uso and Daniel Bryan squared off, with former WWE Champion Bryan winning via pinfall.

The main event of the night was the highly-anticipated Lumberjack match between Big E and Sami Zayn. The taping ended with a huge title change, as Big E became the new WWE Intercontinental Champion after defeating Zayn via pinfall.