By owolonation (self meida writer) | 28 days

UEFA Champions League official website Reacts to Chelsea Phenomenal performance against City, who were hoping for a quadruple this season. 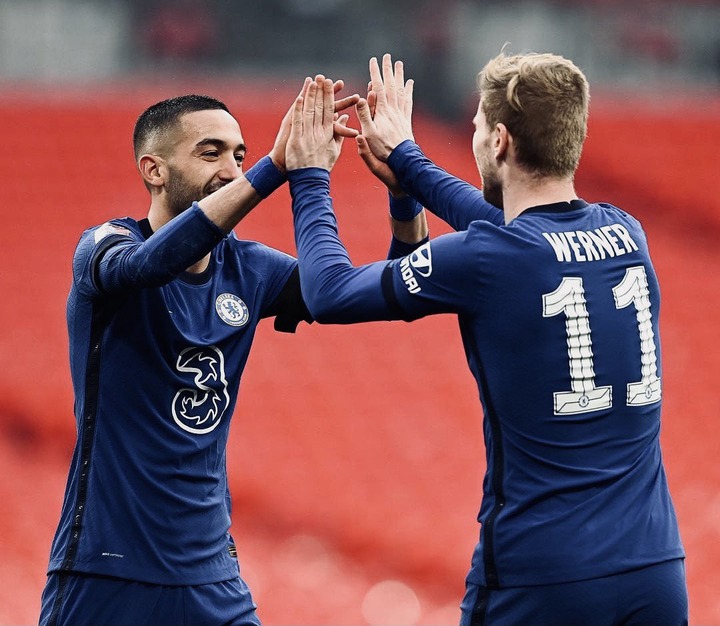 Thomas Tuchel's boys did the necessities by adding Pep Guardiola's men among the Top Teams Chelsea have played against this season, winning them all without conceding a goal.

The Blues prevented some elite Players from Scoring them by any means, they covered spaces, everybody played for each other, covering up for any player's mistake as Hakim Ziyech scored the only goal of the game. 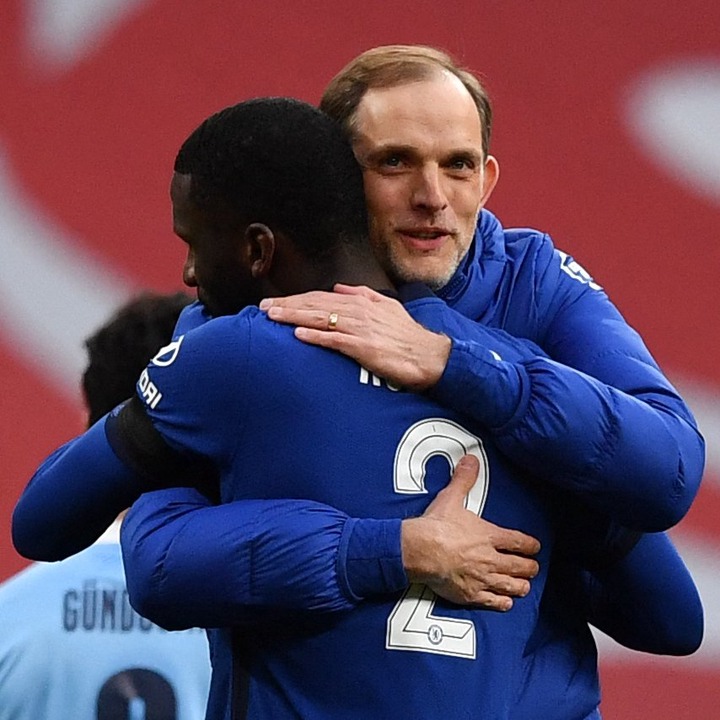 Tuchel since his arrival to the Chelsea Football Club has been the best thing that happened to the Blues, just 81 days in Charge he has 14 Clean Sheets in 19 games, which automatically means since his arrival no other team has a clean sheet more than Chelsea under Tuchel.

Under Tuchel, Chelsea Turned to a mystic force, to a fortress as the likes of Suarez, Salah, Firmino. Mane, Jao Felix, Bruno Fernandes the Penalty Merchant, and Manchester City attackers failed to score against the Blues and the Blues won against 99% of the Top Teams game, without losing any game and just a draw which was against Manchester united. 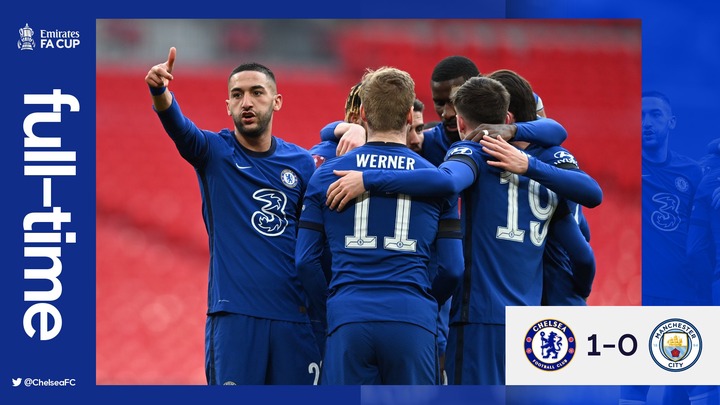 The Blues who recently massacred Fc Porto back to their Portuguese league, advancing to the Semi-Finals of the UEFA Champions League, are now in the Fa Cup final awaiting a team between The Foxes and the saints to Join them, as Chelsea will be looking to win their first trophy since Sarri won The UEL Trophy. UCL's Official Twitter page reacted to Hakim Ziyech's goal and Chelsea's defense with another Clean Sheet and Progressing to the Final Stages. 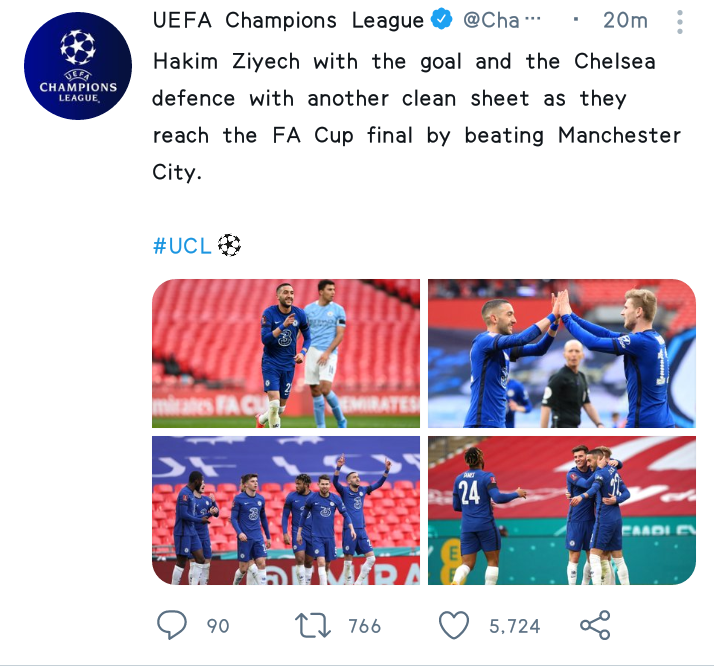 Your thoughts on The Final of The Fa Cup, Can Chelsea Bring This Trophy Home?

Photos: See Analysis That Shows How Liverpool Will Qualify For Champions League