Update: Barca, Real Madrid And Juventus Have Been Left Out Of The UEFA Champions League TV Intro

By Yobonews (self media writer) | 1 year ago

Following the European Super League saga, UEFA has ruled out the three clubs that are still persistent in the decision. Barcelona, Real Madrid And Juventus have been left out of the TV introduction of the new Champions League season. 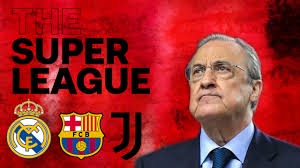 Recall that 12 teams originally announced in April that they would be breaking away from UEFA to form the new midweek competition. The decision sparkled a lot of criticisms and protests from the fans. 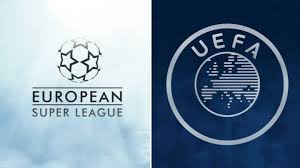 The proposed competition quickly disrupted as the ‘Big Six’ of the Premier League pulled out within 48 hours after realizing that fans are the pillar of football. The English sides were quickly followed by Inter Milan, AC Milan and Atletico Madrid, remaining only the three clubs. According to Mirror football, they could not participate in this season's Champions League if quick action is not taken. 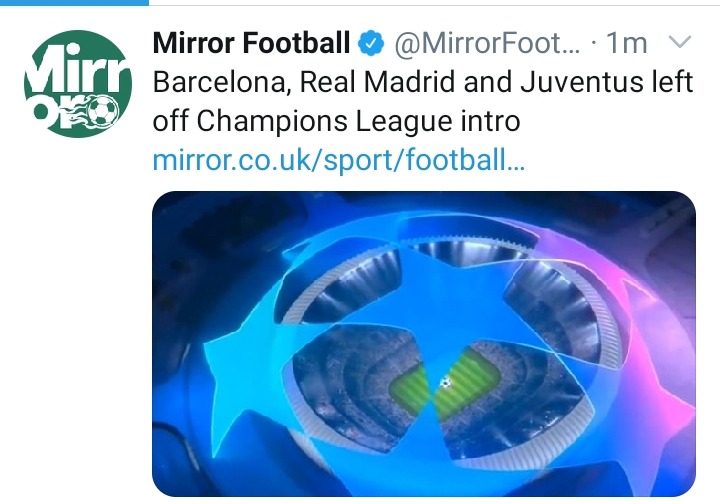 In my own opinion, I believe that the three clubs are the ingredients to the competition and not having them would definitely be a huge blow to the sports. Quick action can be taken to resolve the issue rather than ruling them off.

What do you have to tell about that? Say your thought in the comment section.