Check Out The Chelsea Best 11 Players Of The Last Decade 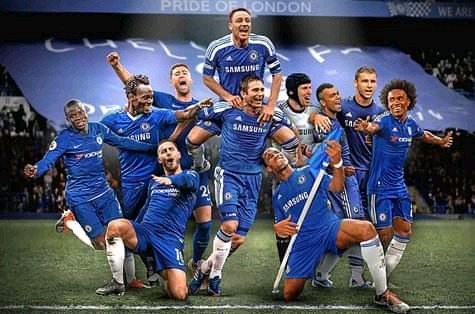 John Terry spend over 15 years at Chelsea before leaving the club in 2017. He is one of Chelsea's best 11 players of the last decade. Terry won many trophies with Chelsea.

Cahill played for Chelsea between 2012 and 2019. The English defender spent 7 years at Chelsea before leaving the club in 2019. Gary Cahill is one of Chelsea's best players of the last decade.

Ivanovic was superb during his time at Chelsea. He is part of the Chelsea team that won the UEFA Champions League in 2012. He is one of the players who will never be forgotten by the Chelsea football club and their fans.

Ashley Cole is Chelsea's all-time best right back. He won many trophies with the London club. Cole is considered one of the Chelsea legends.

Fabregas spend 5 years at Chelsea. He was a monster in the Chelsea midfield during his time at the club.

Lampard is considered the best Chelsea midfielder of all time. He is Chelsea's all-time highest goalscorer. Although, Lampard left Chelsea in 2014. However, he is still among Chelsea's best players of the last decade.

Hazard won many trophies at Chelsea, except the UEFA Champions League. He scored over 100 goals for the English club. Eden Hazard is also one of the Chelsea best players of the last 10 years.

Costa is another elite striker that played for Chelsea after Didier Drogba. He scored over 50 goals for Chelsea before leaving the club. The Spanish striker is one of Chelsea's best players of the last ten years.

Drogba is Chelsea's greatest striker of all time. He is arguably one of the best players that have played for the Chelsea football club. The Ivorian legend scored numerous goals and won many for the English club.