Once upon a time, Nigeria was the fifth best football team in the world

ONCE UPON A TIME, NIGERIA WAS THE FIFTH BEST FOOTBALL TEAM IN THE WORLD 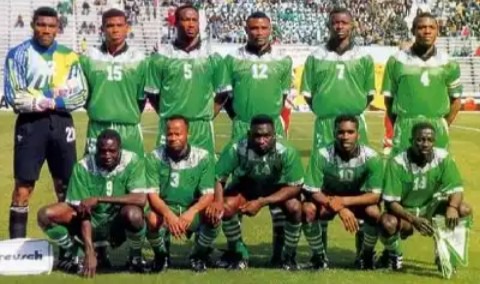 Yes there was a time that the Super Eagles were amongst the best in the world.

On APRIL 1994, few months after winning the country's second African Cup of Nations title in Tunisia, the Super Eagles were ranked THE FIFTH best footballing nation in the world by FIFA.

That year was a great one for Nigerian football. At that period, we had a group of players who were at their prime almost simultaneously. Some were first team players in their clubs in Europe. The team made up of Peter Rufai, Alloysius Agu, the inspiring captain, Stephen Keshi, Uche Okechukwu, Sunday Oliseh, Mutiu 'the Headmaster' Adepoju, Samson Siasia, Austin 'Jay Jay' Okocha, Daniel 'The Bull' Amokachi, Emmanuel Amuneke, George Finidi, Nigerian highest goal scorer, Rashidi Yekini, Victor Ikpeba, Austin Eguaveon, Been Iroha, et al, was the best Nigerian players ever assembled. When they were in form, the world watched them in awe because their style of play was breathtaking. That team was Nigeria's golden generation. 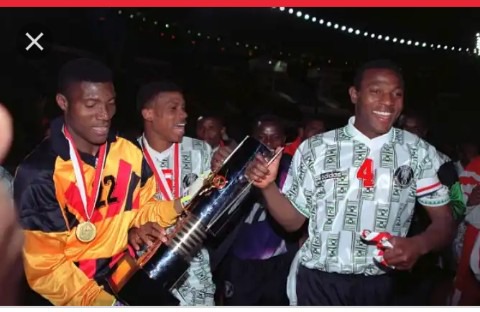 The team coached by the inspiring Dutchman, Clemens Westehof, qualified for the world cup in USA in 1994. That was Nigeria's first appearance at the mundial. And in the group stage, Nigeria were paired against Diego Maradona's Argentina, Greece and Hristo Stoichkov's Bulgeria. In the group stages, the Super Eagles beat Bulgeria 3-0, lost 1-2 to Argentina and finished off the Greeks 2-0. In all their matches including their round of 16 lost to Italy at extra time, the team showed confidence, stability, determination, and a desire to win. Those qualities were the hallmark of the team. 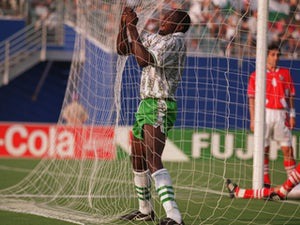 Without equivocation, the team was able to achieve what it achieved that year because it had stability on and off the pitch, and they were leaders like Stephen Keshi in the team. 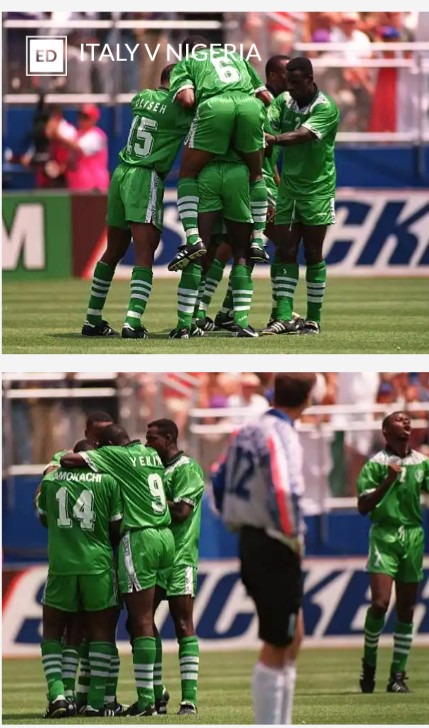 That year was Nigeria's golden year! And no team in Africa has achieved what the Super Eagles achieved that year. The Super Eagles won the African Cup of Nations, and was ranked fifth by FIFA ( the highest position by an African team on football ranking), qualified for the round of 16 at the world cup, and a Nigerian player (Emmanuel Amuneke) won the African Footballer of the Year gong. Certainly, it is a record which may never be surpassed. And it was a year that Nigeria tasted greatness.