By BillyScoreit (self media writer) | 2 months ago

Thomas Tuchel and Jurgen Klopp are arguably some of the best managers in football. They have been impressive managing the biggest clubs in the English Premier League. 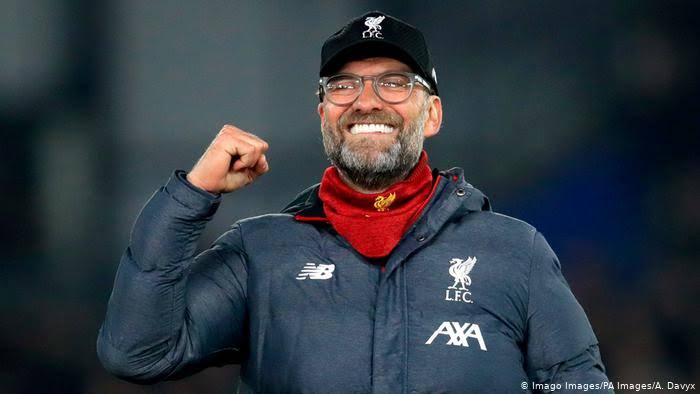 Jurgen Klopp in particular has recorded very impressive stats managing Liverpool over the years. He helped Liverpool win the Premier League and the Champions League in a season. 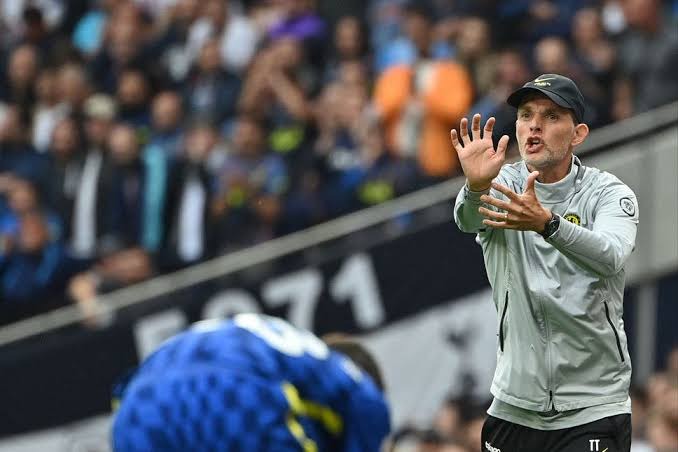 On the other hand, Thomas Tuchel is arguably a fast-rising star. Despite having a little experience, he has changed Chelsea into an inevitable form. Under his management, Chelsea won the Champions League and the Super Cup trophy last season.

Looking at the bigger picture, both English Managers have truly proved themselves to be capable of achieving any objectives they set. But the big question here is, who among these two managers is the best?

To answer the question, below we will be looking at their head-to-head all-time stats showing their overall career achievements.

Beginning with the Liverpool manager, Jurgen Klopp has a total of 908 career games. In these career games, he has won 484 with 9 trophies to his name. He has won 1 UEFA Champions League trophy which he attained with Liverpool.

However, Thomas Tuchel has played a total game of 454 and 262. He lifted 9 trophies including the UEFA Champions League trophy he won last season. 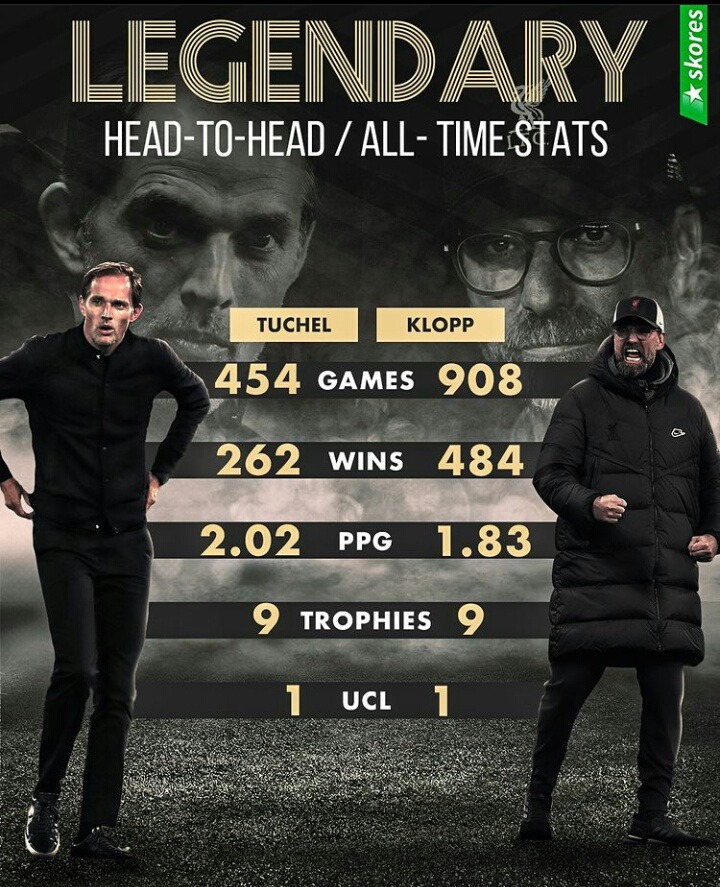 With the mere fact, Klopp has played and won the most games than Tuchel but their trophies are exact. They both have 9 trophies and a single UCL trophy.

Klopp is arguably a prominent manager who has managed several big European clubs in football but hasn't been able to win a lot of trophies.

While Tuchel seems promising especially with the current form of the team his managing. With the look of things, he might be able to win the Premier League title and the Champions League trophy this season. What do you think? Drop your comments below.

Content created and supplied by: BillyScoreit (via Opera News )