By RealestBlue (self media writer) | 10 months ago 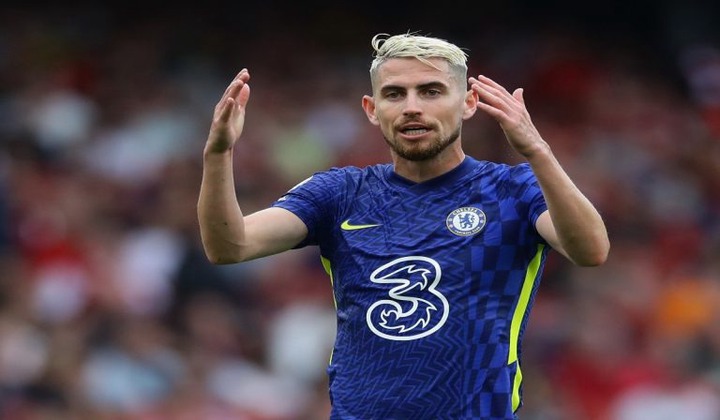 Chelsea midfielder Jorginho was crowned UEFA’s Player of the Year after enjoying a superb season with the Blues and the Italian national team.

He won the Champions League with Chelsea and also the European Championship with Italy. Jorginho has revealed he was motivated to embarrass critics who called him ‘Sarri’s son’ when he struggled after joining Chelsea.

In an article for The Players' Tribune, Jorginho stated, "My start at Chelsea made me miss it [Napoli] even more." “Do we all recall what they were saying? I was moving too slowly. I was far too frail. Sarri's son I was. It enraged me to no end.

“But, listen, they misjudged me. I've had a rocky start in every club I've ever been a part of. Each and every club. It's fantastic.

“When I arrived in Verona, no one was interested in me. They assigned me to the fourth division on loan. Nobody else wanted me to be there. But I persisted in my efforts, and I gained respect. I returned to Verona, and we were promoted to Serie A.

“I had a difficult year at Napoli, too, until Sarri arrived and completely transformed everything.

“How's it going with Chelsea? Puh! I just used the criticism as a source of motivation. ‘These folks are going to be humiliated,' I thought.

“And now I'm sitting here with two titles: the Europa League and the Champions League. So, to all the naysayers, I'd want to say one thing. Thank you very much. Thank you everyone so much.”