Following Cristiano Ronaldo's half-time intervention against Atalanta, Manchester United players have reportedly requested him to take on a new role in the Old Trafford dressing room. 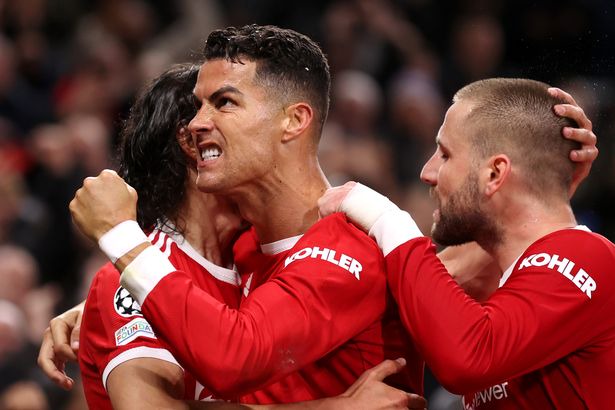 With United 2-0 down at halftime and players arguing among themselves, the attacker disrupted Ole Gunnar Solskjaer's halftime team talk.

According to The Sun, the Norwegian was attempting to settle the tension before Ronaldo stepped in and gave United players the hairdryer treatment.

The attacker is said to have addressed his United teammates, "Are you not ashamed?" after criticizing their first-half performance.

Whatever Ronaldo said seemed to work as United staged a stunning comeback with the striker hitting a game-winning goal.

Following Ronaldo's actions, Manchester United players are said to have asked their teammate to take on a "bigger role" in the dressing room in order to bridge the gap between the players and the coaching staff.

During the break against Atalanta, Bruno Fernandes also spoke up, demanding that the Old Trafford manager change his tactics.

Fernandes started as the number 10 in a 4-2-3-1 configuration, but he asked if he could play deeper to receive more touches on the ball.

Marcus Rashford, a former Sporting Lisbon player, helped United get back into the game.

However, some of the players are still questioning Solskjaer's methods, which has been a recurring theme this season.

"The message is not obvious," a source told The Sun.

"There's a lot of misunderstanding in the team, and the players don't know what the tactics are."

There is no team; there are only individuals, and the defense has major issues."

Is Cristiano Ronaldo wielding too much power in the Manchester United locker room? Please leave a comment below.