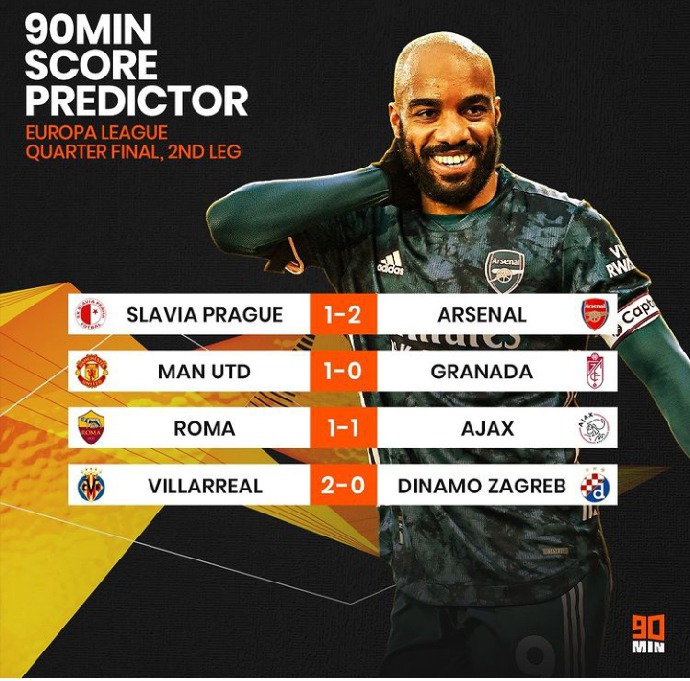 Arsenal would be travelling away from england to play against Slavia Prague. It is a game that they need to win. Should the slavai Prague play goalless draw against Arsenal tonight, Arsenal would be eliminated from the UEFA Europa league final. Mikel Arteta knows how important to secure a win in today's match. Arsenal have the squad depth and strength to qualify ahead of Slavia Prague.

Manchester united were victorious at spain in their last Europa league encounter with Granada. They have been predicted to beat beat Granada at old trafford and qualify for the Semi-finals. Roma stunned Ajax in their first leg, ajax would make it very tough for roma in italy. The match could end in a draw and Roma would qualify for the next round.

Villareal cruise to victory in their first leg against Dinamo Zagreb. They have been predicted to secure another victory over their opponent in spain tonight. Which clubs will qualify for Europa league Semi-finals? Drop your comments below.