By MrReporter (self meida writer) | 1 months 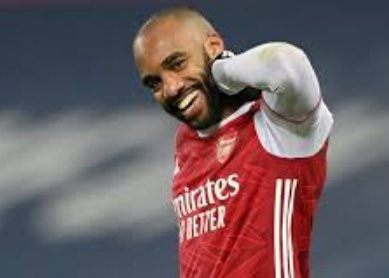 Former Lyon player, Alexandre Lacazette has made his decision about his future at Arsenal. Although, he is set to depart Arsenal this summer with the club management happy to let him go if it happens that right offers come.

You will recall that last season the Arsenal striker was on the verge to move away from the clubs as Roma and Atletico Madrid were desperate to signing him.

However, the Arsenal striker Lacazette may have not followed in Thierry Henry's goalscoring footsteps but since his arrival at the club he has been positive in his play, he has really made a good impact at the club. He's unstoppable.

You will also recall that when Arteta was asked in January about Lacazette transfer he made this comments which goes thus: "We will talk in the summer and make a decision on what is going to happen".

He added, "We haven't talked about anything relating to his contract. I'm delighted with the way he is performing, the goals he is scoring and the form and energy he is in at the moment. He needs to keep doing that."

Is Lacazette doing his best at Arsenal, or Arsenal should let him go and look for better clubs to go?

Harry Kane's career at a crossroads

Opinion: 2 mistakes Tuchel made Vs Brighton that could cost Chelsea against Real Madrid.

What A Disappointing Game, We Were Lucky We Didn't Lose, Chelsea Fans Spark Reactions After The Game