After a very dominant 5-0 win over Shakhtar Donetsk on Tuesday in the UEFA Champions League, Real Madrid now turn their attention to the El Clasico game against Barcelona at Camp Nou today. The two Spanish giants are both fighting for some consistency in the league. A win for either of the two teams means more than just three points, with the honour in the biggest rivalry in world football at stake.

Even with Lionel Messi and Sergio Ramos leaving in the summer. The El Clasico still carries weight and will be watched by millions worldwide regardless of the quality of players that'd featuring in it

Below is how Carlo Ancelotti may probable set up his team for the clash.

Thibaut Courtois is Real Madrid first choice and will keep his place between the sticks.

With Dani Carvajal out injured, Lucas Vazquez could again cover at the rightback position.

In the center, Eder Militao and next to him will be the defensive leader in David Alaba who will making his first appearance in El Clasico.

On the left, Ferland Mendy will make his first La Liga start of the season

Ancelotti could pick the front three that started against Shakhtar Donetsk after they all impressed against the Ukrainian club. Rodrygo Goes should keep his place on the right wing with Benzema starting as the centre forward and Vinicius Jr on the left wing 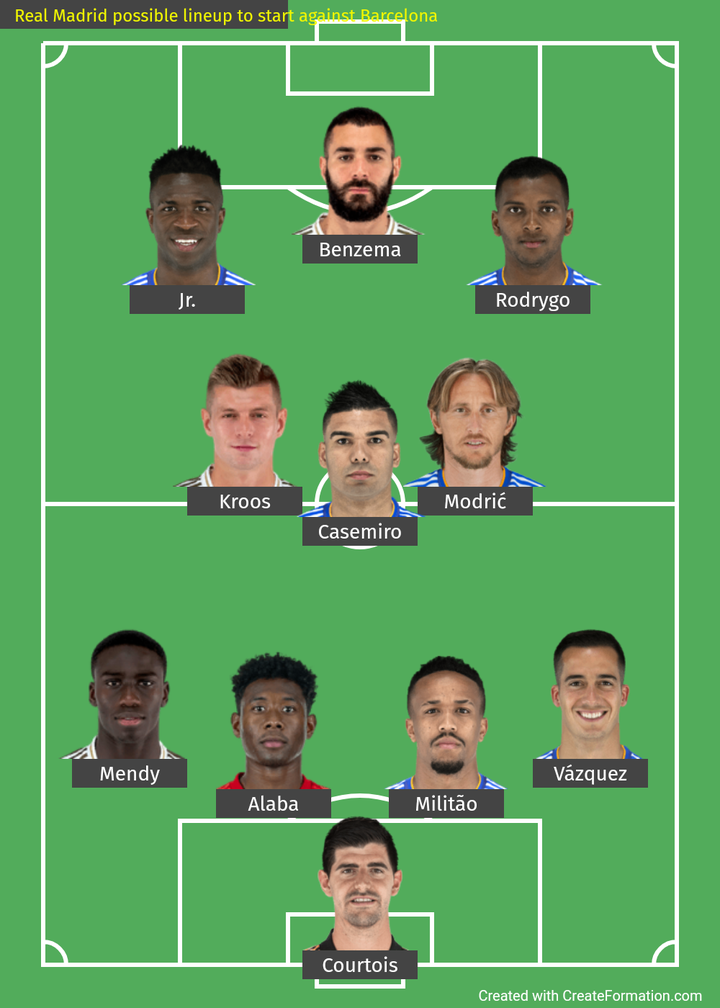