I made my Ancesstors proud - Apollo Crews

By Benuepost (self media writer) | 1 year ago 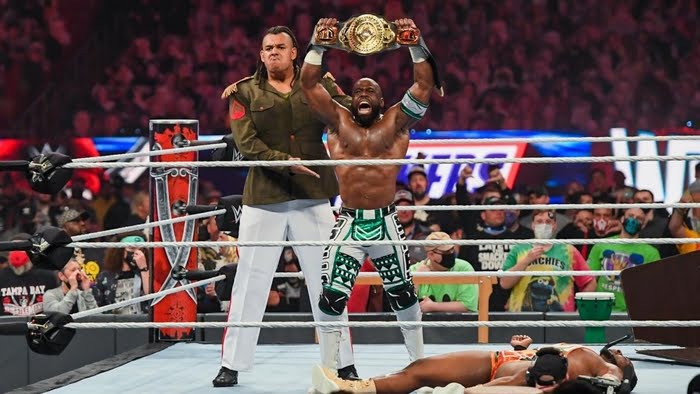 Apollo Crews defeated Big E in a Nigerian Drum Fight to become the new WWE Intercontinental Champion at WrestleMania 37 Night Two. Tables, pipes, brass gongs, and kendo sticks were strewn around the ring during the No DQ match.

Dabba-Kato, who made his TV debut last year for RAW Underground, returned with a new gimmick to assist Crews in winning the title.

As of this writing, Kato is still classified on the WWE roster under that name and as a RAW Superstar, while Crews remains a SmackDown Superstar. Kato hadn't been seen on TV since a September RAW Underground episode, but was drafted to RAW in October, only to vanish from the spotlight until now.

“It makes no difference. Crews said, "The truth is that I won the Intercontinental Championship." “Take a look at this man's height, but don't be concerned. Later, you'll figure out who this is.”

“What matters right now is that Apollo Crews did exactly what he said he would do, which is win the Intercontinental Championship,” Crews said. “I was victorious.”

Content created and supplied by: Benuepost (via Opera News )