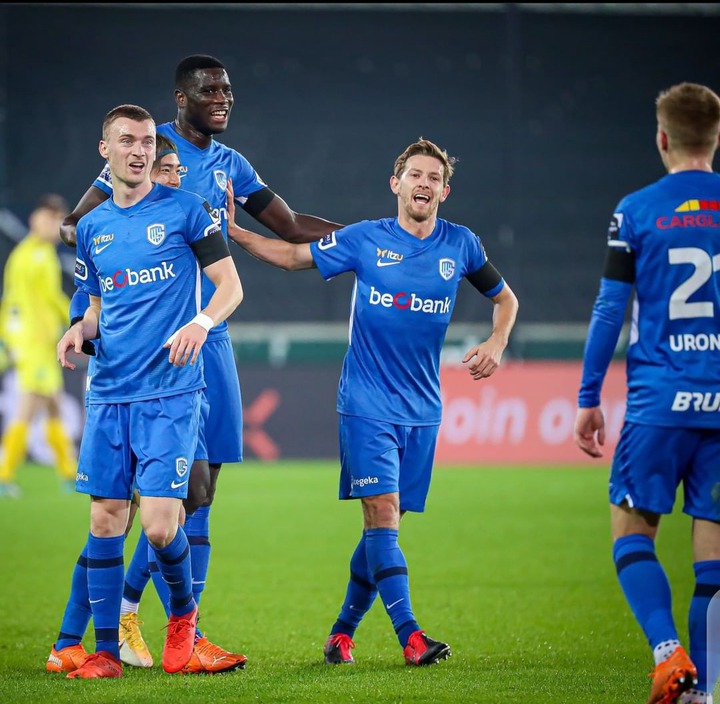 The former FC Midtjylland of Denmark Striker retained his spot in the home team's attack, and he was able to shine again, as he netted a goal to guide his team to a deserved victory.

Paul Onuachu started in the attack alongside Junya Ito and Theo Bongonda, and the trio were exceptional for John van den Brom led team. Onuachu tried his efforts to give his team the lead in the early minutes of the first half, but he was denied by the away team goalkeeper Simon Mignolet, as the first half ended goalless.

The visitors took the lead through the Nigerian star's effort in the 57th minutes, after receiving an assist from Bryan Heynen, and Junya Ito doubled the lead in the 74th minutes, before Kristian Thorstvedt scored the last goal of the game in the 75th minutes to end the match 3-0 in favour of the home team. Paul Onuachu was exceptional for the home team in the entertaining fixture, and he was able to net a goal, to inspire his team to a deserved victory.

The goal now means Paul Onuachu has netted the total number of 35 goals in all competitions this season, (netting 31 League goals, two League Cup goals, and two goals for the Super Eagles of Nigeria).

The 3-0 victory has now taken Racing Genk football club to the second spot in the Belgium Pro League table with 34 points, five points behind the league leader Club Brugge, who have 39 points.