Two Real Madrid And Two Chelsea Players Featured In The UCL Team Of The Week.

By Godsports (self meida writer) | 12 days

The 1st leg matches of the Uefa Champions League semi-final have been concluded as we witnessed two tantalising matches in Real Madrid vs Chelsea and PSG vs Man City. 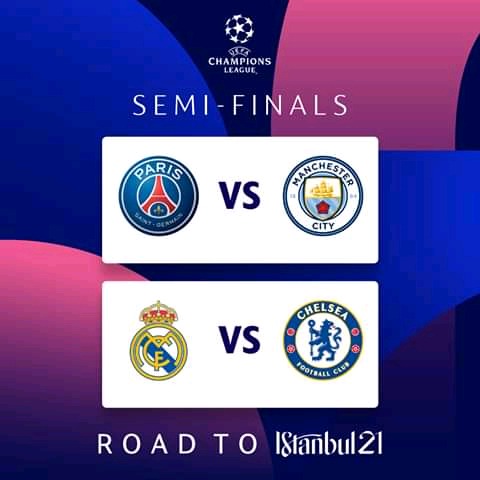 The first game played in the UCL semi-final saw Real Madrid and Chelsea face off at the Estadio Alfredo Di Stefano. Both sides were unable to secure victory from their encounter as goals from Christian Pulisic and Karim Benzema made the scoreline 1-1 at the end of the match. 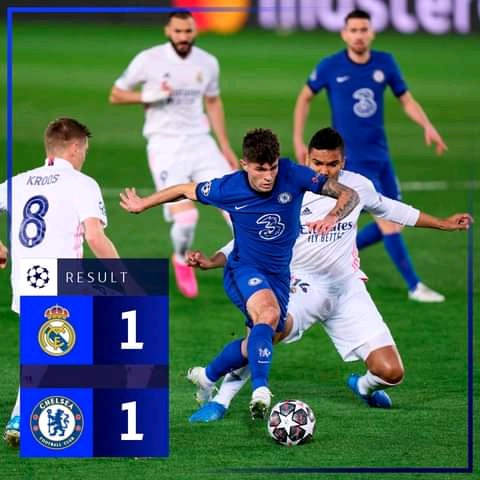 Manchester City on the other hand, strengthened their hope of winning the UCL title this season as they came from a goal down to narrowly defeat PSG 2-1 at the Parc Des Princes thanks to goals from Kevin De Bruyne and Riyad Mahrez. 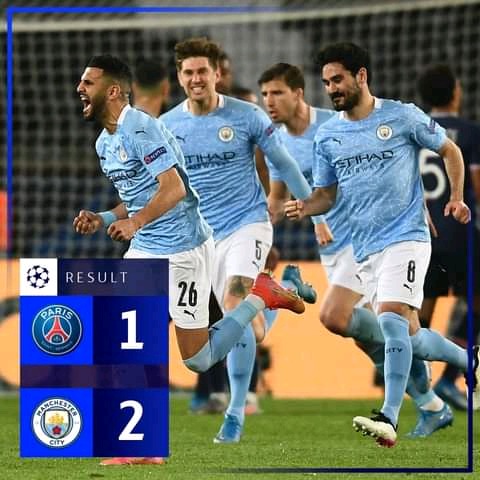 We also witnessed outstanding performances from some players as they played their roles perfectly and also made a great impacts on the game. 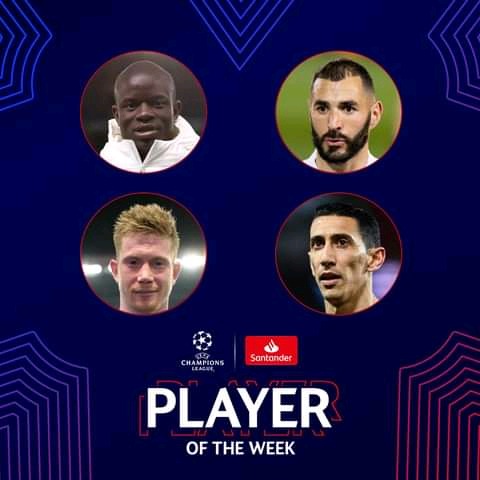 The Uefa Championship League Team Of The Week have just been released consisting of the best-performed player in each position.

Champions League Team Of The Week. 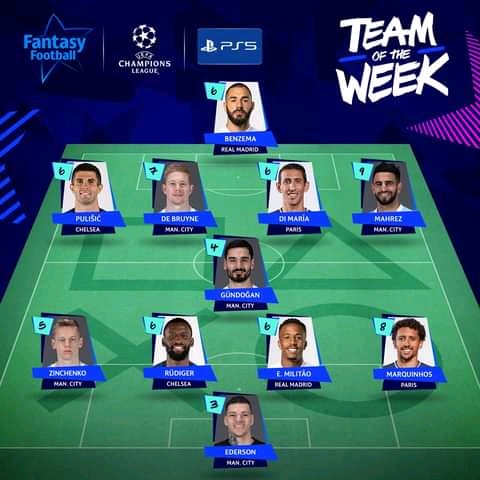 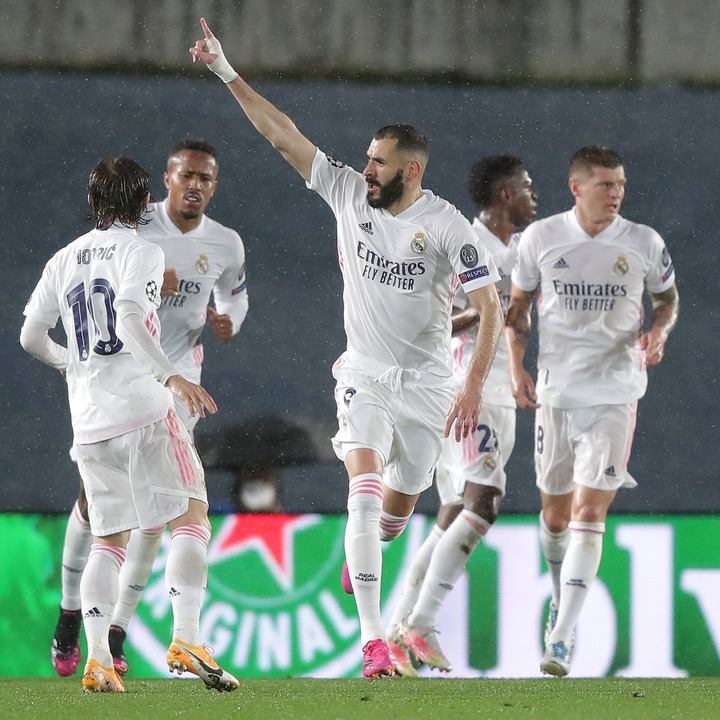 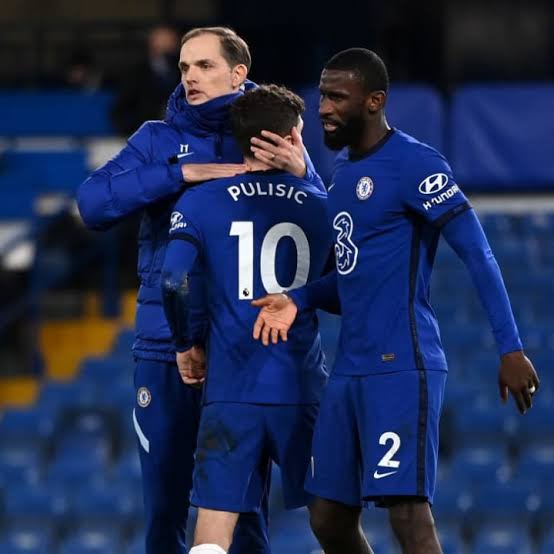 What do you make of the UCL team of the week? Kindly drop your comments below. Thanks for reading.