With only to rounds of fixture remaining, the Premier League season is gradually coming to a long awaited conclusion. 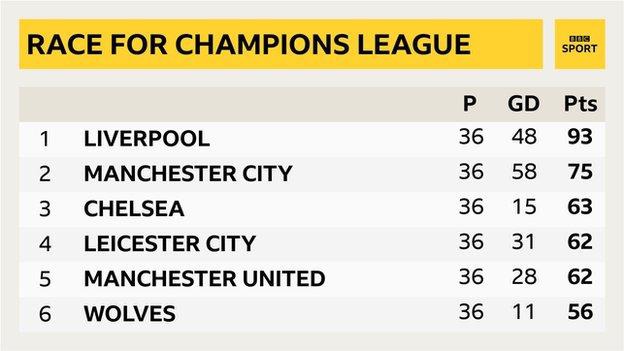 The race for top four will definitely go down to the wire. 3 teams still have realistic chances of finishing in the top four, while 2 others have mathematical chances.

Chelsea, Leicester, and Manchester United in that order occupy 3rd to 5th presently, while Wolves and Tottenham Hotspur are 6th and 7th respectively. 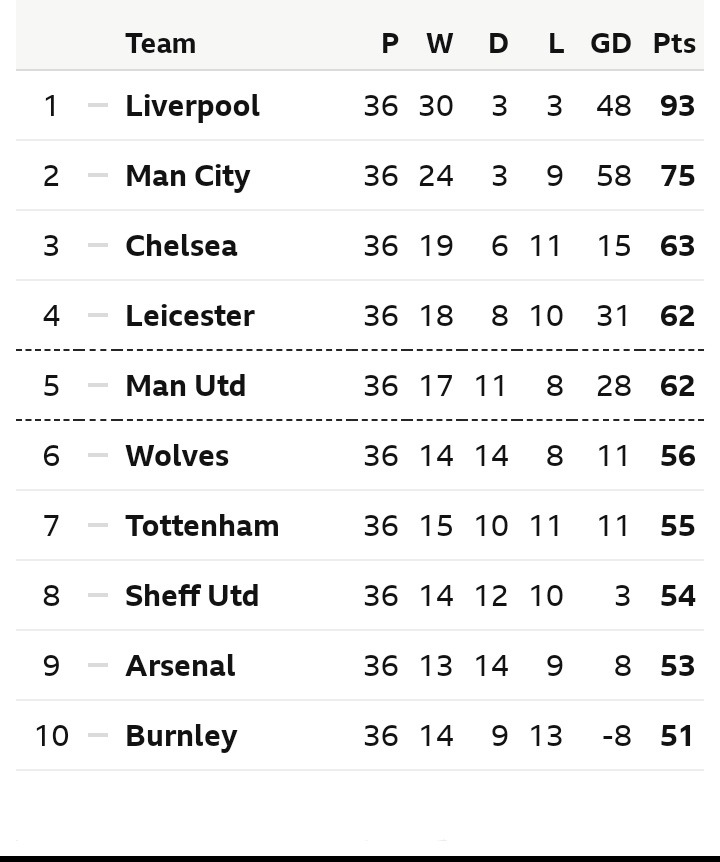 Chelsea are placed 3rd going into match week 37, but with just one point separating them and 5th placed Manchester United, the blues may find themselves outside the top four by the time they play their last game of the season against Wolves on 26nd July.

Although Chelsea still has the best chance among the three teams, there are a possible combinations of outcome that could see them finish outside the top 4. 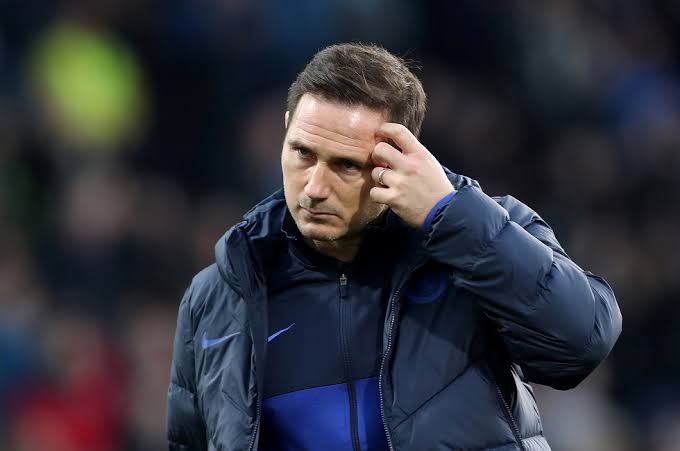 If the blues are beaten by Liverpool on 22nd July, a win for Manchester and Leicester in their respective games would put Chelsea in a difficult situation going into the final day of the season. 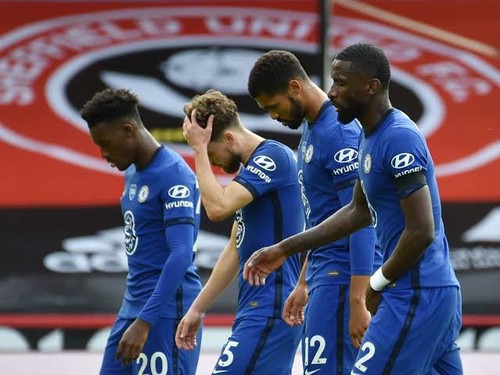 If that be the case, Man United and Leicester who both play against each other on the final day, could both qualify ahead of Chelsea if the blues fail to beat Wolves on the same day.

This means that a draw in the game between Leicester and Man United at the Kings Power stadium, would be enough to see both teams qualifying ahead of Chelsea. 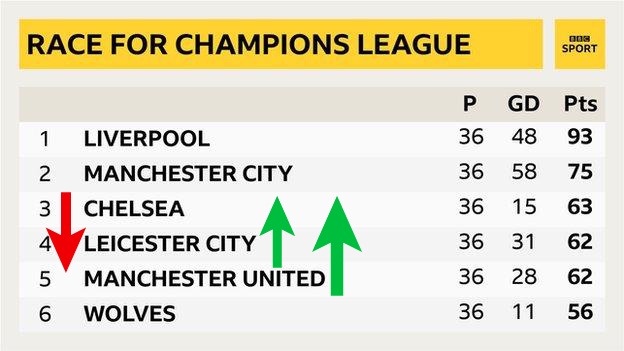 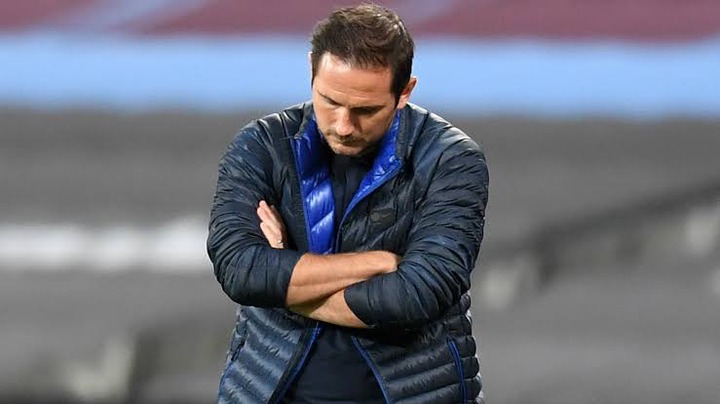 The Blues are in FA cup action tomorrow against Manchester United. The semi final clash is expected to be a mouthwatering encounter as Frank Lampard looks to avoid another defeat at the hands of his Old Trafford counterpart in Ole Gunnar Solkjaer.

The Red devils have beaten Chelsea three times already this season, and with the two teams set to meet for the fourth time this term, Man United could yet deliver a fatal blow that would be devastating for Chelsea's confidence ahead of the final league fixtures. 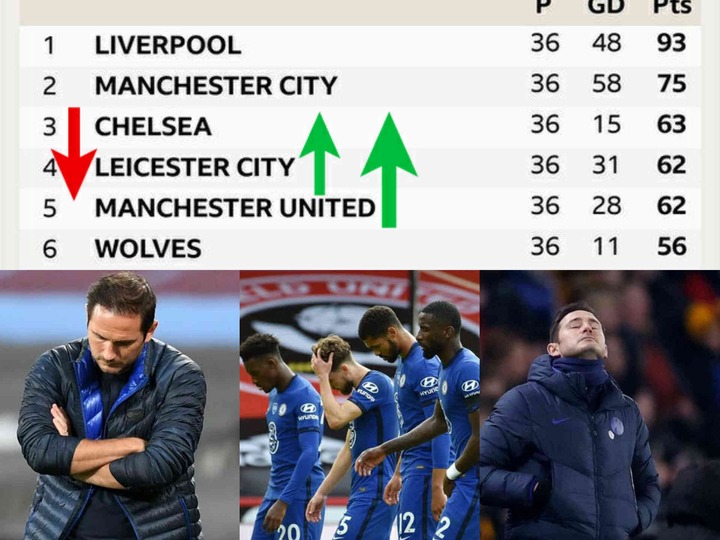 Chelsea desperately need to win tomorrow, but they also need to save legs for the top four race. I think a win against Manchester United would really be nice for their confidence.

Frank Lampard said yesterday that he would very much like to win the FA cup as a manager , having also won it as a player. 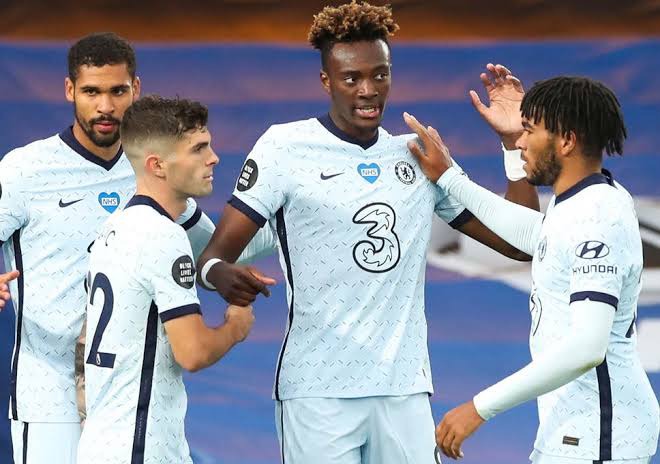 If they overcome the Red devils and go on to win the final, he would be joining Roberto Di Mateo and Gianluca Vialli who have both won the trophy in their playing and managerial career at Chelsea. 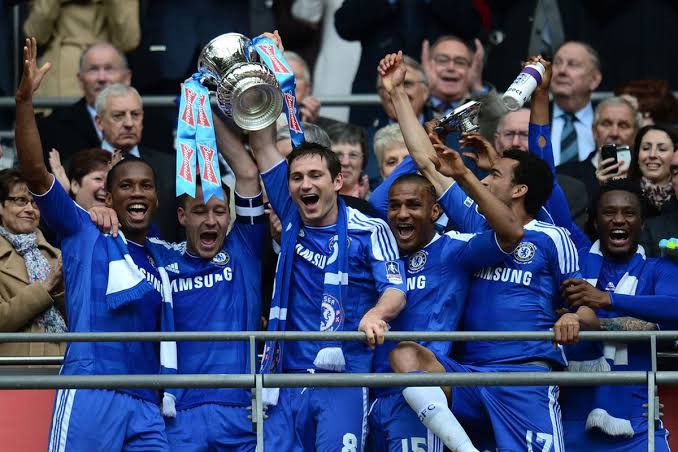